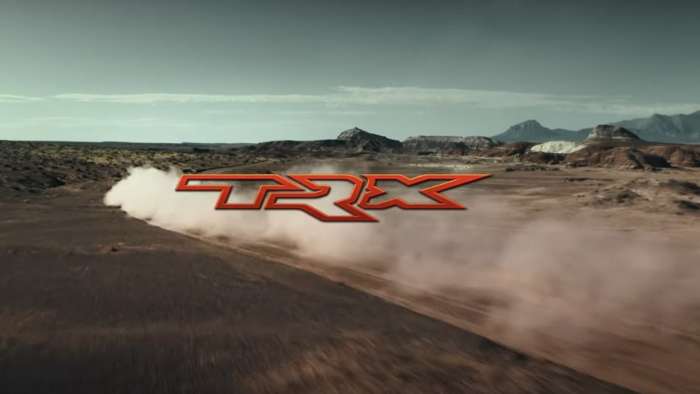 FCA announced yesterday that the 2021 Ram 1500 TRX with the supercharged Hellcat Hemi will debut on August 17th, followed by a teaser video on social media that lets us hear what is likely to be the most powerful production pickup in the world.
Advertisement

After years of waiting, the Ram brand has finally announced that the Hellcat-powered Ram 1500 TRX will debut on August 17th. There are no details of the debut, shy of the fact that everyone will be able to watch the introduction of the supercharged super-truck on the brand’s Facebook and YouTube channel. We expect that the debut will be similar to the introduction of the Dodge Durango Hellcat, Charger Redeye and Challenger Super Stock last month, with a brand executive walking through the fine points of the machine.

FCA and the Ram brand have been very quiet about the Hellcat-powered pickup, but there has been so much leaked information that there aren’t many secrets remaining. We know that it is powered by the same supercharged Hemi that motivates the Dodge Hellcat models and the Jeep Grand Cheorkee Trackhawk. We also know that it is an off-road performance truck, destined to do battle with the Ford F-150 Raptor. However, there had been almost no official recognition of the Hellcat Ram 1500 until yesterday, when the press release announcing the official debut date was issued. 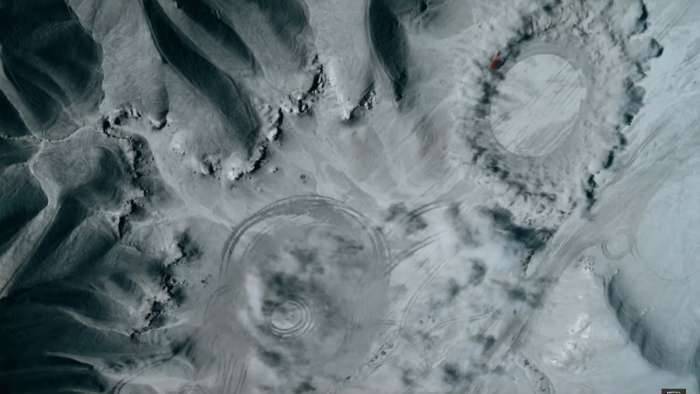 That press release didn’t really say much and it didn’t include any images. Fortunately, a video posted to the brand’s social media channels gives us a chance to hear the Ram 1500 TRX in action. We can also kind of watch the supercharged pickup in action, although the massive amounts of dust being kicked-up into the air prevent us from actually seeing the truck in detail.

Ram 1500 TRX: Places
The teaser video that has been posted to the Ram Truck brand’s social media channels is titled “Places” and it is short, lasting just 22 seconds. The video begins with drone footage of a desolate desert area. The narrator confidently states “there are places you thought that you could never go, until now”. Towards the end of that statement, we see dust being stirred, presumably by the Ram 1500 TRX. We also hear the roar of the supercharged Hemi, including the faint sound of blower whine around the 13-second mark.

From the drone footage, we can actually see the Ram 1500 TRX, but we are so far away that it is nearly impossible to make out any details. During the overhead donuts, around the 12-second mark, we can see a red truck quickly emerge from the smoke (above) before disappearing again. Starting around the 15-second mark, we can clearly see the truck storming across the desert (below), leaving behind it a long trail of dust. This truck is not red, instead appearing to be white or silver. 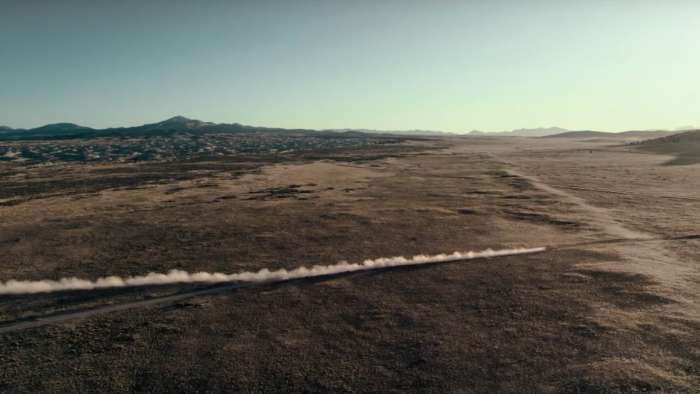 Finally, the last scene in the video shows the truck racing away from the drone and while the camera is a bit closer, the angle prevents us from seeing the truck through all of the dust. As the video ends, the TRX logo is emblazoned across the screen, followed by “August 17th >> 12:00PM EDT”.

Frankly, we cannot wait for what is likely the most powerful production truck ever to debut. We have been waiting since the concept was introduced back in 2016, but our connections within FCA have assured us that the Ram 1500 TRX will be well worth the wait.