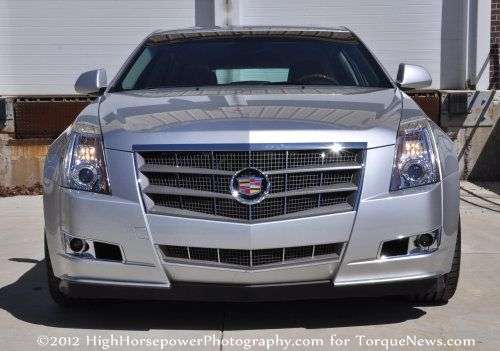 While it is a good point that retail sales for GM were only down 3% while the rest of the 6.4% decline was due to a drop in fleet sales – three of the four GM brands posted negative growth in July 2012 compared to July 2011. In addition to the drop in fleet sales, GM was hit by the fact that there were only 24 selling days in July 2012 while the July 2011 had 26 days – which played a part in the overall decline in sales growth. The good news is that with 201,237 vehicles sold last month, GM was still led the industry in sales for the July 2012 by a margin of almost 29,000 units.

The shining star for General Motors in July 2012 was Cadillac with a year over year increase of 20.7%. Cadillac was led in growth by the Escalade, which improved by 22.9% over the same month last year. The popular Cadillac SRX was second in terms of growth with an increase of 18.8% and the Escalade ESV was third with an improvement of 17.5%. When it comes to sales volume, the Cadillac SRX led the brand with 4,911 SUVs sold with the Cadillac CTS lineup coming in second with 4,743 coupes, sedans and sport wagons sold. In just its second month of sales, the new 2013 Cadillac XTS flagship sedan was third in sales with 1,739 new vehicles sold last month. On the year, Cadillac has sold 76,229 vehicles – marking an decline of 12.6% in sales compared to the same period last year but with the new XTS storming onto the scene and the new ATS soon to follow, I fully expect to see Cadillac’s numbers improve significantly over the second half of 2012.

The other three brands from General Motors all posted negative year over year growth in July 2012 but with a loss of only 6.8%, Chevrolet was the best of those three. The Chevrolet brand was led in growth by the Chevy Volt – which posted an incredible improvement of almost 1,400% in selling 1,849 units last month. The new Chevrolet Caprice police car was second in terms of growth with a jump of 455% and the roomy Express van was third in growth with an improvement of 74.6%. The Silverado pickup family led Chevrolet in sales volume with 28,972 trucks sold while the Equinox was second with 19,906 units sold and the Chevy Cruze was third with 14,954 new compact sedans sold. While they are technically two different models, the Chevy Sonic was previously the Chevy Aveo and to show how much improvement has come with the name change, GM sold almost twice as many Sonics last month as they sold Aveos in July 2011. On the year, GM has sold 1,100,604 vehicles – an increase of 4.5%.

Sales growth was down across the board for Buick but the bright spot for the affordable luxury brand was the strong sales of the new Verano compact sedan. The Buick Verano moved 4,235 units last month making it the brand’s second bestselling vehicle – trailing the top selling Enclave by just 125 units. The flagship LaCrosse sedan was third in sales with 4,001 units sold. On the year, Buick has sold 104,589 units for a decrease of 5.3%.