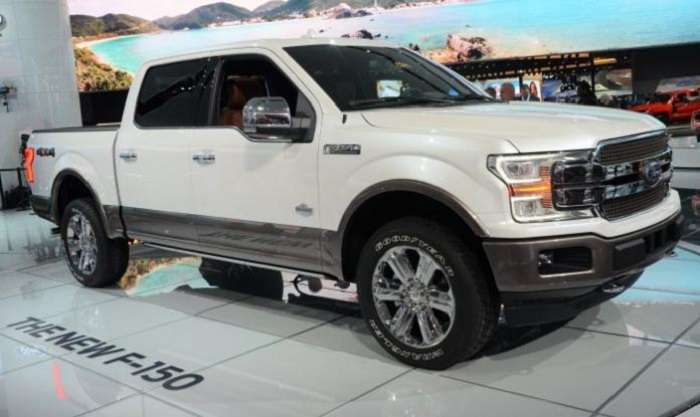 The 2018 Ford F150 configurator page has gone live on Ford.com, allowing us to get a full look at the pricing for the new and improved half ton pickup – with small price increases across most trimlines.
Advertisement

A few months back, we learned that the 2018 Ford F150 in XL trim would cost a bit more than the current (2017) entry-level models, but now that the full configurator tool for the 2018 F150 has gone live on Ford.com, we can look at the numbers for the full lineup – along with seeing how the 2018 prices compare to the 2017 prices.

The 2018 Ford F150 Lariat appears to be the only trimline for the new model year to see a decrease in price, as the new model starts at $40,685, $180 less than the 2017 version. It should be noted that in addition to the new look, all of the models above the XL and XLT get the new 10-speed automatic transmission, which improves performance and efficiency, so any price increases can be connected to the improved transmission. However, the 2018 F150 Lariat seemingly starts a bit less when equipped with the standard 2.7L EcoBoost V6, the Super Cab/Short Bed configuration and the 10-speed automatic. With the F150 XLT and all models above it in the lineup, adding four wheel drive adds $3,425 to the bottom line (except for the Raptor, 4WD is standard).

The next three trimlines are the premium options for the F150 and each of them are only offered with the Super Crew configuration.

Finally, the top of the line 2018 Ford F150 Limited starts at $60,520 – up $320 from the 2017 model year. This price includes the 3.5L EcoBoost V6 mated to the 10-speed automatic transmission, rear wheel drive, the short bed and the longest list of standard features inside and out.

So, if you have been holding off for the redesigned 2018 Ford F150, it appears that you won’t be paying a whole lot more for most of the trimlines, even though the 2018 model year offers improved performance, efficiency and gadgetry inside, outside and under the hood.