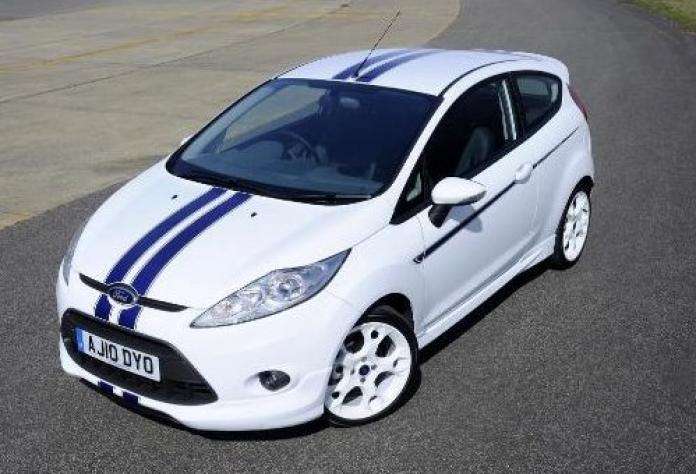 Ford introduced the Fiesta S1600 in 2010, with a Fiesta 3-door hatchback sporting a 118 horsepower 1.6L 4-cylinder and while much has remained the same for the 2011 Fiesta S1600, the new sporty hatchback receives more horsepower that we won’t be getting in the US.
Advertisement

The 2011 Ford Fiesta S1600 packs a high-revving 1.6L 4-cylinder engine, making 132 horsepower at 6,700rpm and 118lb-ft of torque at 4,250 – 14 more horsepower than the previous S1600 model. This is a hefty improvement over the standard Fiesta in the UK but with just 12 more horsepower than the American Fiesta, it may not seem like much of an improvement. The key for the 2011 Fiesta S1600 is the lightweight 3-door chassis that is, sadly, not offered in the United States and the smaller Fiesta mated to the higher performance engine makes for one hot hatch.

In addition to the 132 horsepower engine, the 2011 Ford Fiesta S1600 comes with a heavy dose of exterior upgrades including a lower front fascia, side sills, a rear diffuser, a subtle rear spoiler, 17” bright white wheels and the white/blue or blue/white paint scheme. Inside, the Fiesta S1600 comes with a handful of leather upgrades furthering the white and blue scheme echoed on the heated sport seats, e-brake boot and steering wheel.