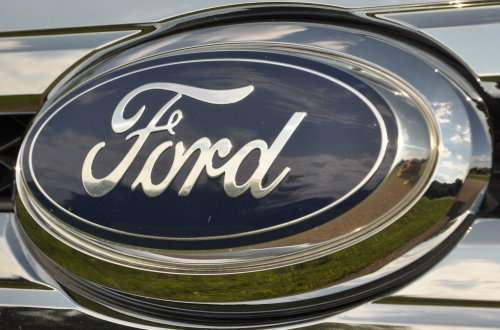 This morning, Ford Motor Company announced that they had come to a tentative agreement with the United Auto Workers for a new labor contract, with the automaker committing to add 12,000 new jobs in the United States while also promising to invest $16 million dollars to protect the future of American manufacturing jobs.
Advertisement

While the entire details behind the pending 4-year contract between Ford and the UAW have not been offered up just yet, the major details have become available through press releases from Ford and statements from those involved with the automakers union. While the numbers may vary, the Ford deal with the UAW looks to be very similar to the new contract between General Motors and the union, with annual lump sum bonuses in lieu of cost of living raises, promises of new job creation in the US, large plant improvement investments and a hefty signing bonus being the key points of the new deal.

The most exciting news for the American public is that the new Ford/UAW contract has the automaker promising to create roughly 12,000 new jobs here in the USA. There isn’t any detail on how these jobs will be created but we can expect added shifts at the Flat Rock plant (the home of the Ford Mustang) to provide overflow production support for the Mexican-made Ford Fusion. 7,000 of these jobs were already planned but Ford plans to add over 5,000 more entry level workers as part of the new labor contract by the end of 2012. These workers will start on with Ford at $15.51 an hour.

One way that Ford will be creating some new job openings is by encouraging tenured workers to retire, which is also similar to the GM/UAW deal, but Ford is showing the UAW the money with their buyout deal. General laborers who are willing to retire will reportedly receive $50,000 while skilled trade workers will get a whopping $100,000 if they retire under the new contract.

"This tentative agreement adds another 5,750 new jobs to communities across America where people have been struggling to recover from our nation's economic turmoil," said UAW President Bob King. "These new UAW jobs mean more than 12,000 new jobs in total with jobs previously announced by Ford. Many of these jobs will be added by the end of 2012, and all will be added during the term of the new contract. Last week, the UAW and General Motors Co. announced the creation of 6,400 jobs at GM. The American auto industry is on its way back."

Next, if the new Ford/UAW contract is approved by all involved parties each of the 41,000 workers will receive a $6,000 signing bonus along with an annual lump sum bonus of $1,500 rather than getting annual “cost of living” increases. GM workers agreed to their terms which included $5,000 signing bonuses and $1,000 cost of living lump sum bonuses so Ford workers are looking to make more bonus money than their GM-employed counterparts. Unfortunately, the whispers around the Detroit area suggest that workers from Ford might not think that there is enough money in this deal for them, considering the levels of profit displayed – and the multi-million dollar bonuses paid to executives – over the past year.

The other major portion of the tentative Ford/UAW deal is the investment of over $16 billion dollars at US plants to fund factory upgrades and retooling efforts. $6.2 billion of this figure will go directly into US plants by the end of 2012 and of that amount; $4.8 billion is “new” and comes as part of the UAW labor deal.

The entire tentative labor contract between Ford and the United Auto Workers is expected to be posted online later today as the workers begin to review it for themselves. Ford hopes to see the new contract approved within the next few weeks but if workers are not happy with this tentative contract, they could refuse it – pushing them closer to striking as Ford works to prevent that possible work stoppage.

Frank Sherosky wrote on October 4, 2011 - 12:26pm Permalink
Ford stock finally made a move to the upside; not by much, but a start. I picked up a few shares for my long-term IRA; that is, after I wrote my article on Ford stock and notice the techncial move in price.
hid xenon bulbs wrote on November 3, 2011 - 8:40am Permalink
I found this article is really useful for me in my job. Thanks for sharing this useful information.

LG's New EV Battery Plant Is a Welcome News for Tesla
Tesla Giga Berlin's New Hurdle: It's Not Only the Gov't, but Now Tesla Itself
END_OF_DOCUMENT_TOKEN_TO_BE_REPLACED