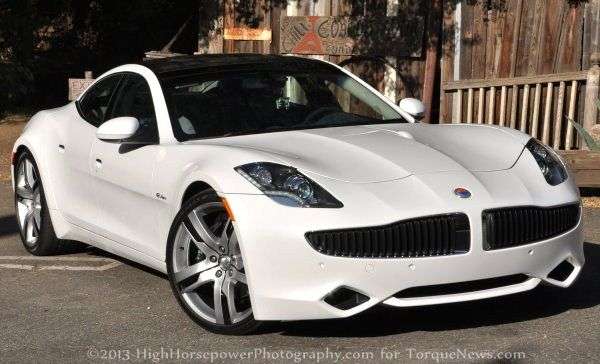 Unverified reports are claiming that Fisker Automotive CEO Tony Posawatz has stepped down from his position atop the dying automaker – leaving co-founder Bernhard Koehler to captain the ship as they desperately look for “investors” to keep the company afloat.
Advertisement

It should be noted that at the time of publication of this piece, Tony Posawatz is still listed as the Chief Executive Officer of Fisker Automotive but multiple sources (which seem to begin with Jalopnik) are suggesting that Posawatz has stepped down from his position with Fisker. These reports indicate that Bernhard Koehler, company co-founder and current CEO of Fisker operations in Europe and the Middle East, has stepped in to fill the role of the head honcho of the whole company…or at least what little is left.

Should the reports prove to be accurate, this would mark the third change at the top of Fisker Automotive corporate ladder since the beginning of 2012. When company founder and brand namesake Henrik Fisker left the company early last year, Tom LaSorda stepped in to fill the role in February but the former Chrysler executive only lasted about five and a half months before he stepped aside to let former General Motors executive Tony Posawatz take the top spot at Fisker Automotive. Posawatz was a major part of the early success of the Chevrolet Volt project when serving as the vehicle line director for the innovative electric hatchback. Considering that the Fisker Karma is the most similarly designed EV on the market to the Chevrolet Volt, Posawatz seemed like a good fit to help promote the struggling brand. The company was already in questionable shape when Tony stepped in but things had gotten bad enough that most of his time was spent searching for investors – or more realistically – buyers. However, after serving as the top brass of Fisker Automotive for just over a year, Posawatz has allegedly stepped down.

The reports suggest that money was the reason for Posawatz’s departure and that really shouldn’t come as a surprise. Throughout the short history of Fisker Automotive, every question about what has gone wrong can be answered with “money”. Although the company was able to raise a huge amount of money, when the Department of Energy froze the massive loans that Fisker was expecting, the company found themselves unable to proceed with their new Fisker Atlantic. Quality control issues and endless problems by battery supplier A123 systems eventually did just as much damage to the future of Fisker Automotive as the lack of money and when production stopped due to a lack of batteries – the writing was on the wall for Henrik Fisker’s company.

While Fisker Automotive could live on if the current company finds a deep pocketed buyer who wants to buy the company only to bring it back to life – interest in the company and its intellectual properties plummeted when Henrik Fisker left the company last year. Prior to that, there had been heavy interest from a variety of Chinese firms but without the brains of the operation, those Chinese suitors backed off quickly. Since then, the only interest shown by a prospective buyer was from German investment firm Fritz Nois AG. The bid was for $25 million – Fisker owes the US government almost $200 million and that huge level of debt is probably a big reason why no serious offers are coming in. Whoever buys the company is going to inherent the debt that crushed the current Fisker brand and any efforts to breathe new life into the company will have to be done without the man who lent his name to the brand after founding the company.

Without Henrik Fisker, Fisker Automotive really doesn’t stand much chance of living on.