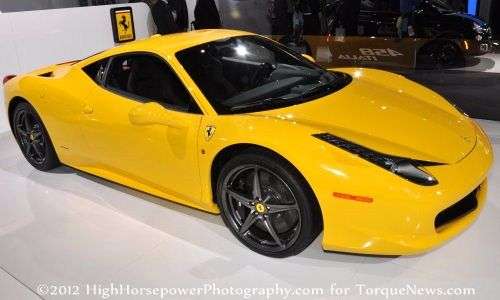 Shortly following the 5.8 magnitude earthquake hit the Emilia Romagna region north of Bologna Italy this morning, Ferrari, Lamborghini and Ducati all sent their workers home so that they could check on the wellbeing of their families and their property. This included the Ferrari headquarters in Maranello Italy, the Lamborghini base in Sant'Agata and the Ducati headquarters in Borgo Panigale. These three facilities were seemingly unaffected by the earthquake and did not sustain any significant damage but with at least 16 deaths and over 350 injuries along with reports of people buried in the damaged buildings, the Italian companies have given their workers the day off to take care of their own affairs. Business as usual is expected to resume with these three firms tomorrow.

Maserati also sent home workers from their plant in Modena Italy but not only did that company make the call to send everyone home to be with their families, but that facility reportedly has sustained some damage during the Italian earthquake. These reports have not detailed just how much damage was done or whether the plant will be able to get right back to building premium luxury cars right away or if there will need to be some repairs to get the plant back up to proper working order.

As a result of the 5.8 magnitude earthquake Tuesday morning in Italy, roughly 14,000 people are homeless in and around the Emilia Romagna region north. The epicenter of the quake was located about 25 miles northwest of Bologna and the impact was felt by many across northern and central Italy. The problem has been compounded by dozens of aftershocks throughout the course of the day with some of those measuring as high as 5.0 on the Richter scale. These aftershocks have continued to cause damage, while also slowing the search and rescue effort as there are still individuals missing; believed to be buried in the destroyed buildings. The search effort was further slowed by the fact that the earthquake has disrupted cellular phone networks around the country, making it harder for first responders to coordinate their efforts and making it impossible for those trapped in buildings to use technology to call for help.

This was the second major earthquake to hit Italy in the last 9 days, following a smaller quake that hit Italy on May 20th. That quake left around 7,000 people living in tents around the region while killing 7. Today’s quake was far less severe in terms of the measured force but it was more deadly, as it hit a more populated area that is known for being one of the most active agriculturally and industrially areas in the country.

Our thoughts go out to the people of Italy as they deal with the lost of homes, business and, most importantly, loved ones.