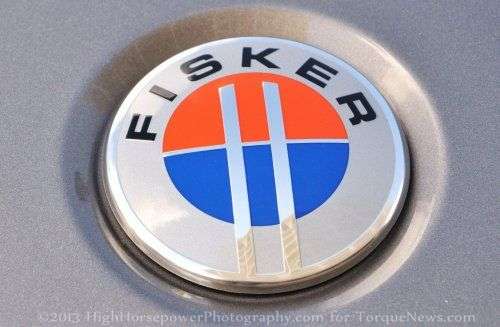 The end is here - Fisker lays off 75% of their staff

Fisker Automotive announced today that they would be laying off approximately 75% of their corporate workers in Southern California while the 25% kept on are those essential workers who are tasked with selling off the assets of the company – signaling the unfortunate end to the luxury EV maker.
Advertisement

Fisker Automotive has spent the past year or so hunting for “strategic alternatives” to solve their financial crisis with the most interested parties being a handful of Chinese companies. Unfortunately, when company founder Henrik Fisker resigned on March 13th, the two key Chinese parties were quick to remove their offers to buy Fisker. After all, while the Karma is an amazing vehicle – it seems like a far less attractive deal when the brains of the initial operation aren’t involved in the purchase. Without the prospect of a wealthy Chinese company buying the operating Fisker brand, the Fisker Automotive had no choice but to begin cutting back on their variable expenses and the first area to cut back in a failing company is generally payroll.

We brought you the news last Thursday that Fisker Automotive had furloughed its staff for one week in order to save some money but just as the crew returned to work late this week – the vast majority of them have been given their walking papers. The announcement came to employees at 8am this morning (PST) with roughly 160 workers coming in only to find out that today would be their final day at Fisker Automotive.

Fisker expects that by the end of the day, only about 25% of their workforce will still be employed. That group will consist of high ranking executives and other workers whose position within the company is essential to the act of selling the company whole or selling off the assets of the company piece by piece. While the company statement didn’t go into much detail as to who got to keep their jobs beyond today, we would guess that public relations, marketing and other positions responsible for company growth have been let go but with vehicles still on sale around the world, there is probably still come sort of sales team on hand to help move the rest of the vehicles already built. Of course, the bigwigs (at least the ones who haven’t already left) are on hand to make the final company decisions while the bean counters are on hand to handle the final financial matters.

Should it become an issue of parting out Fisker Automotive, selling the company assets rather than selling it as an assembled (and bankrupt) automaker, it shouldn’t be a particularly extensive sale. The Fisker Karma sedans were all built overseas at Valmet Automotive - a plant that the company does not own. Fisker does own the Delaware plant where they intended to build the future Fisker Atlantic but with American production depending on a US government loan that never arrived, it is unclear just how much that plant had been prepared for production.

A sad farewell
While I am the kind of car guy who would much rather be roaring down the drag strip in a 600 horsepower American muscle car than cruising along the coast in a luxury sedan, I have been in love with the Fisker Karma since I first met it at the 2008 Detroit Auto Show. Ive been following the progress of the Fisker brand since well before the first Karma ever touched a public road and I was among the first group of American journalists to drive the Karma here in the US. I have had the chance to sit down with Henrik Fisker and learn about his passion not just for the brand that he created but a strong passion for the auto industry as a whole. He is a man who is proud of what he has created with the Fisker brand while also marveling at other innovations in the auto industry. When he talked about the Karma, he didn’t sound like a car salesman trying to sell me something…he sounded like a designer who had created something that he loved. When he talked about the Karma, it didn’t make you want to run out and buy one – it made you want to see his vision succeed. After driving the Karma, I found myself rooting for Fisker’s incredible EV ever more.

With 402 horsepower and incredible electric range, the Fisker Karma offered more driving excitement than any EV on the market while the 4-cylinder range extending gasoline engine promises that you will never be stuck somewhere, waiting for the battery to charge. It is incredibly fun to drive yet wonderfully efficient with impressive electric only range and it offers all of that without any range anxiety. Add to the high performance drivetrain a striking exterior design and you have – in my opinion – the most exciting “alternative power” vehicle on the road. Unfortunately, the suspension of promised government funding, problems with their battery supplier and a natural disaster that wiped out a bunch of ready-to-sell Fisker Karma sedans proved to be too much for the startup automaker to overcome.

There is the chance that some other automaker (possibly a Chinese company) will still buy the Fisker brand and continue to produce the Karma in some form but with today’s announcement that Fisker had laid off 75% of their workforce – it appears that Fisker as we know it has come to an end.