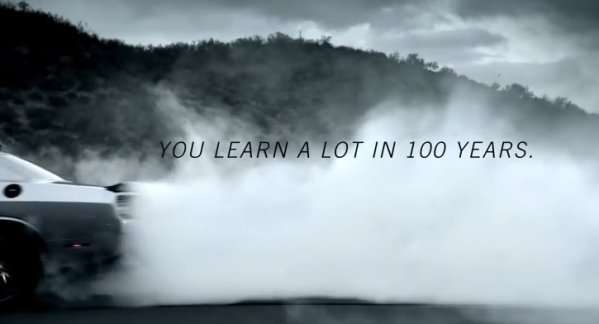 There were a great many popular commercials during this year’s Super Bowl broadcast, but the 2015 Dodge Challenger 392 Shaker and a collection of very old people to grab the attention of viewers during the NFL’s championship debut – and what is arguably the biggest advertising day for the American market every year.
Advertisement

Commercial spots during the National Football League’s Super Bowl are among the most expensive ads that run on American television during the course of the calendar year, with many of the people who watch the big game tuning in strictly to see the commercials. With this in mind, advertisers have to make sure to draw plenty of attention with their Super Bowl ad and for the 2015 championship game between the New England Patriots and the Seattle Seahawks, the Chrysler Group opted to show off the 2015 Dodge Challenger.

This was kind of an odd move, as the Dodge Challenger has been out for a while and as Chrysler Group vehicles go, the Challenger is one of the lower volume vehicles in terms of American sales. However, among those vehicles sold by the smallest of the three American automakers, it is hard to argue that any one vehicle applies to the interests of the average NFL fan more than the Dodge Challenger. Sure, you might have more Ram truck owners tuning in and the Dodge Viper packs more power, but to John Q Footballfan, the Challenger is within reach and for that reason, it was a great pick to serve as a featured vehicle in the company’s expensive Super Bowl ad.

Dodge Wisdom
The Dodge Super Bowl ad was titled “Wisdom”, and in addition to a 2015 Dodge Challenger 392 Shaker edition, this 60 second spot has a collection of very old people. Dodge turned 100 years old in 2014, so in this commercial, the company has rounded up a group of people who are at least 96 years old and these elder individuals have been asked to offer up a few words of wisdom. The oldest person in this commercial was born in 1910, making him at least 104 years old and with the other folks ranging from 96 to 103 years old, there is a whole lot of wisdom to bestow upon the Super Bowl crowd.

The crucial bits of information offered to us all by these older folks include things like “Live for now”, “There are miracles all around you” and “Don’t forget where you came from”. I could go on and on, but it is best to just watch the commercial below.
Of course, this is a car ad for a muscle car, so in addition to the wisdom of the ages, we get to see a 100 year old man named Fred J. Wild do a nasty, smoky burnout in the 2015 Dodge Challenger.

A Big Hit
The inclusion of these older folks with their comments that seem like common sense (yet so many of these are so often forgotten in life) appeals to a very wide audience, as listening to these people tell us what they have learned is powerful to anyone –even those who don’t care about the auto industry. At the same time, the high performance Mopar muscle car roasting the tires is the perfect attraction for the average NFL fan so with this commercial, the Chrysler Group grabbed the attention of automotive enthusiasts and those who have no real interest in the new Challenger.

One other good sign of success from a Super Bowl ad is its viral reach after the big game and with almost 3 million views since the video went live in YouTube a few days ago, there is no question that this Dodge Challenger commercial is a huge success.
If you haven’t seen the video already, crank up your speakers and enjoy this Super Bowl spot featuring a bunch of very wise older folks and the 485 horsepower Dodge Challenger.