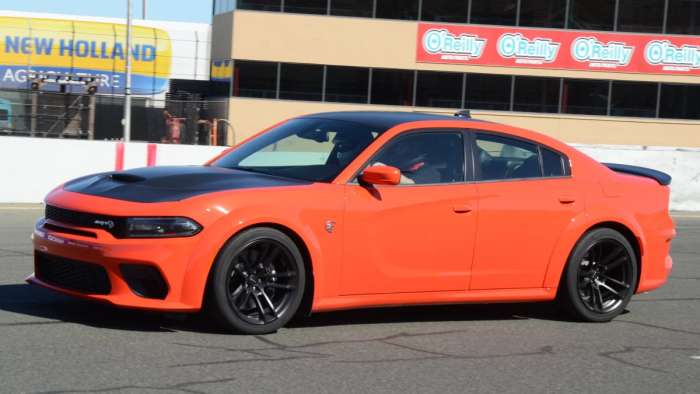 Even though there is no official sign that Dodge is working on a Charger with 797 horsepower, the Hellcat Redeye sedan is the most commonly asked-about vehicle in the social media community.
Advertisement

In case you didn’t know, the performance car community is never satisfied, even when the latest, greatest thing is exactly what the community has been demanding. For months earlier this year and late last year, the American performance car community, particularly in the Mopar groups, were pleading for a widebody version of the Dodge Charger, so you might think that when the widebody sedan was introduced, the community would be satiated for at least a little while.

Maybe they were satisfied for a little while, but it only lasted a day, maybe less, as commenters on articles about the 2020 Dodge Charger SRT Hellcat Widebody wanted to know about the Redeye. Unfortunately, there was no mention of a Redeye when the widebody Charger was introduced and there has still been no official word on a sedan with nearly 800 horsepower, but in reply to just about every article, video or social media discussion about the world’s fastest four-door, multiple people ask about the Redeye.

More specifically, they want to know when the Redeye Charger will arrive and sadly, we don’t have an answer for that question. However, based on what my insiders have told me, we will see one sooner or later. Since people keep asking me “what I know” about a Redeye sedan, here it is in all of its speculative goodness.

Dodge Charger Redeye Inside Info
First off, there has been no official word from FCA about the existence of a Dodge Charger SRT Hellcat Redeye project. No information issued to the media has made any mention of a Redeye Charger and when asked about it, any FCA representative provides the old “we don’t comment on future product” line.

However, a few weeks before the Dodge Charger SRT Hellcat Widebody debuted in concept form at the LX Spring Festival in California, a few people with information about these cars reached out to me. They provided details as to when the widebody Charger would debut as a concept, what it would look like with regard to the unique SRT camo wrap and the fact that while it was being called a concept, it was a production-ready car. Everything that those insiders told me about the widebody Charger proved to be accurate, but some of them went a step further. 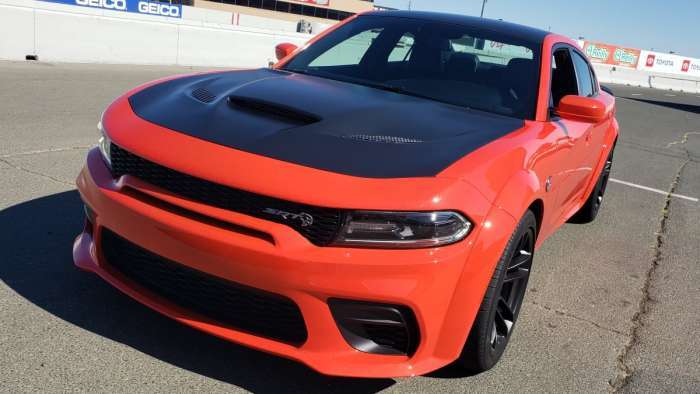 They explained that there is a Redeye version of the Hellcat Charger in the works, but it would not debut at the same time as the widebody sedan. They didn’t know exactly when it was coming, but they told me that a 797-horsepower Charger is coming sometime in the future. Some said that it might not be until 2021 or 2022, but they believe that it is coming. Of course, they could be wrong, but they were right about everything pertaining to the widebody Charger.
If I had to guess, I would expect that the Dodge Charger SRT Hellcat Redeye will be introduced sometime in 2020 before arriving for the 2021 model year, and here’s why.

Why 2021 for the Redeye Sedan
The Dodge Challenger Widebody was introduced in 2017 for the 2018 model year in both R/T Scat Pack and SRT Hellcat form. Shortly after the wider Hellcat Challenger was introduced, Wesley Motorsports took to Pikes Peak in a widebody Challenger that we later learned had more power than a standard Hellcat. That Wesley Motorsports Challenger race car got that extra power from the engine that would eventually become the Redeye engine, with the Redeye model debuting in 2018 for the 2019 model year.

Now, for comparison, the widebody Dodge Charger was introduced in mid-2019 and a short time later, Wesley Motorsports took to Pikes Peak in a Charger Hellcat Widebody with extra power. We don’t know how much more power, but I am guessing that it is somewhere around 797 horsepower, just like the Hellcat Challenger that the team campaigned back in 2017.

The Charger has followed the pattern of the Challenger lineup expansion over the past few years and if that continues, the Redeye Charger should be introduced sometime in the middle of 2020 as a 2021 model year vehicle. The patter idea certainly makes sense, especially when you consider the fact that my insiders – who were accurate about the Charger Widebody – believe that a Redeye sedan is coming in the future.

Of course, this is all purely speculation based on Dodge’s history with the Challenger and input from insiders, but people keep asking me about a Hellcat Redeye Charger and right now, this is everything that I know. As soon as I know more, you will too.