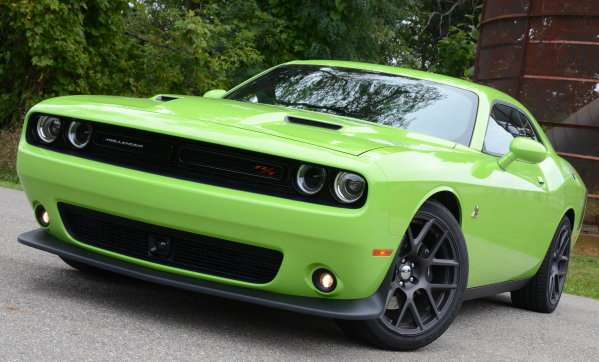 The sales numbers from the Chrysler Group are in and with 6,771 Dodge Challenger models sold last month, April 2015 is officially the best sales month ever for the modern era of the Challenger.
Advertisement

Although the 2015 Dodge Challenger refresh was fairly minimal with the key changes being to the grille, the taillight and the interior, but these changes – and the addition of the Scat Pack and Hellcat models – have culminated in some massive sales figures.

April 2015 Challenger Sales
In April 2015, Dodge sold 6,771 examples of the mighty Challenger. This is an increase of 32% over April last year and it is also a strong improvement over the strong March 2015 when “only” 6,110 Challengers were sold. Best of all, those 6,771 Dodge Challenger models sold last month are more muscle cars than the Chrysler Group has ever sold in a single month since the Challenger was re-introduced for the 2008 model year.

Following the strong first quarter for the Challenger, Dodge has gotten off to a great start on the 2015 annual sales chart. So far, Dodge has sold 22,728 Challenger, which is 41% better than the sales figures through the first four months last year and with an average of almost 5,700 units per month, the 2015 Challenger could challenge best sales year ever for the nameplate, which came back in 1970. However, with 76,935 Challengers sold in 1970, the modern Challenger will need to put together a string of very strong months to really have a shot at nearing the 77,000 unit mark.

More Strong Sales to Come
Fortunately, in addition to the normal demand for the great looking 2015 Dodge Challenger, the company is continuing to fulfill the thousands of outstanding orders for the 707 horsepower Hellcat Challenger. There have been estimates that more than 9,000 orders have been placed for the Challenger and Charger models with the Hellcat Hemi, but it is unclear as to how many have been delivered thus far. Even if only have of those are Challengers, that is a massive number of cars which will help the sales numbers throughout the rest of the 2015 calendar year.

Another factor which will help keep Challenger sales strong throughout the 2015 calendar year is the arrival of the 2016 models later this year, which will almost certainly come with some minor changes that will have enthusiasts lining up for another Mopar muscle car. Dodge has had great success with special edition packages or color-themed packages, so something like that could arrive later this year for the 2016 model year.

While the 2015 Dodge Challenger might not outsell the 1970 model, we very well could see more monthly sales records during 2015.

john yak wrote on May 1, 2015 - 10:06pm Permalink
As a very proud owner of a 2013 R/T I ordered with my name on it from factory...I am proud to be a dodge boy even near 60.. My family had a small dodge dealership in Canada in the 70s and 80s and ive loved dodge forever. With the challenger ralph and tim and the TEAM DODGE are doing a wonderful job...keep it up...and the only thing id suggest is giving us Canadians a little better price despite the dollar difference and a rebate similar to the American prices would be nice..we are neighbours after all...john dodge
Gary aldrich wrote on June 12, 2015 - 11:06am Permalink
I got mine, awesome hellcat 707hp