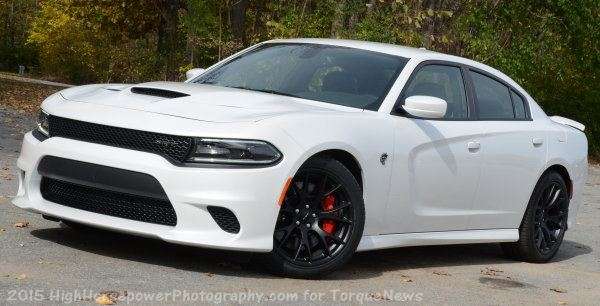 Most American automotive plants have “downtime” in the summer as they perform any retooling needed for the upcoming model year and as August is rapidly approaching, the time has come for the Chrysler Group to begin building the 2016 model year Challenger and Charger. The problem is that there are still around 900 outstanding orders for the SRT Hellcat variants of both big Dodge cars, so the Chrysler Group has announced that they will cancel those 900 or so orders – meaning that those people on the waiting list for either of the 707hp Mopar muscle cars wont be getting one for the 2015 model year.

However, to make up for this issue, the Chrysler Group will give those 900 unfulfilled Hellcat Challenger and Charger buyers a voucher to buy a 2016 model year Hellcat Dodge at the same price as their 2015 model.

Oh, that’s right – the Hellcat Challenger and Charger will be more expensive for the 2016 model year.

Dodge brand CEO Tim Kuniskis told Automotive News that the 2016 Dodge Challenger SRT Hellcat and 2016 Dodge Charger SRT Hellcat will get a price increase compared to the 2015 models. There is no other information on the 2016 pricing and there is no information on what changes might come for 2016 thus far, but we know that the Hellcat cars will cost more for 2016 than they did for 2015.

Dodge Cancels Hellcat Orders
The Chrysler Group has been buried in orders for the 2015 Dodge Challenger and Charger in the SRT Hellcat form since the coupe went on sale back in 2014. The 707hp Charger and Challenger were being ordered at such a high rate that the Chrysler Group had to remove the package from the order bank as they worked to fulfill the rumored 9000 orders received in the first portion of 2015.

To notify these 900 customers, Dodge will call them and explain what is going on, including the option to receive a voucher that will allow them to pay the same MSRP for the 2016 models (not counting dealer markups) as they would have paid for the 2015 model. From there, those folks can place a new order starting on August 10th and this time - while there will surely be continued demand – the Hellcat Challenger and Charger will be far easier to get for the 2016 model year.