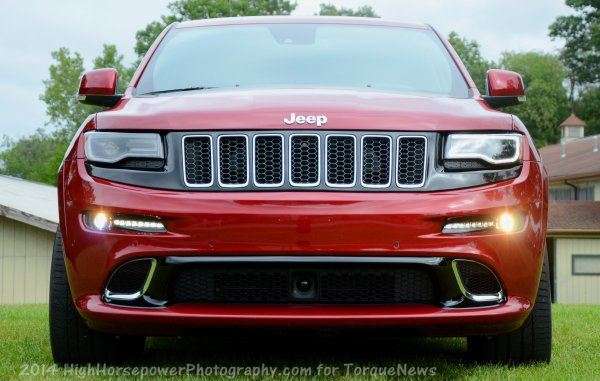 Could the Trackhawk Replace the Jeep Grand Cherokee SRT - or Pack Hellcat Power?

When the SRT brand folded earlier this year, the future of the Jeep Grand Cherokee SRT was questionable and while there is still no official word from Chrysler, it seems that the SRT Jeep could end up wearing the name Track hawk - or this could be the name of the Hellcat Hemi powered SUV.
Advertisement

Since the SRT Viper became the Dodge Viper SRT and the Chrysler Group talked about SRT becoming an installation within the Dodge brand, many fans of the Jeep Grand Cherokee SRT and the Chrysler 300C SRT have wondered what the future held for their preferred high performance Chrysler Group vehicles. Would they get the Hellcat Hemi? Would they even continue to exist with the heavy emphasis on performance within the Dodge brand?

According to the folks at Allpar, the Chrysler Group has trademarked the name Trackhawk and rumors suggest that this could be the successor to what we currently know as the Jeep Grand Cherokee SRT. There is also the possibility that the Trackhawk could be the name of the Hellcat Hemi powered Jeep - both of which are very attractive options for fans of go-fast SUVs.

Could the Trackhawk Replace the Grand Cherokee SRT?
Since the SRT brand has officially been dissolved and there has been an obvious push to feature the Dodge brand as the performance marquee of the Chrysler Group, it left many SRT Jeep fans wondering if they would still be able to buy a Grand Cherokee with the high performance Hemi engine. Provided that SRT is to become little more than a high performance trimline within the Dodge brand, there is a chance that the 6.4L Hemi would still be offered in the Grand Cherokee in the same way that the 6.4L Hemi is now available in the 2015 Challenger R/T Scat Pack. That model shows that a Chrysler Group vehicle doesn’t need to sport the SRT logo to get the 6.4L Hemi.

However, if the 6.4L Hemi with 485hp is offered in the Challenger R/T as the Scat Pack, what would it be called in the Jeep Grand Cherokee? Trackhawk sure seems to fit. After all, it would be one of the most track capable SUVs sold in the world.

What About a Hellcat Hemi Package?
There is also the option that, rather than replacing the Grand Cherokee SRT with the 6.4L Hemi, the Trackhawk could be the name of the special edition Jeep that is powered by the incredible new Hellcat Hemi. It might seem odd to install the new supercharged 6.2L Hemi into the Jeep and give it the same SRT Hellcat moniker as the Charger and Challenger in the Dodge brand, so a jazzy new name for that blown Hemi package would make sense. In my opinion, calling the most powerful SUV in the world the Trackhawk makes just as much sense as anything. Whether or not it still wears the SRT name, a 707hp SUV named the Trackhawk would certainly draw some major attention in the performance world.

Unfortunately, I have to touch on the fact that the Trackhawk could be nothing more than a future concept - perhaps something coming to the SEMA Show later this year. However, I am keeping my fingers crossed with the hopes that the SRT-level Jeep continues on with or without the attention grabbing name.

Dave wrote on October 13, 2014 - 9:45pm Permalink
Prefer SRT name... trackhawk has too much emphasis on the khawk part. Once you hear it, you can never unhear it.
Paul wrote on June 5, 2015 - 9:50pm Permalink
When when will it be in production ..dealers don't know nothing