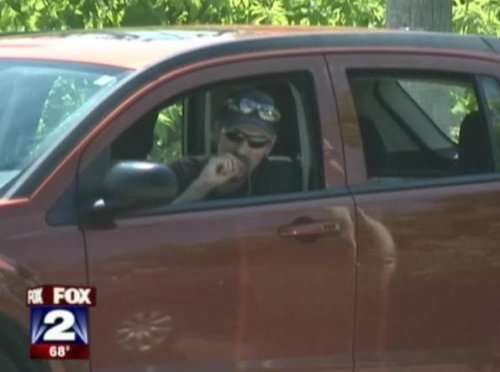 Based on an investigation by Detroit Fox 2 News, the Chrysler Group is once again faced with the issue of Union Auto Workers drinking alcohol and smoking what looks to be marijuana both before their shift and during their lunch break – this time involving employees at the company’s Trenton Engine Facility.
Advertisement

The issue if UAW plant workers drinking and smoking pot first came up last September when Fox 2 caught their first glimpses of Chrysler employees from the Jefferson North Assembly Plant having a little party in the park during their lunch breaks. These folks were caught by hidden camera drinking a variety of different types of beer and smoking what looked to be marijuana. They looked to be having a great time until the Fox 2 Detroit crew came out of hiding, attempting to interview these law-breaking autoworkers.

From that incident, Chrysler took quick action – firing 13 and suspending 2 for improper conduct. Unfortunately, not all of the folks at JNAP learned their lesson as in February this year, three employees from the home of the 2011 Jeep Grand Cherokee and Dodge Durango sport utility vehicles were caught leaving during lunch to visit the home of a nearby drug dealer where they engaged in the use of illegal drugs. Click here for more on that incident in February.

This time the Jefferson North plant isn’t involved but once again, Chrysler workers have been caught by Fox 2 Detroit drinking alcohol and smoking marijuana – this time while on lunch break from the Trenton Engine Facility. Not only are they so brazen as to drink and use illegal drugs out in public in broad daylight – but they are parking in a lot directly behind the local UAW hall while doing this.

Chrysler spoke on the segment about this problem with Fox 2 Detroit, assuring the public that they were working to identify the employees caught on tape and once they did, the employees will be “suspended indefinitely”. We can assume that if Chrysler can positively identify these workers, these folks will have plenty more time to spend their afternoons smokin’ and drinkin’, as they will most likely (and deservingly) be excused from their duties. Considering the amount of unemployment in this area and how many auto workers are out of work, you would think that those who DO have a job wouldn’t be so stupid as to get drunk and high during and before work but the videos show us otherwise.

The Trenton Engine Facility is responsible for the 3.6L Pentastar V6 – an engine that Chrysler has worked into nearly every vehicle in its North American lineup. The last thing that Chrysler needs is some drunk or junkie putting engines together wrong so hopefully these videos will be enough for the smallest of the Big 3 to catch and remove these moronic workers.

Check out the video below for a closer look at the MyFox2 Detroit coverage of this latest drug and drinking scandal involving Chrysler UAW members. TorqueNews.com will continue following this story – bringing you more news as it becomes available!

Anonymous wrote on July 17, 2011 - 8:26pm Permalink
must be why the gov give them bailout money,seems they are all about supporting drug users goverment housing is full of them.
Anonymous wrote on July 20, 2011 - 2:46am Permalink
Funny how they are up in arms about drinking on the job at Car Manufacturers these days. My Dad worked for GM for 30 years. Many times he would get in a van driven by a bar tender of a local bar and have 'Lunch'. All my life I've heard stories of him and his co-workers going up on the roof and drinking while listening to a baseball, football or other game. Seriously, if you think this is only going on at Chrysler you are mistaken. And this is not new. My Dad retired in the 1980's. So I believe this has been going since there have been Car Companies.

LG's New EV Battery Plant Is a Welcome News for Tesla
Tesla Giga Berlin's New Hurdle: It's Not Only the Gov't, but Now Tesla Itself
END_OF_DOCUMENT_TOKEN_TO_BE_REPLACED