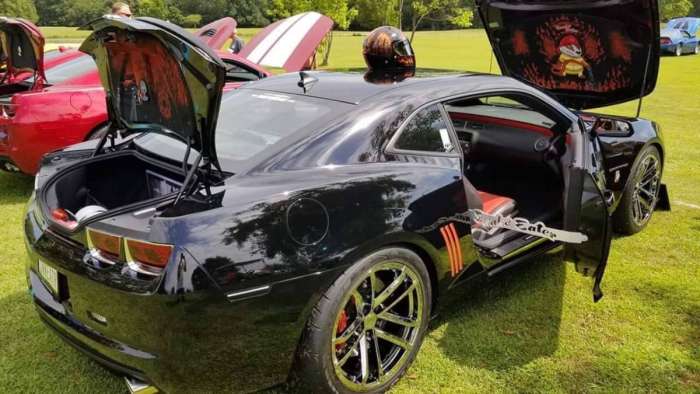 The Camaro of the Month for August 2019 is the heavily modified 2010 SS/RS shown here, owned and built by Todd Beck as a tribute to a former coworker and to first responders across the United States.
Advertisement

Over the course of the past several years, TorqueNews has worked with the members from the Camaros Unlimited Facebook group to select our Camaro of the Month. This begins with the members of the Camaros Unlimited Facebook page – nearly than 43,000 of them – nominating their favorite Chevrolet Camaro owned by a fellow member of the page. After five owners have been nominated by the community, the voting begins and when the balloting closes, we have our Camaro of the Month.

For August 2019, the huge crowd of Chevrolet muscle car fans picked this 2010 Camaro SS/RS, owned by Todd Beck. We reached out to Beck for more information on his customized SS and below, you will find his story.

Todd’s Camaro SS/RS
I ordered 2010 Camaro SS/RS fully loaded with all the options in February 2009 because I’ve always had love for Camaros. I have owned many in the past and I still own a 1978 with just 36,000 miles on the odometer.

In august 2009 my new Camaro showed up at dealership, but before it arrived, me and guys at work were trying to figure out a name to put on license plate. With me being a huge Chevy Camaro guy and one of my coworkers was Ford guy with a Cobra Mustang, we came up with SNAKEATER. Boy was he mad when I got the Camaro and had ordered the plates. 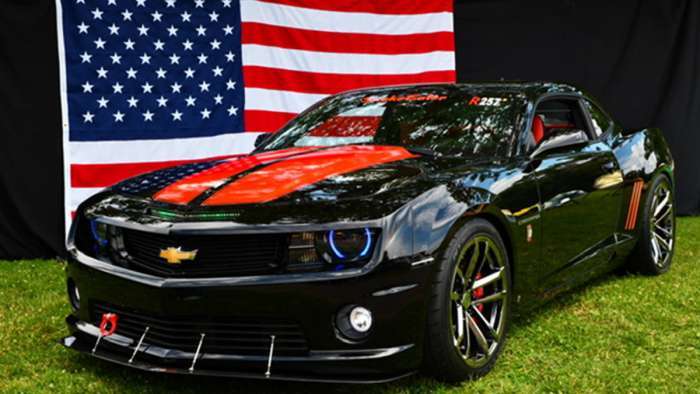 Sadly, three months later the coworker died from heart attack so we kept the name in tribute to him and grew from there, designing a character which was a mongoose with a cobra in his mouth.

That winter sent it down to Hennessy for motor work and after getting back I had done few shows and started meeting people and seeing different ideas. I met a lady from Texas (ANDE AIR custom airbrushing) and she helped with design of some art work for my hood liner because I had reversed the hood to open like a Corvette. She knew I was firefighter so she took my character and took the snake out of his mouth, putting fire gear on it and hose in its hand.

From there I decided to do tribute to firefighters so had Ande Air do the engine compartment with some fire and snake skin accents. Then I had her do my trunk liner and my helmet with forest fire in tribute to the 19 firefighters that died in the Granite Mountain fire.

Then I started doing few things to include First Responders to give them tribute like had my car trailer wrapped to match things on the Camaro. I travel to a lot of different shows throughout the United States to show off the car and give tribute to firefighter and first responders. I also had done a lot to the car with LED lighting in the headlights, fog lights, wheels and engine compartment plus various spots throughout the rest of the car.

Next, I had some work done under the car, including a carbon fiber driveshaft, 1400 horsepower axles, BC Racing coilovers which dropped the car two inches all around, Texas speed two-inch headers, NoWeeds Cut outs on flow master exhaust, BMR frame connectors, rear lower control arms, trailing arms, a strut tower brace and a bushing kit.

Finally, I changed the shifter to a Hurst short-throw and I installed a 200-shot nitrous system. 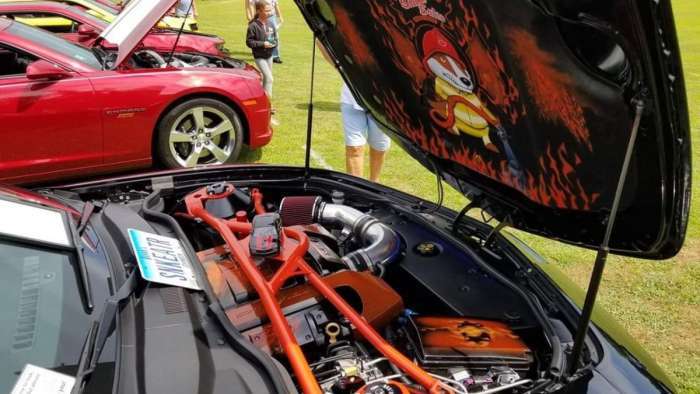 This 2010 Camaro SS/RS is set up for road course and autocross, but mainly do car shows to give tribute to Firefighters and first responders, as they are true heroes and they don’t get enough credit.

About 90 percent of the work on this Camaro has been done by me and that’s how the Snakeater Camaro was born.