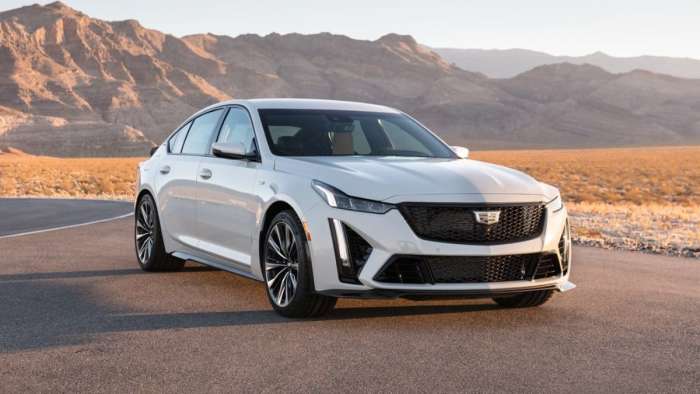 Yesterday afternoon, General Motors finally introduced the world to the 2022 Cadillac CT5-V Blackwing, the most powerful vehicle ever from the company’s luxury brand, likely serving as their final big-power V8 sedan as the automaker shifts towards an electric-heavy future.
Advertisement

Many longtime fans of the Cadillac V-Series models were disappointed when the 2020 CT5-V was introduced with just 360 horsepower, but there were corporate hints that hotter models were on the way. On February 1st, 2021, General Motors finally introduced the proper CT5-V, this time called the Blackwing. With the V-Series becoming a sub-brand of Cadillac, the 2020 CT4-V and CT5-V were the first two models, with the 2022 Blackwing versions of each coming to market with the power that many people had hoped for last year. The CT4-V Blackwing is an impressive performance machine of its own, but today, we are focusing on the CT5-V Blackwing, the pinnacle of the brand’s modern performance capabilities.

“V-Series Blackwing stands for the very highest level of execution from Cadillac and offers a distinctly American vision of performance: incredible power and luxurious craftsmanship, with absolutely zero compromise,” said Brandon Vivian, executive chief engineer, Cadillac. “We looked to our championship-winning racing heritage and brought an uncompromising eye for detail to create two cars that elevate the V-Series experience.” 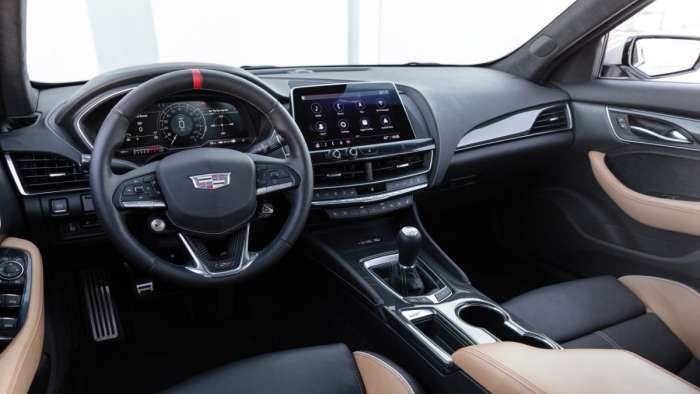 2022 CT5-V Blackwing Power
The 2022 Cadillac CT5-V Blackwing is powered by a revised version of the supercharged LT4 V8, this time delivering 668 horsepower and 659 lb-ft of torque. Those numbers make this sedan the most powerful Cadillac ever. The supercharged LT4 comes mated to a standard Tremec 6-speed manual transmission, featuring Active Rev Matching and No-Lift shifting, making this a great option for the drag strip or the road course. There is also an optional 10-speed automatic and when mounted with the self-shifting gearbox, the CT5-V Blackwing will sprint from a stop to 60 miles per hour in just 3.7 seconds, with a top speed of “over 200 miles per hour”.

The LT4 was also the engine of choice for the previous CTS-V, but the CT5-V Blackwing delivers more horsepower and torque. Both versions of the LT4 use the 1.7-liter Eaton supercharger, but the Blackwing’s V8 has smaller diameter supercharger rotors, allowing it to make more boost more quickly. This LT4 also has new rotocast A356T6 aluminum cylinder heads, revised valvetrain components and, of course, a new engine tune to work with the new components. 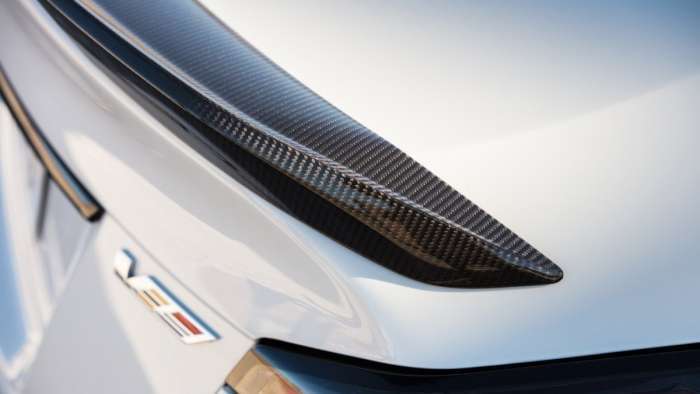 The current Chevrolet Camaro ZL1 also uses the LT4, so we have to wonder if the Chevy muscle car will be getting a similar bump in power for the next model year. In any case, this is the most powerful Cadillac ever and the most powerful General Motors sedan ever, while ranking second all-time among American sedans, trailing only the Dodge Charger SRT Hellcat.

The Electronic Limited Slip Rear Differential is optimized for the various driving modes and Performance Traction Management System settings. This high tech differential monitors which of the rear wheels is getting the most traction and channels more power to that wheel, making use of the available traction while helping the spinning tire get more grip. This differential features a new aluminum housing that is 22 pounds lighter than the previous cast iron housing, and the system utilizes a high-performance cooling system. Michelin Pilot Sport 4S tires measuring 275/35ZR19 in the front and 305/30ZR19 out back put the power to the ground. 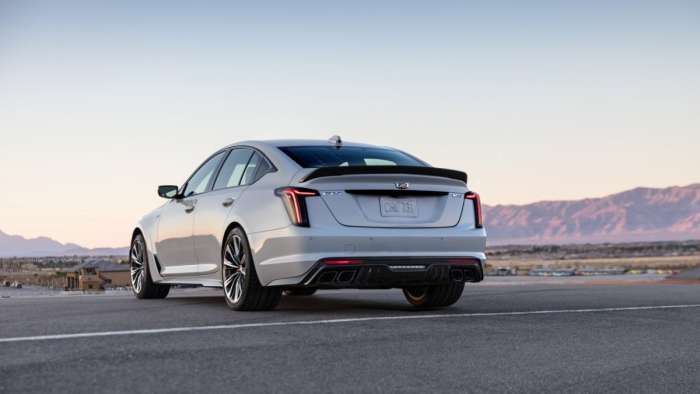 Finally, the 2022 Cadillac CT5-V Blackwing comes with a high performance Brembo braking system with 6-piston calipers up front and 4-piston units in the back. The front rotors measure 15.67-inches in diameter by 1.42 inches thick while the rear discs are 14.7 by 1.1. Cast iron rotors are standard, but there is also a carbon ceramic brake package available on the CT5-V Blackwing. In addition to greater heat dispersal and wear resistance, the carbon ceramic rotors weight 62 pounds less (total rotating mass) than the iron discs. 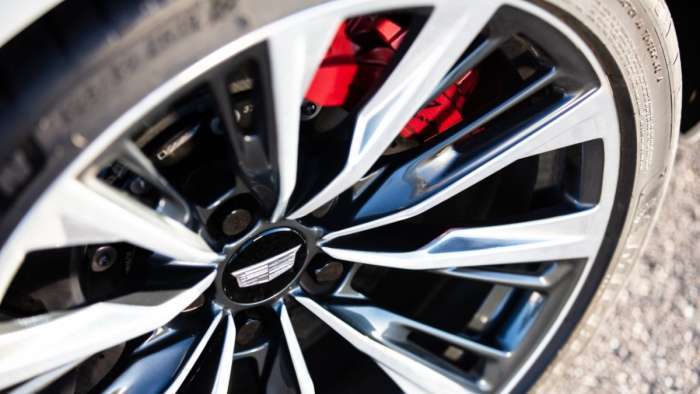 Of course, the 2022 Cadillac CT5-V Blackwing will come with a long list of standard and optional premium interior features, including competition-style seats and loads of high end technology. We can expect that, when loaded-up, the Blackwing will be the most well-appointed package in the lineup with a price to boot. For now, we only know that the MSRP starts at $84,990, including destination. Cadillac officially began taking orders on the CT5-V Blackwing on the evening of February 1st, so if you are interested in ordering one, head on over to the Cadillac website for more information. 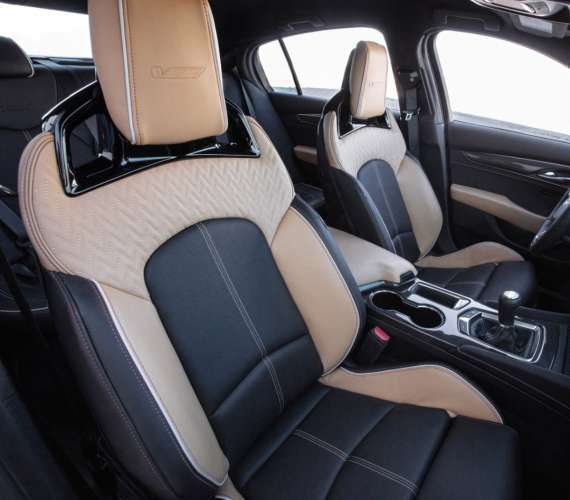