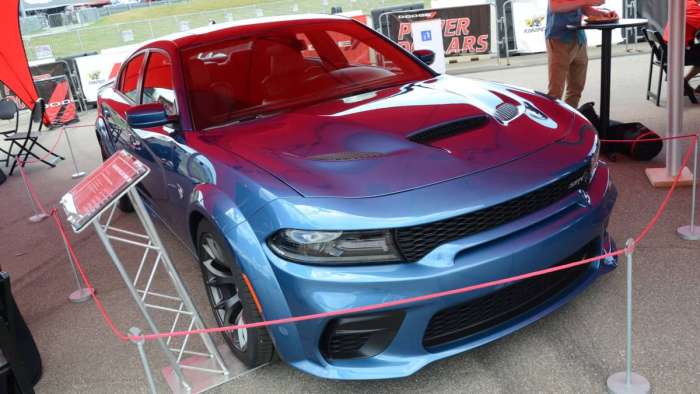 The 2020 Dodge Charger SRT Hellcat Widebody in the new Frostbite Blue was all over the M1 Concourse during Roadkill Nights 2019, and the crowd was loving it.
Advertisement

The 2020 Dodge Charger SRT Hellcat Widebody made its formal debut at the FCA What’s New media event in Michigan a few months back before being shown off at the Mopar Mile High Nationals in Colorado and the Chrysler’s At Carlisle show last month, making the Roadkill Nights event held this past weekend in Pontiac, Michigan the first showing in the Motor City. This was also the first broad-interest automotive event where the new widebody Hellcat sedan was on sale, as the NHRA event catered to a specific crowd and the Carlisle event catered specifically to Mopar lovers while Roadkill Nights is a festival of all makes, models and automotive tastes.

What is Roadkill Nights
If you are unfamiliar with the Roadkill Nights by Dodge event, it is one of the most unique automotive festivals in the world. Taking place in Metro Detroit’s M1 Concourse road racing facility, Roadkill Nights has a huge show-n-shine display, thrill rides in supercharged Dodge products and legal street racing on Woodward Avenue. While the event is sponsored by Dodge and there are a great many Dodge-themed displays around the grounds in addition to the thrill rides, both the racing field and the show-n-shine area are open to all makes and models. 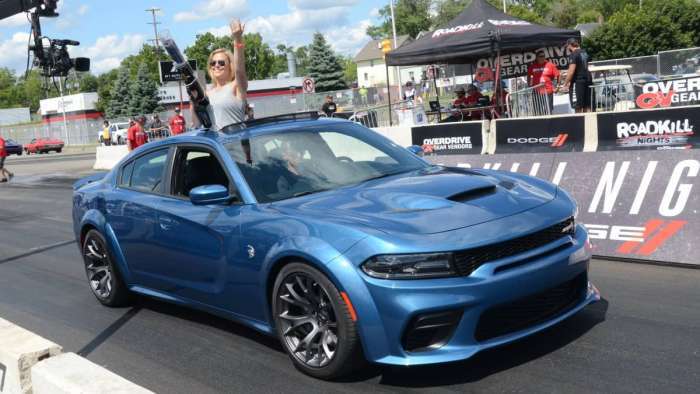 As a result, there is an obvious Dodge-heavy influence, but the event still draws a huge variety of automotive tastes, both in brand preference and automotive genre. While there is a clear focus on drag racing and on-road performance, you will find lowriders, high-riding trucks and everything in between, so it is truly a festival for all gearheads.

Static 2020 Dodge Charger Hellcat
In addition to the thrill rides, Dodge also had many new vehicles on display around the grounds and one of them was the 2020 Charger SRT Hellcat Widebody in Frostbite Blue. This is the same car that was featured at the media introduction to the new widebody design, and it drew huge crowds all weekend long. On Friday, the widebody Hellcat Charger was parked near the thrill ride area and on Saturday, it was parked next to the Dodge VIP area, right next to the track, where people posed for pictures all day long. 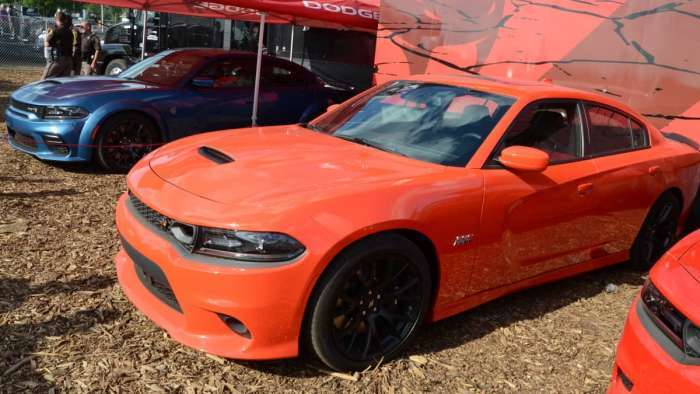 In addition to the widebody Hellcat Charger in production form, the Redeye-powered widebody Charger test car that Wesley Motorsports took to Pikes Peak was on display as well. This allowed spectators to check out one of the early concept cars that has been loosely transformed for hill climb racing. 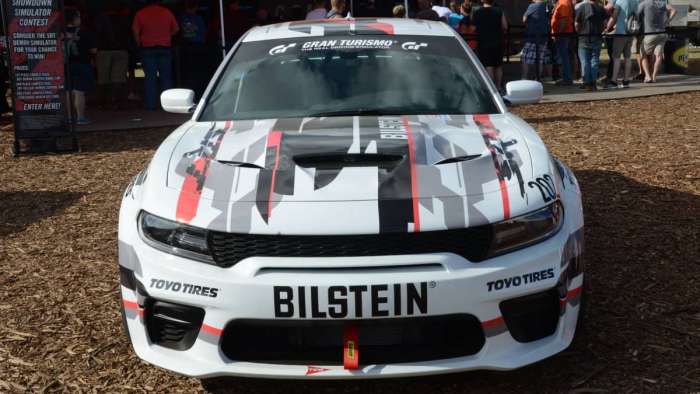 For almost everyone in attendance, this was the first chance to see the new widebody Charger in person, and the fact that it was the metallic blue Hellcat made it that much more popular with racing fans. All Hellcat cars inspire people to take pictures, but the first-ever widebody Charger Hellcat was likely one of the most-commonly photographed car at Roadkill Nights by Dodge.

2020 Dodge Charger Hellcat on the Move
Finally, in addition to being located near the track for photo-ops, the 2020 Dodge Charger SRT Hellcat Widebody made a trip down the drag racing area on Woodward Avenue. Unfortunately, it didn’t make a hard pass, so we didn’t get to see it actually racing down the track, but instead, television personality Christy Lee fired t-shirts into the crowd from the track with an air cannon. As the car was slowly driven down the track, Lee stood on the passenger’s seat with her upper body sticking up through the sunroof where she was firing-up the crowd and sending free shirts into the air. 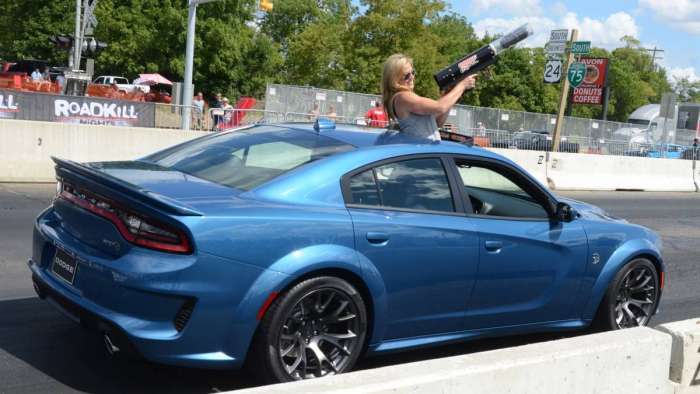 This put an obvious focus on new widebody Hellcat Charger, drawing the attention of those who hadn’t previously seen it as everyone jockeyed for the free shirts. Also, after sitting in the shade of the display tent, being out on the track allowed everyone to see the beautiful Frostbite paint in direct sunlight.

While not everyone loves the widebody look employed by modern Challenger and Charger, the people with whom we spoke at Roadkill Nights – and the people posting pictures on social media – all seem to love the 2020 Hellcat sedan with the widebody design.

See you in the next story titled: "2020 Dodge Charger Hellcat Daytona Debuts at the Woodward Dream Cruise."

Tsingshan's Threat to Tesla: EV Maker Is In Battery Crosshairs
Tesla-Funded Research Reveals One of The Biggest Mysteries of EV Battery
END_OF_DOCUMENT_TOKEN_TO_BE_REPLACED