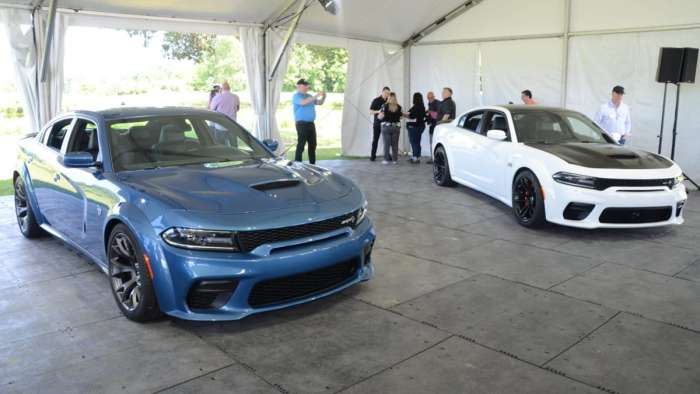 Some people still can’t get over the fact that the modern Dodge Charger is a four-door affair, and manual transmissions don’t sell well in sedans.
Advertisement

Over the past few weeks, we have talked a great deal about the 2020 Dodge Charger, from the base model SXT to the new SRT Hellcat Widebody and everything in between. These articles have spurred a long list of requests from Dodge fans in social media discussions, some of which are reasonable and some which are not. Two of the most common demands from disgruntled Dodge fans cover each of those categories, with some people pleading for a manual transmission while others want a Charger coupe.

The manual transmission option is not unreasonable, but it is unlikely, while the Dodge Charger with two less doors is not a reasonable expectation in the modern automotive world.

2020 Dodge Charger with a Manual Transmission
We completely understand why so many people want a 2020 Dodge Charger with a manual transmission. For those of us who are coordinated enough to handle three pedals with two feet, rowing your own gears adds a key element of excitement to the driving experience while also providing a very different feeling of control when putting the power to the pavement.

Unfortunately, manual transmissions don’t sell very well in the modern era, which is why so many high performance vehicles – which were once only offered with a manual transmission – are not only offered with some variety of self-shifting gearbox. When you combine the ease of driving the automatic transmissions with the improvements in performance and efficiency that come with the modern automatics, there is really no downside to skipping the third pedal, shy of the “fun to drive” factor. 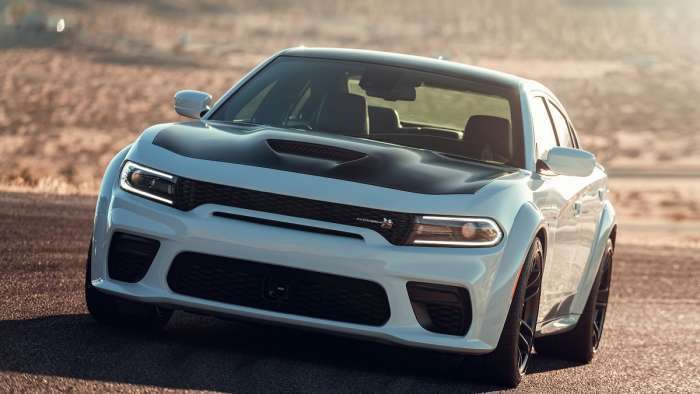 This is why companies like Ferrari and Lamborghini have transitioned to a lineup with few manual transmissions, and if people aren’t buying sports cars with a third pedal, it should come as no surprise that they are even less popular in sedans. People who drive sports cars generally want the added “fun to drive” factor while many sedan buyers are focused less on that aspect of the drive. This is why so few four-door cars are offered with a manual gearbox, with the Chevy SS and the sporty Cadillac V-Series cars being the last performance minded (non-economy cars) to come with the third pedal.

Poor take rate aside, we have to also keep in mind that adding a transmission to a vehicle lineup is a very costly endeavor. For example, in the Charger, the engineers would have to rework the center console for the manual shift level while making room for the clutch pedal and all of the connections running between the clutch pedal, the shifter and the transmission. That is not cheap, nor easy, but making the manual fit is likely the least of the expenses.

The bigger issue is all of the costs involved with making the manual transmission option legal for sale in the United States. Adding a new gearbox leads to a whole new round of fuel economy testing and that can lead to costs in the millions. When you pair a low take rate with high costs in a segment where a manual gearbox is practically unheard of, the odds are good that isn’t going to happen in this generation of the Dodge Charger.

2020 Dodge Charger Coupe
Back in the 1960s and 1970s, the Dodge Charger was one of the meanest muscle cars on the street and it always had two doors. When the modern Charger was introduced for the 2006 model year as a sedan, some people freaked out over the fact that it was no longer a two-door car. Over time, as the Charger quickly become one of the most popular large sedans sold in America – today serving as the most popular big sedan and rear-drive sedan in the USA – many of the people who demanded a two-door either changed their tune or bought a Challenger.

We know, back in the 1970s, Dodge had a bunch of different two-door cars on sale at the same time, but that isn’t how the industry works today. In 1970, it made sense to have the Dodge Dart, Challenger, Charger and other models all with two doors, all for sale in the same showroom because far more people bought two-door cars. Today, two-door vehicles are relatively unpopular, with most drivers opting for larger sedans or SUVs with more space. There simply isn’t room in a showroom today for two closely related two-door cars, and if the modern Charger was trimmed to a coupe, it would basically be a Challenger with a different body. 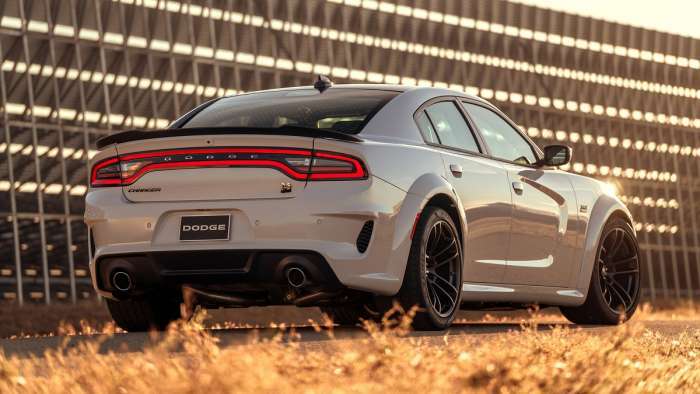 Keep in mind that the modern Challenger and Charger (and Chrysler 300) are based on the same basic chassis, with obvious alterations being made for the shorter coupe. In much the same way that the Charger and 300 share a platform, making them little more than the same car with different packaging, the Challenger and a two-door Charger would be the same car with packaging that differs even less. That would create competition within the showroom and that is something that every automaker avoids these days, so while the Challenger exists, it is all-but-guaranteed that we will not see a Dodge Charger with two doors and we most certainly won’t see one for 2020.