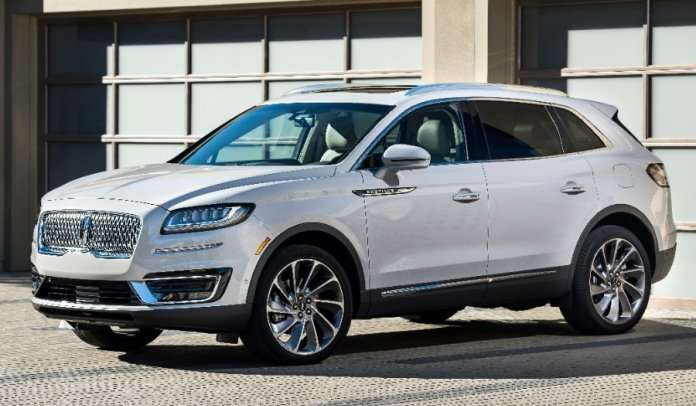 The 2019 Lincoln Nautilus is an MKX with a New Name, New Face and New Engine

The biggest news from Ford Motor Company from the 2018 LA Auto Show is the introduction of the 2019 Lincoln Nautilus – which is basically a refreshed Lincoln MKX with a new front end, a new name and a new EcoBoost engine.
Advertisement

For the past 8-10 years, the majority of Lincoln vehicles have been recognized by a 3-letter name like MKS, MKZ, MKT, MKZ and MKX, but Ford’s luxury arm is planning to transition away from that approach and the first example is the 2019 Lincoln Nautilus. This vehicle replaces the current MKX and for the most part, it is the same as the MKX, but the newly-named midsized SUV does get a few other changes to make this more than just a name change.

Along the sides, the 2019 Lincoln Nautilus continues to look a great deal like the MKX, with the only differences being new wheels and the new nameplate that rests in a chrome badge which lays across the seam between the fender and the front door. The unique Nautilus nameplate is the clearest indication that this is not an MKX, but as you get to the front end, the biggest difference comes into focus.

The 2019 Lincoln Nautilus has an all-new front end design which is a total departure from the “winged” design of the previous model, instead introducing a front end that closely resembles the layout of the new Continental. This new front end is bolder and more modern, presenting a more high-end look that is expected in the luxury SUV segment.

The combination of the end of the MK-Other Letter naming process and the introduction of the Continental-like front end styling creates a far more interesting luxury SUV which will also be easier to callout by name. What do they drive? A Nautilus.

The 2019 Lincoln Nautilus still offers the 2.7L EcoBoost V6 as the premium engine option with the same 335hp and 380tq, but the naturally aspirated V6 is replaced by a new turbocharged 2.0L 4-cylinder which will deliver at least 245hp. No torque numbers have been announced for the new turbo-4, but we can expect somewhere in the area of 300lb-ft along with the best fuel economy numbers for the new Nautilus.

The key addition to the drivetrain information is the arrival of the new 8-speed automatic transmission. The current models come with a 6-speed unit, so the new transmission should improve fuel economy and low-end acceleration. As is the case with the MKX, the Lincoln Nautilus will come with front-wheel drive standard, but an optional advanced all-wheel drive system will likely have a very high take-rate.

The 2019 Lincoln Nautilus will begin hitting dealerships during the summer of 2018, so if you prefer the look of the MKX, you have another half-year or so to get one before the newly-named model takes over.