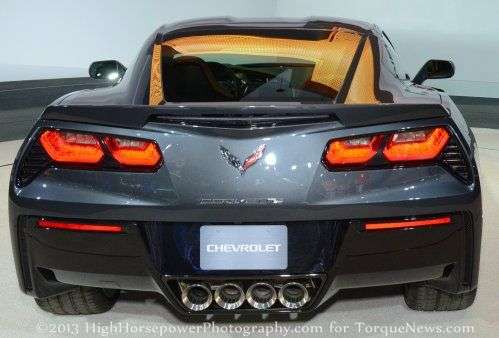 2014 North American Car and Truck of the Year Nominees Announced

The long list for the 2014 North American Car of the Year award contains 28 vehicles with an incredible variance in the type ranging from very small electric options like the Smart ForTwo Electric and the Chevy Spark EV up to large sedans like the new Chevrolet Impala and the Mercedes Benz S-Class. Japanese automakers have the most vehicles on the car list with 9 nominees with German cars ranking second with 7 entries on the list. American automakers are third with 6 nominees and it should be noted that all 6 of those vehicles are from General Motors. Korean automaker Kia accounts for 3 of the vehicles on the list while Italian automaker giant Fiat rings in with 2. There is also a sole British-turned-Indian with the inclusion of 1 Jaguar. General Motors leads the way in terms of the automaker with the most vehicles running for the car of the year award with 6 followed by Damiler – which has 4 Mercedes Benz models and the aforementioned Smart ForTwo Electric.

It should be noted that the NACOTY award originally included 29 vehicles but Kia asked that the upcoming Quoris luxury sedan not be included in this year’s award. The jury permits any nominated automaker to remove any or all vehicles of theirs included in the award.

Over in the North American Truck/Utility of the Year award, it is clear why this award is no longer simply known as the Truck of the Year award as there are only 5 actual pickup trucks on the list of 19 prospective winners. Japanese automakers comprise almost half of the field with 9 entries; 7 sport utility or van vehicles and 2 actual pickup trucks. American automakers will have 6 vehicles hoping to make the cut to the short list with 3 SUVs and 3 pickups along with 2 Korean SUVs, 1 German SUV and a Land Rover that falls into the same British/Indian category as the Jaguar above. Toyota has the most vehicles battling for the 2014 NATOTY award with 3 followed by General Motors with 2 options that are essentially the same truck from two different brands (Chevy Silverado, GMC Sierra). The Truck and Utility award list also have the only Chrysler and Ford vehicles (provided that we don’t count the Fiat 500L) but when you consider that the Ford Transit and Ram Heavy Duty names have been front runners for the big North American award in past years – both Ford and Ram still have a very real chance of winning with just one entry.