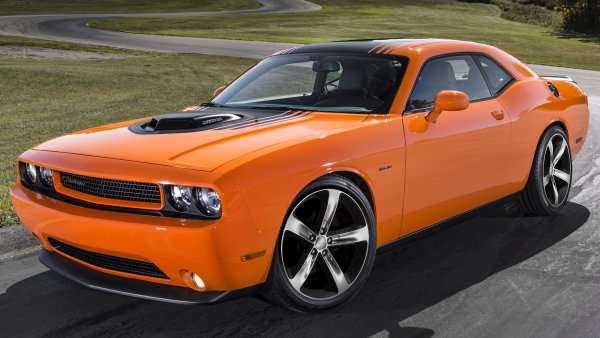 One of the biggest announcements at the 2013 SEMA Show in Las Vegas was the introduction of the 2014 Dodge Challenger Shaker and according to the Mopar gurus at Allpar, those Mopar muscle cars with the old school style hood will begin rolling off of the assembly line later this month.
Advertisement

When the 2014 Dodge Challenger Shaker was introduced at the 2014 SEMA Show in Las Vegas, the Chrysler Group promised that these models would be hitting dealerships during the first quarter of 2014. We are currently about a third of the way through the first quarter of 2014 and according to a report from Allpar; production of the Shaker Challenger will begin later this month with deliveries to dealerships beginning a few weeks later.

Should this be true, the 2014 Challenger Shaker models should begin reaching consumers by the end of February after the company has completed all of their internal quality control processes.

The 2014 Dodge Challenger Shaker is based on the existing Dodge Challenger R/T Classic and the most noticeable feature of this limited edition package is the prominent Shaker hood design. This large, black hood scoop is mounted to the top of the 5.7L Hemi V8 and extends through a hole in the hood to bring in 100% cold air to the engine for improved performance.

Since the engine moves as it performs, this scoop sticking through the hood moves as the engine revs hence the name “Shaker”. The exterior appearance package is capped off by unique striping around the Shaker scoop and along the roof and trunklid, a body colored grille surround, a gloss black fuel door, a black decklid spoiler and unique black and silver 20 inch wheels wrapped in high performance tires. The Challenger Shaker comes with all of the goodies of the Challenger R/T Classic on the inside but it also comes with the buyer’s choice of Slate Grey or Radar Red Nappa leather seats, an SRT-style flat bottomed three spoke steering wheel, a piston grip shifter (manual models only) and unique Shaker badging on the dash.

Once the 2014 Dodge Challenger Shaker begins reaching dealerships, the 2,000 units planned for production may go very quickly. The Shaker package adds just $2,500 to the price of the Challenger R/T Classic and considering the long list of features included in this hood-centric package – it is actually quite the deal. Also, in addition to all of the features of the new Shaker-equipped Challenger, there is the simple fact that these vintage themed Mopar muscle cars will quickly become collector’s items and there is a certain intangible gain with collectability of a brand new car.