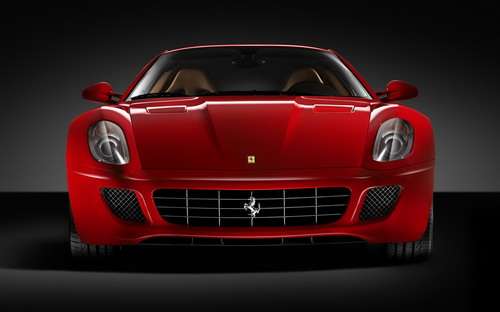 Future Ferrari 599 successor to hinge on the FF

Ferrari's original plans were to give the 599 GTB a makeover at the middle of its lifespan, but according to a recent report, Ferrari will introduce an all new model to succeed the Fiorano, that will use some of the new FF’s underpinnings as technical basis.
Advertisement

As always, Ferrari has been synonym with high performance and dream machines. Throughout the prestigious history, the constructor from Maranello gave birth to some of the most spectacular supercars in the world, such as the Testarossa, the F40, the F50 or the Enzo. The 2000 period is strongly linked with the substantial number of victories and trophees obtained by the company’s owned motorsport team – the Scuderia Ferrari. A lot of the ultimate technologies and solutions found on the F1 single-seaters were used to develop the latest street models that Ferrari launched in the past 4-5 years. Moreover, Michael Schumacher, former 7-times world champion in Formula 1, was frequently asked to share his indisputable technical knowledge and expertise with the Ferrari engineers in the long experimental phases one new model has to undergo on the way to becoming a serial production car. Among the masterpieces tweaked by the skillful German driver is the 599 GTB Fiorano, officially premiered in 2006.

It took the place of the old and tacky 575M Maranello and established itself a strong position on the market as a true, fashionable grand tourismo berlinetta. What else was the powering solution if not a traditional V12 engine, with a massive displacement of 5999 cubic centimeters? Performance figures indicate a maximum speed of over 330 km/h and a sprint from 0 up to 100 km/h in 3.7 seconds. The 599 features an all-aluminium construction frame and several high-end systems reminiscent of Formula 1: the F1-SuperFast gearbox capable of changing gears in only 100 ms (faster than the blink of an eye), the F1-TRAC system that takes care to ensure maximum possible grip depending on the situation, the SCM suspension control system and the evolved Manettino, the traditional switch placed on the steering wheel, that controls the entire vehicle dynamics.

Even though the car it’s now almost five years old, you could barely sense that. Initial plans were to revamp the 599 at the middle of its career, but now the Ferrari executives have changed their minds. Boosted by the immediate success the new FF model had, they said this is a once-in-a-lifetime opportunity to use some of the technical fortune of the already famous all-wheel-drive tourer to create a worthy heir for the illustrious 599 GTB Fiorano.

The new Ferrari is expected to appear some time in late 2012 and will obviously showcase a direct petrol injection V12 powerplant, modified starting from the unit used by 599 GTO special series model, that should boast at least 700 hp. Ferrari are confident that using aluminium instead of carbon fiber, for example, to execute the chassis and the space frame is still the way to go if you want to preserve a high level of safety in addition to keeping the weight as low as possible and improving body strength and stiffness. However, some parts and panels of the new car will be cast out of composite materials.

Technically speaking, the future GT will mark a huge leap ahead of the 599 model thanks to gaining the complex multi-link rear axle system and the seven-speed dual-clutch transaxle tranny from the more recent Ferrari 458 Italia, California and FF. A new generation of the clever E-DIFF electronically-governed rear differential will also be developed to offer great driving sensations. No four-wheel-drive variant is in the pipeline at the moment, but you never know. First deliveries to customers could be programmed in early 2013 for Europe and in the middle of the year for the United States of America. Base pricing could exceed 330,000 US dollars, given the impressive technology package. Looking at the unstoppable appetite for the latest supercars that rolled off the factory line at Maranello, it is not hard to predict a lengthy list of wealthy clients will hand in orders for the new Ferrari tourer long before it’s unveiled.