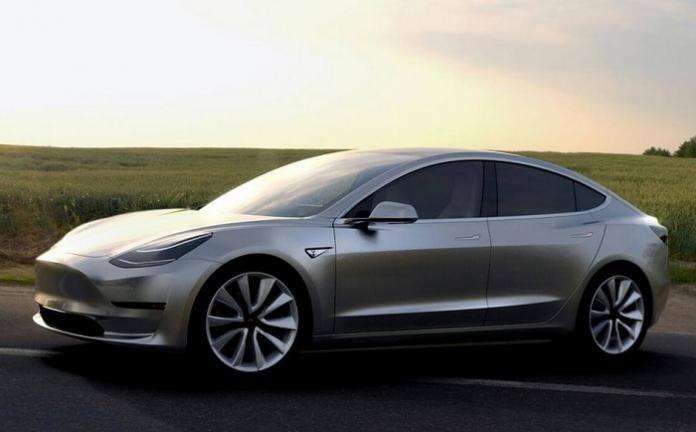 Investors of Tesla (TSLA) and the reservation holder of its budget car Model 3 can breathe a sign of relief after Tesla CEO Elon Musk announced that the company's latest EV will be available this week. When you look at what we know so far about Model 3, four really interesting things stand out.
Advertisement

1. Tesla Model 3 Is Much Cheaper Than Its Predecessors

The starting price of Model 3 will be only $35,000. This is much cheaper then the other Tesla models. For comparison, the cost of Model S starts from 68,000 dollars while Model X starts from 83,000 dollars.

But this 35,000 starting price for the Model 3 is only for the basic package. Last year Elon Musk suggested that the Model 3 will be sold at an average of 42,000 dollars. However, a recent survey showed that buyers are willing to pay for the car even more - about $ 50,176. This is surprising. No wonder, some analysts have suggested that Tesla needs to decide whether it wants to be an EV producer or a luxury car maker.

I don't know if any company has had this type of initial success for a car that is not produced yet. Demand for Tesla Model 3 already exceeds the production capacity of the company. According to the May report of Tesla, the number of pre-orders for Model 3 is 373,000. For comparison: in 2016 the company Produced only 84,000 cars. Theoretically, this means that those Model 3 reservation holders, who are at the end of the line, should wait at least few years until their EV arrives. I don't know if they will have that much patience. On the other hand, Tesla said it will exponentially increase its Model 3 production and reach 20,000 units per month in December 2017.

3. Model 3 Is The More Accessible Version of Tesla Model S

Let's briefly compare Tesla Model 3 to Model S. The Model 3 is smaller than and according to Elon Musk it's the more accessible version of the Model S. The Model 3 has more modest range and fewer functions than Model S. Tesla says the Model 3 will be equipped with an autopilot, but it will not have any other impressive features. It will also be slower than its predecessor.

Here is a current Model 3 spotted in Palo Alto. You can see how similar it is compared to Model S and how it differs from Model S.

Spotted long awaited #TeslaModel3 last Thursday in #PaloAlto. Slightly different than the rendering. But great for the price. pic.twitter.com/kpg5FoviVC

Model 3's acceleration from 0 to 60 will take 5.6 seconds - compared to 2.3 to 4.3 for Model S. The range will be 215 miles per charge. Finally, the design and interior of this budget electric car will also be more modest than that of the expensive Model S.

Thanks to Model 3, Tesla's revenue may skyrocket. Consider this. For the entire 2016, Tesla's revenue was $7 billion. It is expected that Model 3 will bring the company $ 15.7 billion in two years. However, income is not profit. It is unclear how much production processes and other activities related to the release of Model 3 will cost. So it is possible that to avoid losses, the company will have to increase the starting cost of the car to 41 thousand dollars.

Alexis wrote on July 4, 2017 - 9:32pm Permalink
Yes, Tesla revenue will skyrocket, but it all depends on the cost of production when it comes to Tesla's profit. How much does it cost to make one Model 3? Do we even know how much it costs to make one Model S or Model X?
Armen Hareyan wrote on July 5, 2017 - 7:40am Permalink
I would like to thank all our readers who helped to make this story better.