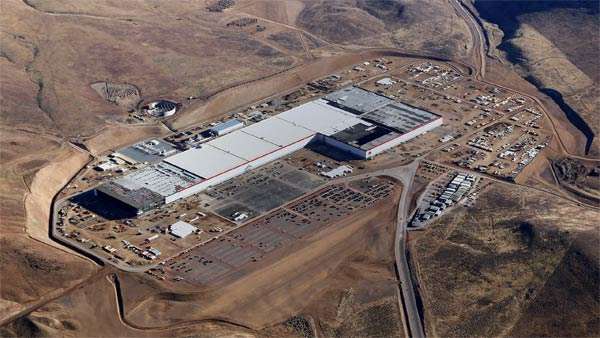 Tesla will be making the electric motors for their Model 3 sedan at its Gigafactory, Nevada it was recently announced along with their battery production from now on.
Advertisement

Its already been confirmed that the plant would be used for 2170 battery production, but now the electric motors for the upcoming Model 3 will also be produced at the Nevada facility. The Gigafactory is an ongoing construction project completed in phases, so every aspect of the plant can be producing while still expanding. $350 million will be invested to kit out the factory to make the electric motors and gearboxes, with the Model 3 itself being produced at Tesla's Fremont facility.

Mass production of lithium iron batteries started in January 2017, with the second quarter of this year seeing battery cells produced for the Model 3. In the future battery packs, electric motors and additional components built at the Gigafactory will be shipped to their Fremont, California base to be put together into the completed model 3 vehicles. Effort into the design of the building and a focus on total optimisation and its internal processes, is a long-term endeavour to make the facility as efficient as possible. All this optimisation should not only produce a better product, but also reduce the cost by a planned 30%.

Production of the electric motors and components at the Gigafactory will allow the Fremont facility to use every bit of its space to produce the needed 500,000 vehicles Tesla plans to produce yearly. This will also produce a recruitment drive with the Gigafactory already employing 1000 people, with 2000 construction workers currently working on the facility. As part of a $1.4 billion tax incentive Tesla agreed to make 6500 jobs available with an eventual 10,000 people employed at the factory. On completion, the factory should be one of the largest facilities in the world with 4.9 million ft.² across multiple floors.

It is hoped that by 2018 the Gigafactory in Nevada will produce 35 GW hours a year of lithium ion batteries, the same as the current world's battery production altogether. By 2020 Tesla hope to produce 100 GW hours of batteries. This, along with the electric motor production, should see the full plant eventually, using its vast facility to capacity. Tesla have a lot of ambitious plans ahead of them and with around 370,000 model 3 vehicles already reserved, these need to start shipping by the end of the year. The aim is to ship 100,000 model 3s before the end of 2017. Interesting times ahead.