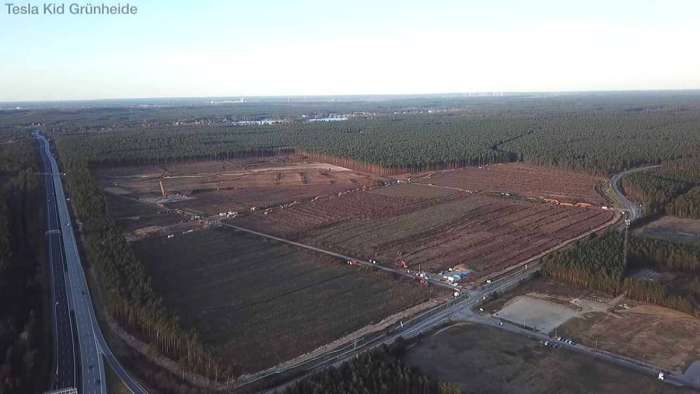 Tesla Giga Berlin To Get Its Own Highway Interchange

A new highway junction for the Tesla factory Giga Berlin will be set up on Autobahn 10 at short notice. In this report, I am going to tell you who is going to pay for this highway interchange and who is going to do what as a temporary solution.
Advertisement

So, at very short notice it was decided that a new highway interchange, known as highway unction for the Tesla Giga Berlin will be built on Autobahn 10 at the company's expense, the Brandenburg Ministry of Transport explained. In the medium term, however, a fixed exit will be installed - at state cost, reports RBB 24.

The US electric car manufacturer Tesla's factory in Grünheide (Oder-Spree) is to have its own freeway junction. In the short term, there should be a temporary junction to the A10 as factory access, the Brandenburg Ministry of Transport said in a response to a request from the parliamentary group of the free voters with [parlamentsdokumentation.brandenburg.de]. It was released on Tuesday. Tesla will bear the cost of the connection point.

In the medium term, the new Autobahn junction Freienbrink-Nord is planned, which should be financed with public funds. In addition, Tesla plans rail freight and logistics facilities on the company premises.

No plans for rail expansion for Giga Berlin
According to the information, there are no plans to expand freight transport capacities on the Berlin-Frankfurt (Oder) rail route. At the same time, the ministry said that it was not true that there was hardly any capacity left.

Tesla plans to build around 500,000 electric cars a year in Grünheide from summer 2021. The complete environmental approval for the construction of the first European factory is still pending. Tesla has already cleared part of the area and leveled the ground.

By the way, Porsche at its branch plant in the district of Böblingen has also been given a highway junction. While I understand the excitement, it’s a wise decision. It’s better for Tesla and other car companies to have their own highway interchange than having to drive many unnecessary miles through villages and small towns. Especially when the car companies are going to pay for it and in this case, Tesla is going to pay for the highway junction on Autobahn A10.

In the meantime, there are exciting things happening around Giga Berlin. As some of you may have already watched my yesterday’s report Giga Berlin will be the 1st to get Tesla’s next-generation paint shop.