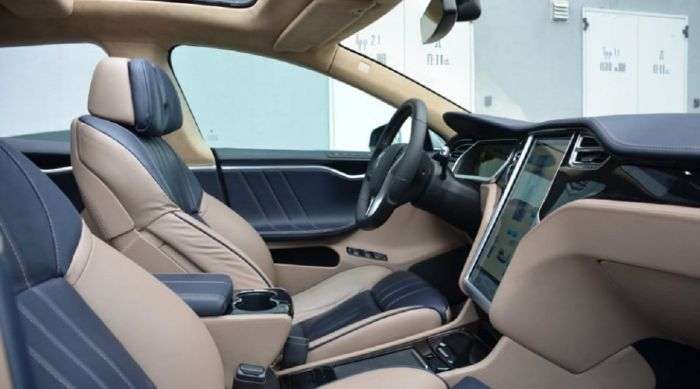 The Real Reason Why Tesla Model 3 Deliveries Are Delayed: Robots

One would think that if you install more robots in a production assembly you will save money and speed up the process, but this hasn't been the case with Tesla because it appears that robots and over-automation are the big part of Model 3 delivery delays.
Advertisement

Several days ago when the news broke out that Tesla's defective car parts are the cause of the delay of the Model 3 deliveries we published this story discussing what prevents Tesla from producing Model 3 vehicles faster. It's about Tesla's flawed parts and includes Tesla's response to CNBS, which broke the story.

But we didn't answer the question of why so many defective parts? The story talked about 40 percent. Why other car makers don't have such a lever of problem, but Tesla does.

It appears that the problem has to do with Tesla's robots and over-automation of the production of Model 3, writes Business Insider, referring to Bernstein analysts Max Warburton and Toni Sacconaghi.

These days it is extremely rare that humans win over robots. But when it comes to labor efficiency, the above-mention two Wall Street analyst make a compelling argument that Tesla's over-automation in producing Model 3 cars has backfired in a big way.

According to Warburton and Sacconaghi, who are quoted in the Business Insider's article, Tesla's robots simply can't produce Model 3 fast enough. It's because the entire process is extremely ambitious. It's very risky and very complicated. No wonder Elon Musk called the Model 3's production as "production hell."

They admit that they haven't seen the production because the plant is off-limit and only few analyst have seen it, But Warburton and Sacconaghi say they know this. "Tesla has spent c.2x what a traditional OEM spends per unit on capacity. It has ordered huge numbers of Kuka robots. It has not only automated stamping, paint and welding (as most other OEMs do) — it has also tried to automate final assembly (putting parts into the car). It talks of two-level final lines with robots automating parts sequencing. This is where Tesla seems to be facing problems (as well as in welding & battery pack assembly)."

The Problem With Robots: Expensive and Low Quality

The big problem with robots is first of all they are very expensive. And a company like Tesla, which is as indebted as it can be, can't afford these robots when the top Japanese companies don't use them to that degree.

For example. The top Japanese car-makers attempt to limit automation (the use of robots) because according to statistics the automation correlates to quality. Perhaps this is why Tesla's quality issues with the flawed parts have slowed down the delivery of Model 3 vehicles.

The Japanese car-makers are doing the opposite of what Tesla does. First, they want to make sure their process is right, then they bring in the robots for automation. Tesla has started with automation. Fiat and Volkswagen have already tried this and failed. They have tried to bring more automation and have also failed.

This is not even saving Tesla any money.

Here is how Bernstey analysts explain the adverse effects on Tesla's costs, labor savings and the quality issues.

"Let's say there are 10 hours of labor in final assembly (the part of the production line where parts, interiors and the powertrain are installed in a painted bodyshell). In a regular plant, final assembly typically has less than 5% of tasks automated. If Tesla attempts to automate 50% of these tasks, it could cut out 5 or so hours of labor. This might save $150 per car (assuming wage rates, all in, of $30 per worker, per hour).

"But while all that exotic capital might allow Tesla to remove 5 workers, it will then need to hire a skilled engineer to manage, program and maintain robots for $100 an hour (our estimate of a robotic engineers' hourly rate).

"So the net labour saving may be only $50 per unit. Yet putting the automation into the plant seems to involve an apparent capital cost that's $4,000 higher per unit of capacity than for a normal plant. If the product is built for 7 years, that's over US$550 of additional depreciation per unit built. It's hard to see an economic case even if somehow the Fremont Model 3 line can be made to work. So why exactly has Tesla taken this route? It's unclear."

Does anyone understand why Musk has chosen to go this avenue after all? TSLA stock has dropped from 2017's $385 high to 252 these days.The company is downgraded by Moody's and according to this hedge-fund manager facing bankrupts. Yet, there are many Tesla supporters and owners who are very confident about the company's future. They explain in this story why they are confident in Tesla's future.

Some of them say there isn't any company in the world that has nearly half a million people preordering and waiting for their car to be delivered. Yes, that's true. But those pre-orders (who are dropping now) don't translate into cache. Tesla has to build the cars and deliver them first.

Let us know what you think about this please in the comments section below. What would you do if you were Tesla's CEO? How would you turn things around?

Robert wrote on March 29, 2018 - 10:54am Permalink
This too shall pass. People are so focused on the short term. In two years it won't matter whether the Model 3 hit 5000 /week this quarter or next. People will die in cars with autopilot enabled. Every driver can decide to use this technology or not. Just remember that when the Joshua Brown died in the first autopilot accident, the National Traffic Safety Board said that the accident rate for Tesla's cars with autopilot engaged was half that of those that had NOT engaged autopilot. In other words, if everybody drove Tesla's with autopilot engaged there would be 20,000 lives saved in the USA per year. Stay focused on the big picture and the long term. The storm clouds will eventually dissolve and the sun will shine again.
Kenneth wrote on March 29, 2018 - 10:55am Permalink
A company that has an excessively large cash reserve is one that has more cash than ideas. Elon has a lot of ideas and is spending cash to execute them. I'd rather bet on a company with ideas than cash.
Armen Hareyan wrote on March 29, 2018 - 10:55am Permalink
Tesla has a lot of cache? How much? And how much debt does Tesla have?

Elon Makes a Cybertruck Statement With an Action, But Quiet in Words
Tesla's Record Month in China: Doubled Registrations in March 2021
END_OF_DOCUMENT_TOKEN_TO_BE_REPLACED