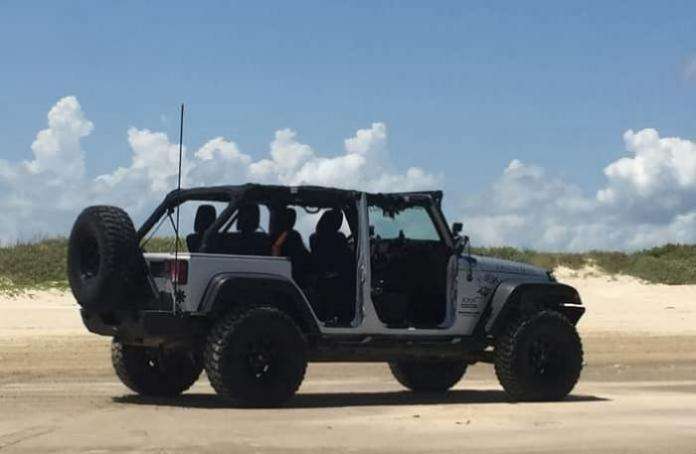 The Pros And Cons of Body Armor on a Jeep Wrangler

There is an interesting chatter on Jeep Wrangler TJ / LJ Owner's Group on Facebook where Jeep Wrangler owners discuss the pros and cons on body armor on a Wrangler.
Advertisement

"I just got a TJ that has obviously been on some rocks. Some of this body armor stuff will cover a lot of the dents/scratches but not wanting to look cheap either," writes a group member named Andrew.

Some people only mention the pros and say the body armor on a Jeep Wrangler looks good. According to them it's easy to just spray paint if any scratches. It makes the Wrangler look stronger.

"Both my Jeeps are full armor," writes a group member named Jayson. "Cheap Smittybilt stuff. Powdercoat on it was not the best but I can't see paying triple for better Powdercoat," he adds.

Also see: Both The Excitement and Skepticism of The New 2018 Jeep Wrangler.

Here are few other opinions from the group members on what other Jeep Wrangler owners say about their Jeeps.

Jamie Steele writes. "I have full Smittybilt armor in rear of my Wrangler and MC fenders on front. Lots of holes in the tub to mount it. You have to be committed to put it on. All the silver screws you on the rear are bolted through the tub."

"If you are going to do more than trail ride armor is great. Go aluminum and keep it light," recommends James Rittenhouse.

Jon Console from the group recommends Poison Spyder. He says it adds a little weight, but when in rock saves the body.

Joe Lyons recommends. Coat everything with a layer of good latex caulk before mounting everything to create a barrier to keep moisture out so it doesn't rust.

People say You put it on to protect the body of your Jeep Wrangler. You kind of ruin the body to do it and add a boatload of weight so that you fight obstacles off road and, consequently, need body armor. Everything on a Jeep adds weight, lift, larger axles, larger tires, etc. Poison Spyder rear aluminum crush corners weigh next to nothing.

What do you think? If you are a Jeep owner, do you think body armor on a Wrangler is a good idea? Also don't miss the 2 types of Jeep owners and the Jeep Wave you may not understand.