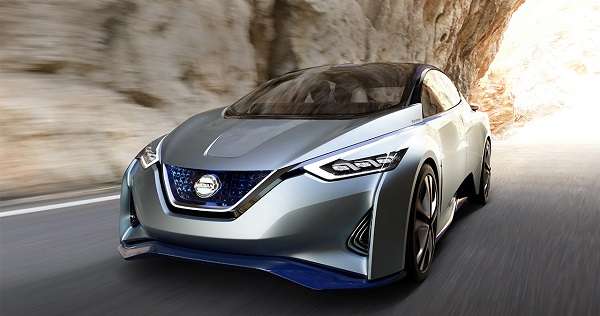 New Nissan LEAF with 200 Mile Range vs Tesla Model 3: What Do You Do Now

Nissan is more serious about upgrading its LEAF than some people think and now throwing a new challenge competing directly vs Tesla Model 3 with a comparable range and probably a lower price.
Advertisement

Yesterday Autoblog Green got a confirmation from a Nissan executive that the next-gen Nissan Leaf will indeed have a 60-kWh pack. This will allow the 2nd generation Nissan LEAF to have a 200 miles range putting it in direct competition with Tesla Model 3, which has similar range starting at $35,000 price point.

Nissan's Kazuo Yajima didn't reveal when the 200 mile range Leaf is coming, but according to Autocar, Nissan’s Gareth Dunsmore, director of the company’s zero-emission business unit, revealed that such a range should be "viable for production in 2018, provided the larger battery meets Nissan’s price and durability targets."

The 200 mile range Nissan LEAF in 2018 makes a good sense. In 2014 TorqueNews reported that the Korean battery maker LG Chem has announced that it will supply the battery for a 200-mile electric vehicle in 2016. Obviously the technology is already there and electric car makers are taking advantage of these long range batteries more boldly and it may be possible that they offer competitive prices, such as Tesla Model 3 and Nissan LEAF.

Nissan's LEAF strategy is similar to Tesla: offering larger battery packs to get more range.
Range: Tesla Model 3 is announced to have 200 miles of range per change and possibly more. Nissan's new LEAF is also said to have 200 miles of range per charge.
Release Date: Tesla Model 3 is expected to be shipped in late 2017, but most of it's nearly 400,000 reservation holders will receive it in 2018. The new Nissan LEAF's reveal date is unknown, but is expected sometimes in 2018.
Price: Tesla Model 3 starts at $35,000 with basic options and goes up in price if you would like to load more options. Currently Nissan LEAF prices range from $29,000 to 36,000 dollars, but I expect the 200 miles range LEAF to be either comparable to Tesla Model 3 or be priced even lower than Model 3.

What Can Nissan Do
The sketches are already more appealing than BMW i3. I am thinking Nissan will not make the same mistake twice. The company is happy that the EV platform turned into a success despite the hideous look. Adding range and fixing the style will turn this car into something big and good. If Nissan can deliver the new LEAF in early 2018 or even late 2017 with a slightly lesser price than Tesla Model S, it can certainly have a winner and who knows perhaps some Model 3 reservation holders may switch to the new LEAF if all these parameters are met.

Don't Miss: The Catastrophic Error Nissan is Making with LEAF

I am glad Nissan is making a decent replacement for LEAF. "The current one has fallen way behind the times and has the most plastic dash and dated display I've seen for years," writes Richard in one of the EV forums. "We ran the KIA Soul EV and LEAF at work next to each other and staff all chose the KIA so we just have seven of those now," he adds.

What do you think about the new LEAF and how do you think it will do in its competition vs Tesla Model 3. Please share your opinion in comments and let us know if you are Model 3 reservation holder.

Image: Nissan's IDS concept, which may be the future look of Nissan's 200 mile range LEAF.

Rick S wrote on June 21, 2016 - 7:03pm Permalink
Still a no-brainer. Tesla. Their range of 200 miles is based on driving speeds of 65 mph. Nissan's range is best possible, meaning driving in city with stop/start traffic with lots of regen braking. Comparatively, Model 3 will get 412 miles in similar environment.
Jonathan wrote on January 2, 2017 - 1:59pm Permalink
Hmm, I bought a leaf for next to nothing and am enjoying it immensely. Think under $10k. LOL
Yaric wrote on June 22, 2016 - 9:21am Permalink
Of course Tesla. Nissan knows how to make new Leaf look ugly as hell. Tesla is sexy, I am counting days for my Model 3.
Steve Lavon wrote on July 30, 2016 - 5:19am Permalink
ELECTRIC CAR WITH NO ENGINE , NO OIL CHENGE , NO WATER FOR COLING ENGINE.. PRICE NEED TO BE $19 999. AS AMERICANS PRICE AL 1.99?? LET CHINA TO SALE IN USA A CHIP ELECTRIC CAR-(GOLFER} FOR STREETS TU MUCH NOICE FOR A ...... ''second car'' "local car for food shopping"