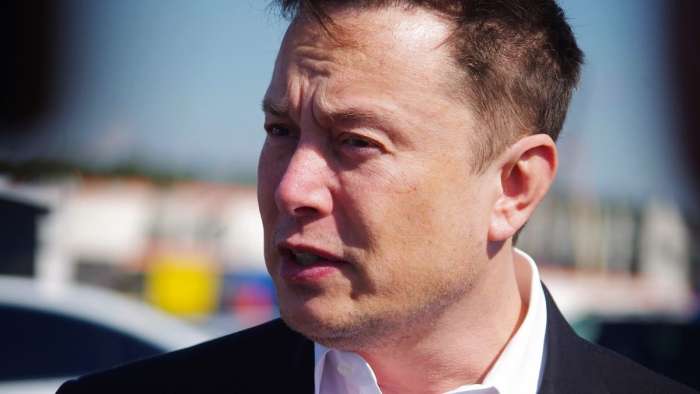 Musk: "I Gotta Go, I Gotta Look at The Factory," Full Interview

This afternoon Tesla CEO Elon Musk visited Giga Berlin on his visit to Germany, praised the construction progress and announced new innovations for the location and for the Model Y electric crossover that is going to be produced at Tesla's first European Gigafactory, located in Grunheide, not too far from Berlin.
Advertisement

This was Elon Musk's first visit to Giga Berlin. Upon arrival, in a short statement, Musk praised the rapid construction progress and the business location of Giga Berlin in general. "Germany rocks", he said and called the new facilities "the most environmentally friendly factory in the world."

For the coming years, he not only promised battery cell production at the site, but the engineering services and design development are to be promoted there soon as well. Musk also announced an entirely new propulsion technology - "a big thing," as he said. One is planning "a radical redesign for the core technologies of the automobile industry," said Musk. At a so-called "Battery Day" in September, he will be able to say more precisely what new technologies are being developed in Grünheide for the central control unit in cars. Many new jobs would soon be created at the location.

Our friend Tobias Lindh met with Elon Musk as part of the media at the Giga Berlin and recorded Musk's speech. Here is the transcript of that interview.

The interview was not very audible because of the wind, this is why we at Torque News deciphered and tried to present here in a legible way.

Question: How do you assess Giga Berlin's Progress
Musk: Giga Berlin is a great place to work. Tesla is making cool cars and we are going to need to hire a lot more people. So, we want people to think about working here. We are going to make it as convenient and easy as possible. We are actually going to have a train station that comes all the way from Berlin and brings stuff right to the entrance. In fact, I think two train stations? (he turned and looked at a Tesla employee, who noted positively). That makes it easy for somebody who lives in Berlin to come to work here. They could drive or they could go by train. I am really looking forward to having a wonderful place here.

I think the two main contractors a Bogle and Goldbeck have done great work. In fact, you see how quickly the progress has been going. It’s been excellent progress. This is using the technology of pre-fabrication. So while we were preparing the ground, with Boggle and Goldbeck, we have created the parts of the building in a pre-fabricated manner, so that it can go up incredibly quickly. And Giga Berlin will still be a very great high-quality building. 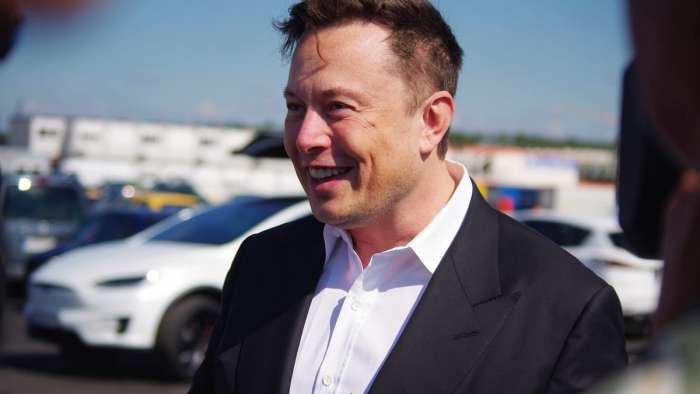 Question: How do you feel personally, in Germany.
Musk: Oh, I love it it’s great. I always have a good time here.

Musk: Oh you mean my kid. That sounds like a password. Yeah, he is great. I think next time I am going to bring him, maybe come back in a few months and bring him along.

Question: Mr. Musk, why are you building this factory in such a hurry, why so fast?
Musk: You know, I believe in speed. And I think, also, to be more serious for a second, it’s very important for the climate that we move quickly and accelerate and transition into sustainable energy and that we move as quickly as possible, and this is the reason for the sense of urgency. And I have been saying this for a long time and it's good to see some of the companies like VW take us very seriously now.

Still, a very small percentage of the cars that made, are electric.

I think maybe we will do more than cars here. I think we will be building some batteries, and cells, and some other things here. So they will be good for stationary storage of wind and solar. And essentially the three elements that are needed for a sustainable future are sustainable energy generation, energy storage, and sustainable transport electric cars, and eventually electric aircraft. And ironically, everything can go electric except rockets.

The reason for the urgency is if we take a short time or a long time. The faster we can make the transition to sustainable energy, the better for the world. That’s why.

Question: Do you have a message for the people here in the region?
Musk: Oh yes, well, first of all, we are very excited to be in Grunhieden. So, we very much appreciate the support, and I wanna make sure that when we have a big party to celebrate the opening of Giga Berlin, that the whole neighborhood is invited...

Question: So what are you doing here today?
Musk: Well, I came here to just see the progress, and I was actually meaning to come sooner, but of course pandemic. So, I was meaning to come here like 3-4 months ago and I will be here quite frequently as the new airport I understand is finally opening.

Question: How long will you be staying?
Musk: I am heading out late tonight. So from the begging of the week till now. It has been about 4 days or so. Buts it’s going great, I love Germany. It's great. And I am just very impressed with the talent and capability, engineering skill and you know I feel like this is an ideal place to have our first factory in Europe. We are going to start out with a factory, but then do original engineering and design work, and I think that I mentioned the Berlin paint factory will be the most advanced paint factory of any car factory in the world. I think it’s going to be really cool. It's going to be, being totally frank, better than the one in the U.S., but I will upgrade the one in the U.S. later. It's a really cool multi-layer paint system. And we are going to have a color wrap here, and it’s going to be really cool. You know, it's engineering and design, as well as manufacturing.

Question: What are the plans for the future?

Musk: Like I said, we will build the factory, but there is a bunch of innovative stuff that we will be doing here that we will tell you about in the future. There will be a brand new architecture for the Model Y in Europe. It’s not the same model Y, built in USA or China. It will be radically different. The Model Y, built at Giga Berlin, is a radical design of the core technology of building a car. And some of this, when I do the Battery Day in late September, then I will talk more about the things we are going to be doing here in Berlin. For the first time there is going to be a core structural design of the vehicle. It’s quite a big thing, like I said, both the main factory and engineering and design, as well.

Question: Are you aware of the water issues we are having in Brandenburg?

Musk:I was trying to get an understanding of the water challenges, and I understand it’s quite complex. (Then Elon talks about apparently a late mining company pumping water and asks the reporter if she was familiar with this. I think fundamentally, we are not in a very dry region,

Reporter: Yeah, but we are still suffering from droughts.

Musk: Yeah, but these trees wouldn’t be growing if there was no water. I mean, we are not in a desert. But I think the reality is that the factory is not a very intense consumer of water per square meter. Over the course of the year it’s not a really intensive user of water, and we will recycle as much as humanly possible, I am pretty confident it will be the most environmentally friendly factory in the world. And that’s our goal. And so anything we can do the make it better for the environment, we will do that. Because that is the mission of our company. I am very open to criticism and advice, for what we can do better, so let us know.

Here the interview ends. The reporters wanted to ask more questions, but Elon said, "I've got to go, I've got to look at the factory."

Let me know please what you think about Elon's visit to Tesla Giga Berlin and the announcements that he made in this interview today.

David Smith wrote on September 4, 2020 - 1:54am Permalink
Hi, Can you release a version of the video with the original audio please? I know you said it’s muffled because of wind noise, but I would like to hear it anyway. Some parts of the transcript don’t seem to quite make sense or don’t sound like something Elon would say, so I would like to listen to those parts to see if I can make out what he is saying for myself. I can read lips, but the more audio I have the better I can do, even if it’s muffled/windy. Thank you!
Armen Hareyan wrote on September 4, 2020 - 8:29am Permalink
Hi David. our commenting setup doesn't allow links, but search in Google "Tobias Lindh, Youtube." Go to his Youtube channel and you will see Elon Musk's interview with the media at Tesla Giga Berlin.