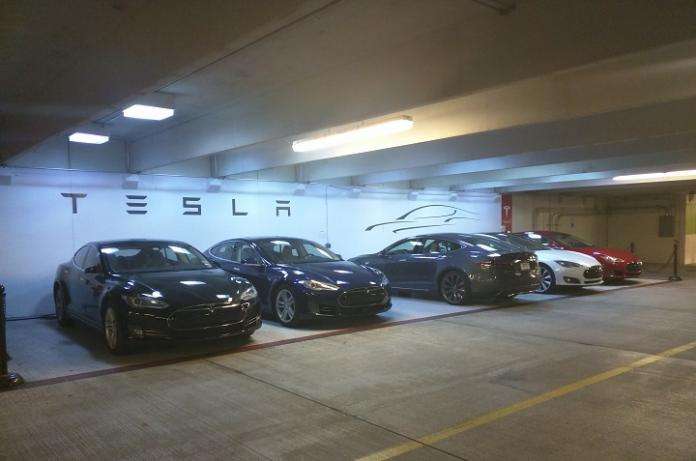 As I am looking on Twitter, Facebook and social media to find any interesting piece of information about what's going on in Tesla headquarters ahead of the Model 3 handover party's start in few hours, I see some interesting tweets by Tesla investors and enthusiasts ahead of the start.
Advertisement

Here are few of them ahead of tonight's Model 3 handover, which promises to be very interesting to follow.

"10 or even 5 years ago I never thought I would be spending my Friday night anxiously awaiting a live stream of a product launch," tweets one user with a futuristic name @motelsonmars. Indeed, who would think he or she would spend a Friday night anxiously waiting for a life stream from a car company. Our lives have very much transformed in the past 5-10 years.

Investors are nervous. "Hope musk can deliver all the Tesla model 3 on time," tweets another user displaying having second thoughts whether Tesla can deliver all the promised vehicles on schedule. If the company for some reason fails to do so, there will be huge disappointment considering the advent of the 2018 Nissan Leaf and new developments coming from VW I.D. series and Toyota electric batteries.

Looks like Cars.com is at the handover party too. They just tweeted "Mic check, one, two, one, two ... Yep, it's on. Get ready, then: We'll be live-tweeting the #TeslaModel3 handover party shortly. Stand by!"

Teslarati just tweeted this sneak peek party picture. Looks like everything is getting ready for the event's start.

Sneak peek of Tesla Model 3 event: It's going to be an epic and emotional party via @Teslarati https://t.co/z056liwnsj

By the way, have you seen this video of Tesla testing Model 3 in high speed? Also see Tesla's two directions if it fails or succeeds delivering Model 3 vehicles on time.