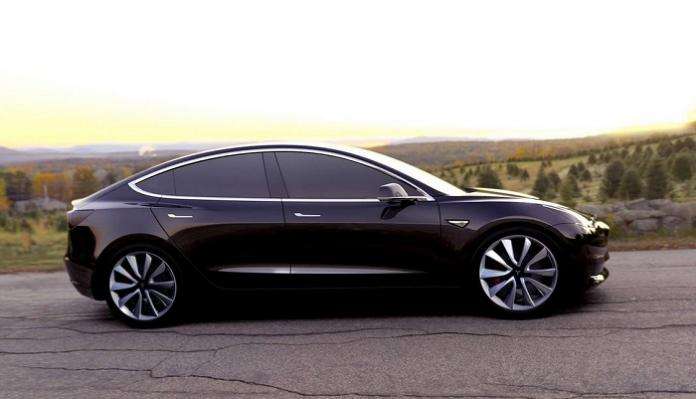 Tonight Tesla will live stream it's Model 3 launch party event and more than half a million reservation holders, investors and electric car enthusiasts can watch it live on Tesla.com. Here is the section Tesla is most likely to air it live.
Advertisement

According to The Verge a live stream of tonight's Model 3 party will be available on Tesla.com’s website, "either directly on the main page, or through the Events and Presentations section on the Investor Relations page." This is Tesla's Events and Presentation page. Currently, there is a link to "Tesla Motors, Inc. Second Quarter 2017 Financial Results Q&A Conference Call," which will be podcasted on August 2nd, but so far no link to Model 3's event party.

However, Tesla CEO Elon Musk is known for his last minute announcements and sharing pictures, so I expect the link to be available any time during today or even an hour or minutes before the party starts. If you remember the recent announcement about Model 3 update coming on a "Sunday" and sharing the images, or making more announcement on Sunday evening came very late in the evening.

The event will be at 8:45PM in Pacific time. Obviously, Tesla enthusiasts and reservation holders in the East Coast and Europe have to stay awake to watch the event. But if I were them, probably it would be better to get a good night of sleep and watch the event's recording in the morning.

Watch the first Model 3 handovers on https://t.co/7Ol1Bw0ZaG this Friday at 8:45pm PT pic.twitter.com/b00OZGviNK

2 Things Can Happen With Tesla With Model 3's Promise

First, if Tesla meets its aggressive production schedule, finally the company will become profitable. But if for any reason Tesla can't meet its Model 3 delivery schedule, reservation holders and potential investors will lose faith in the company.

"Potential customers could lose faith if Tesla doesn't meet its aggressive production schedule, or if the cars have quality problems that strain Tesla's small service network. The compact Model 3 may not entice a global market that's increasingly shifting to SUVs, including all-electric SUVs from Audi and others that are going on sale soon," concludes AP in an article published on CNBC. However, the writer there also observes that "higher sales could finally make Tesla profitable and accelerate its plans for future products like SUVs and pickup trucks."

Analysts forecast sales of $2.54 billion to 2.62 billion in the second quarter, "which would compare with $1.56 billion in the year-ago period and would be a slight dip from $2.7 billion in the first quarter," reports Marketwatch.

According to USA Today, "Early Tesla buyers could get the best deal because the company is approaching its federal limit for $7,500 electric car tax rebates. Edmunds.com analysts estimated Friday that Tesla has only 79,000 rebates remaining, meaning they could run out by early 2018 unless Congress acts."