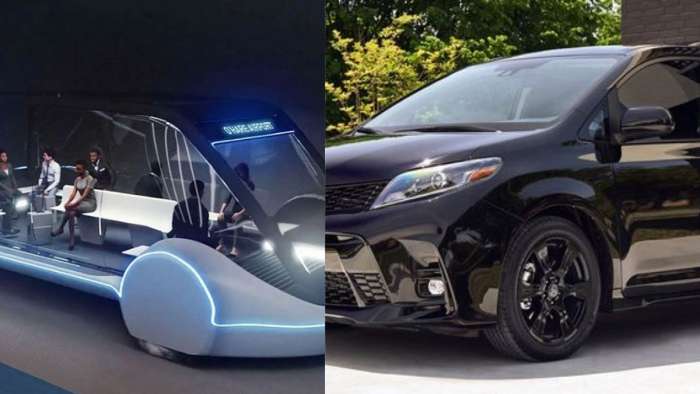 GM, VW, and Hyundai Are More Realistic Competitors To Tesla Than Toyota

Recently when I published a video report about Toyota coming with an electric vehicle offensive in 2021, a number of observers doubted Toyota's strength saying GM, VW and Hyundai are more realistic competitors to Tesla than Toyota, when it comes to producing electric cars in 2021.
Advertisement

The people who doubt Toyota have some points because the competition with Tesla in 2021 comes down to production. Who has more experience and will produce more electric cars, and who will sell more electric cars in 2021 than Tesla.

There are lots of pros and cons between Toyota and Tesla, but as Torque News EV contributor Dean McManis writes, we can compare how future Toyota electric vehicles compare to Teslas and other EV models once they are actually built and available to buy.

"It is good to hear that Toyota has EV plans, but for now it doesn't mean too much. I think that GM, VW, and Hyundai will be more realistic competitors than Toyota in the near future," writes McManis.

All of them have announcements for real future models due out this year.

"Toyota's announcement sounds to me like GM's 2017 statement of having 23 electric vehicles out before 2025. And most of us listening thought that we would see 2-4 new GM EVs out for sale in 2018. However, now 3 years later, GM is still selling just the Bolt, and we will finally see some new EV models in late 2021," McManis writes.

In other words, no competitor is catching up with Tesla until they have electric vehicles on the road with a large demand.

As of now Tesla electric vehicles are arguably the best in class. Toyota may be able to close the gap and be the number two electric vehicle producer in 3-5 years. While Toyota has other charging options with third-party chargers, perhaps it may be smart if Toyota would license the Supercharging option from Tesla, giving its new EV buyers an immediately available large reservoir of fast-charging stations.

Also, if Toyota starts with a minivan it could immediately apply to millions of van buyers in an area where Tesla hasn't entered yet. Am I missing anything?

DeanMcManis wrote on January 9, 2021 - 6:11am Permalink
Thanks for publishing my comments Armen. Toyota has been dragging their feet in committing to BEVs for many years now. They did partner with Tesla to build the RAV4 BEV from which was sold from 2012-2014, but Toyota only made 2489 of them and they were only sold in CA. I do think that Toyota will get serious about selling BEVs, but not in 2021. With Tesla's recent announcement of their $42K Model Y, RWD model, and Ford starting to ship their Mach-E crossover which costs $47K before options and subsidies. Toyota has done well in 2020 with their RAV4 Hybrid because of good pricing and no limits on production. I suspect that even if Toyota does ship a BEV crossover in 2021, that quantities sold will be even lower than the RAV4 Prime was this year.
Rich wrote on January 10, 2021 - 11:01am Permalink
Imho toyota is the biggest threat to tesla, due to huge quality and durability advantage due to the Toyota production system (TPS). Although they share its principles, no one has been able to approach their quality and reliability. Fixing problems after delivery (tesla) does not scale. The open question to me is whether the quality gap is due to philosophical differences, for Elon exhorts workers for faster production much more often than quality. Tesla tests cars for only 2 million miles instead of 10 million miles, etc. Could his software background bias him toward viewing quality as a matter of bug fixes in software updates? Regarding car fires, although Tesla claims much lower incidence than gas cars, they should compare fires only in cars < 8 yrs old for tesla versus ICE, as most car fires that I have seen are in much older ICE cars. Just one example of vulnerability of Tesla. Some consider prius as highest quality car ever built. Toyota is the 500 lb gorilla on the front porch.
DeanMcManis wrote on January 12, 2021 - 4:11am Permalink
I don't see any actual numbers verifying your assertion that there is any real advantage in reliability and quality for Toyota over Tesla. This is more of a biased opinion than a fact. Toyota does have a history of building reliable cars (I own a Corolla) but EVs also have very high reliability as well. Regarding fires in EVs, that is another myth, fostered by Tesla stock short sellers. Last year there were almost 190,000 vehicle fires in the U.S. and almost all of them were gasoline/diesel powered vehicles. Tesla listed one fire per 5 billion miles driven, and considering that 60% of all vehicle fires are started by automobile accidents, that number is dramatically low (for Tesla).
Garage wrote on January 10, 2021 - 11:00pm Permalink
If consumers want little to do with GM and VW (or even Volvo) ICE vehicles because of poor reliability, why would they suddenly consider those manufacturers for BEV vehicles? Leaders (like Tesla and Toyota) tend to stay leaders for obvious reasons. Honda is grossly behind in the BEV category. And Suburu is so far behind it needs to partner with Toyota. And Mazda is just flat out ignoring the BEV market.