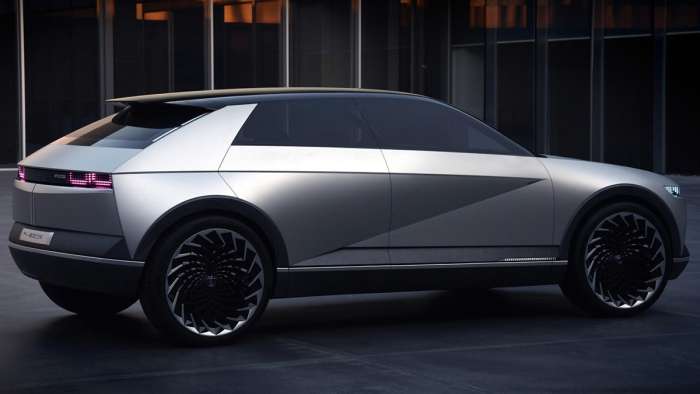 Somebody in Austria hit the wrong switch and we now know what specifications the all-new 2021 Hyundai Ioniq 5 EV will offer.
Advertisement

An enthusiast website has uncovered a big oops via Hyundai Austria: specs for the 2021 Hyundai Ioniq 5 electric vehicle. Some pretty good numbers were unveiled before the mistaken publication was revealed.

The sharp-eyed folks at the Korean Car Blog discovered that Hyundai Austria was accepting consumer reservations for the Ioniq 5. Here is what the website learned about the all-new electric vehicle that is underpinning Hyundai’s new brand.

These specs show that the Hyundai Ioniq 5 will have a range of 280 miles when fully charged. It’s not the 300-mile benchmark most crave but it’s more than enough. Americans have this bad habit of buying vehicles for capacities used less than 1% of the time. Over 99% of the time it’s safe to say most Americans do not travel 300 miles. You just don’t.

OK, so let’s say you need to take that rare trip of more than 300 miles? You won’t be able to do it one shot with the Ioniq 5. If you need to recharge, though, you can do it pretty darn quickly.

The blog reports, using the same 800V charging system as the Porsche Taycan, the Ioniq 5 can be charged up to 80% within 18 minutes when using Ionity, a 350kW super-fast charger. Hyundai Motor Group’s patented multi-fast charging system (400V voltage boosted to 800V) was also installed.

That means you can travel 280 miles (probably more if you’re smart about your driving habits) and in 18 minutes you will be able to drive about another 225 miles. Guess what? After driving 280 miles, you should probably take a break anyway. 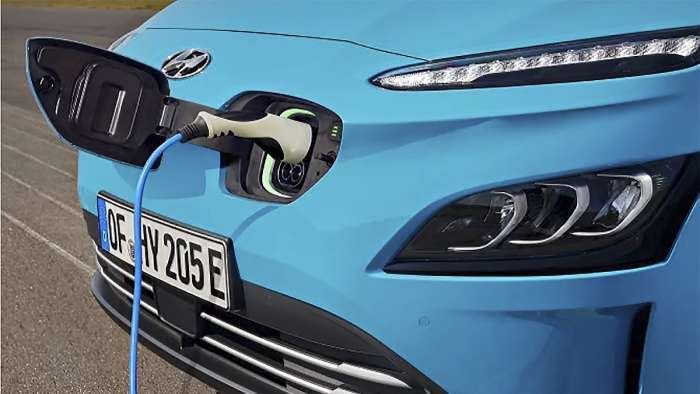 Here are some other specs. The Ioniq 5 will also have all-wheel drive: a nice feature for a midsize SUV. That’s thanks to a dual-motor system. In addition to strong handling, the Ioniq 5 also has a 0-60 time of 5.2 seconds. Again, some might oddly lament that time as slow but EVs aren’t meant to be driven fast. Their instant torque does provide great acceleration but that also drains the batteries quickly. 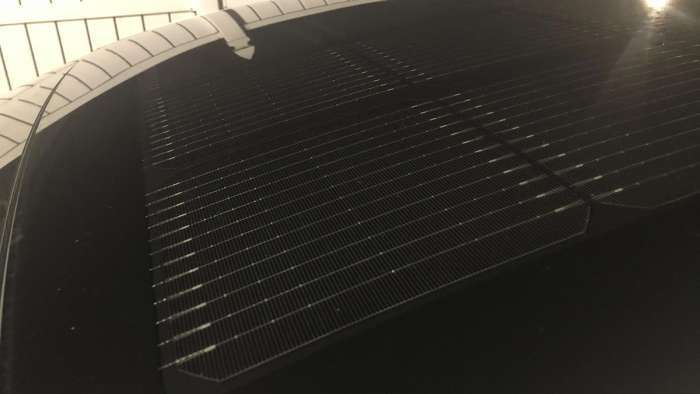 Solar Panel
Also featured on the Ioniq 5 is the solar panel roof found on the Hyundai Sonata Hybrid. It helps top off the vehicle’s battery, especially if you live in sunny climes like Southern California, Nevada and Arizona. Other parts of the country won’t benefit as much.

The Ioniq 5 is based on Hyundai’s ‘45’ EV concept, which debuted at the 2019 Frankfurt Auto Show. At the time, Hyundai said, “The iconic character of 45 is defined by its monocoque-style body, aerodynamic and light-weight design inspired by aircrafts from the 1920s. The car’s name also owes itself in part to the 45-degree angles at the front and rear, forming a diamond-shaped silhouette that further foreshadows the design direction of future EV models.”

What do you think of the specs for the Ioniq 5? Does less than 300 mile range affect your thoughts on it? We can’t wait to experience one in the real world.