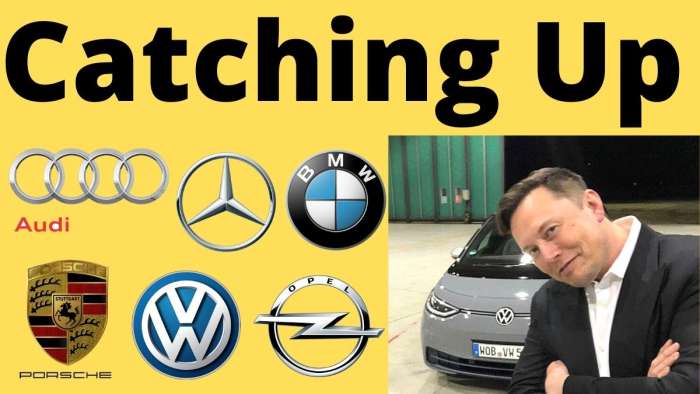 German Carmakers Are Catching Up With Tesla

While auto enthusiasts are watching if the German car industry will soon beat EV leader Tesla, The New York Times journalist Jack Ewing thinks German engineering has accepted the challenge and is now striking back.
Advertisement

Too slow, too sedate, too backward-looking: the German auto industry has recently suffered a lot of beatings at home. But abroad, expectations and respect for German manufacturers remain high. There they are excited to see how Volkswagen, Daimler, and BMW could beat Tesla in the future.

German engineering has accepted the challenge from Tesla and is now striking back - this is how the New York Times journalist Jack Ewing, who lives in Frankfurt, sees it: “Germany is considered the birthplace of the gasoline-powered automobile. It is still a source of national pride. The automakers want to show that they can adapt their expertise in terms of high performance, reliability, and comfort to electric vehicles."

Ewing is very enthusiastic about the Porsche Taycan: the first purely electrically powered car from the Stuttgart sports car manufacturer. Taycan is "an early example of what German carmakers are capable of when they focus on electric cars," he writes.

He was recently allowed to test drive the Taycan at the Hockenheimring. Ewing was particularly impressed by the explosive acceleration, which, unlike tests on Tesla's Model S, showed no signs of fatigue even after an hour with a draining battery. “The Porsche Taycan shot off so quickly from a standing start that my skull hit the headrest and my vision blurred,” writes Ewing in the New York Times. “It was a demonstration of what can happen when German engineers apply their intelligence to electric cars. And it offered an indication of how the German luxury car makers hope to prevent Tesla from destroying the country's most important export industry." 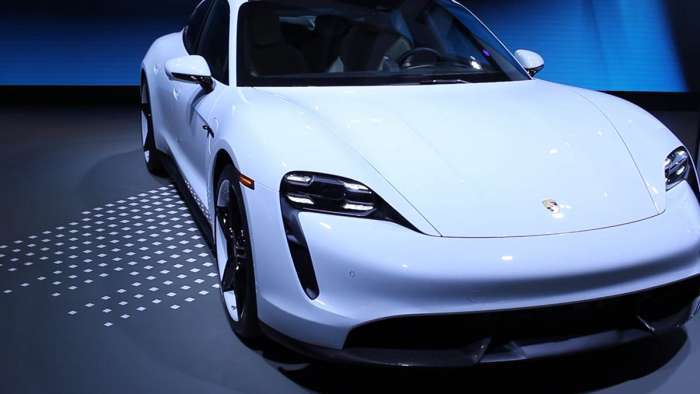 Ewing also expects great things from the new luxury models from Audi, such as the E-Tron GT and Mercedes-Benz, such as the EQS. Instead of “awkward conversions of combustion models”, German electric cars in the premium segment are finally coming onto the market, “which have been designed from the ground up to run on batteries. These new thoroughbred electric models will decide whether the German carmakers can maintain their hegemony in the upper market segment in the face of the attack by Tesla, which had another record year producing 500,000 electric vehicles and delivering 499,550 of them. ”The Germans are still lagging behind Tesla in terms of range and autonomous driving. But the German auto industry is countering the boldness of Silicon Valley with its own engineering skills.

Volkswagen and Daimler want to use advantages in mass production

This also includes perfecting the manufacturing process - something that Tesla also has to deal with. With mass production based on platform technologies and in battery production, Daimler and the Volkswagen Group could attack Tesla on the price, believes Ewing.

So 2021 should be exciting not only in regard to expectations from Tesla, but also from Germany carmakers. While the German manufacturers are investing massively in electromobility and bringing new models onto the market, Tesla wants to open its factory in Grünheide near Berlin. The duel between the traditional manufacturers and the electrical pioneer will then take place directly on German soil.

cj wrote on January 3, 2021 - 10:31am Permalink
Catching up? VW can't even get the chips it needs right now
Nothanks wrote on January 3, 2021 - 11:45pm Permalink
Lol. What a crock. They have an over ten year lead on all automakers. Nice try TSLA short.
Allan wrote on January 4, 2021 - 1:58pm Permalink
Good luck. Which German legacy auto make will be gone or merged within the next two years? They are all playing catch-up with Tesla who never stops innovating. The best and brightest talent goes to Tesla first. On business model alone legacy auto is already shackled and will struggle to be competitive. Good luck!
David Stott wrote on January 5, 2021 - 7:13pm Permalink
So the Germans STILL don't get it. Tesla was not successful because it designed electric cars from the ground up. What Tesla designed is a software car from the ground up with, crucially, OTA updating. My 3.5 yr old MX is now the best it has ever been. Engineers will never understand how great that is for the consumer. And for resale prices.