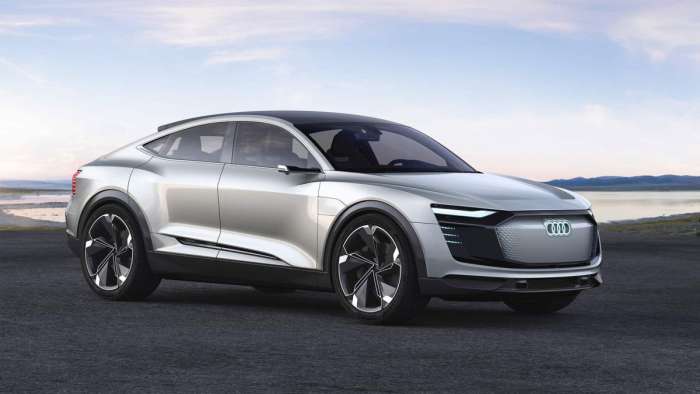 Here's an interesting tidbit: as you may suspect, automakers like to tease their special models. It's a way of hooking gearheads with the new iron well before the official release of the vehicle. That's exactly the way Audi has been handling the release of its EV E-Tron GT.
Advertisement

Sometimes an automaker will tease a new vehicle and will then, from time to time, continue to tease the car, slowly revealing the entire model. Most of the time, the early comments are just enough to wet the whistle, so to speak, so that enthusiasts can hardly wait for the real thing.

For example, Audi announced it would be bringing out a four-door electric last March. That was the first mention of the planned E-Tron GT. And, there wasn’t much more forthcoming from Ingolstadt. Audi Continues To Tease About the E-Tron GT.

Meantime, the automaker has finally given out a bit more info on the planned GT. According to a mention in the British publication Autocar, the planned performance EV will make its appearance sometime in 2020. Though it will use the power train much like the planned E-Tron SUV, it will be aimed more at power, rather than maximizing range, as would be the case with an SUV.

The GT will share the same platform as that used by the Porsche Taycan Audi E-Tron GT To Share Porsche Taycan Platform. so, as Motor1.com writes, quoting Autocar, it is no surprise that the E-Tron GT will get a “get some genes from Porsche,” as well as Audi.

According to Autocar, the four-door GT will be the carmaker’s first vehicle to allow 350-kW fast charging. This means the E-Tron GT can achieve an 80 percent charge in less than 12 minutes. And, as Motor1.com observes of this feature, “With the rumored focus on performance rather than range, this feature should be warmly greeted by customers.”

Audi will show this concept model at the upcoming Los Angeles Auto Show next month. Audi To Debut Concept E-Tron GT In LA. Following rather quickly on the heels of this concept vehicle, Audi is reportedly going to go into production of the E-Tron Sportback. Next, Audi plans call for the production of the GT in 2020. The manufacturing site will be Audi’s Neckarsulm factory in Germany. Ultimately, Audi will have 12 EVs debuting between 2019 and 2025.