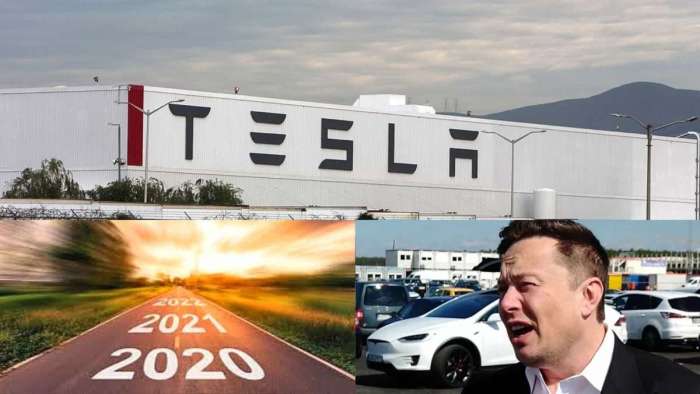 This Is How Much Tesla's 500K 2020 Deliveries Will Be Revised

In 2020 Tesla delivered a total of 499,550 vehicles. That is more than the experts expected. Yet, this number will be revised very soon, and here is how much it will change.
Advertisement

This morning Tesla (NYCE: TSLA) announced that it delivered more vehicles in 2020 than experts expected. More precisely, Tesla produced 509,737 electric vehicles and delivered 499,550 of them by December 31. The goal that CEO Elon Musk had set himself was only slightly missed. Musk had aimed for half a million deliveries. Wall Street analysts had expected 481,261.

In the Q4 and 2020 Vehicle Production and Deliveries release Tesla said, "our net income and cash flow results will be announced along with the rest of our financial performance when we announce Q4 earnings. Our delivery count should be viewed as slightly conservative, as we only count a car as delivered if it is transferred to the customer and all paperwork is correct. Final numbers could vary by up to 0.5% or more."

So much will Tesla's Q4 and 2020 deliveries potentially change when the official numbers are released?

Remember that number please. When Tesla releases its 2020 final numbers, it should be above 502,048 deliveries in 2020 if Tesla's guidance to view its current numbers conservatively is to be followed. 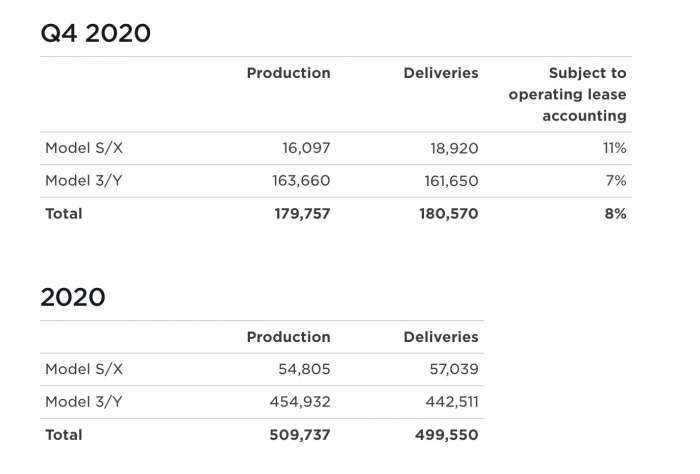 Musk wrote on Twitter that that achieving "this major milestone" made him very pleased of the Tesla team and added, "at the start of Tesla, I thought we had (optimistically) a 10% chance of surviving at all."

So proud of the Tesla team for achieving this major milestone! At the start of Tesla, I thought we had (optimistically) a 10% chance of surviving at all. https://t.co/xCqTL5TGlE

He also commented under his tweet writing, "Tesla is responsible for 2/3 of all the personal & professional pain in my life combined. But it was worth it."

Tesla's Q4 deliveries are great, but I think we should focus on production.

"Delivery is one thing, but I am definitely focusing on production. The reason is that deliveries have some delays in being able to reach to customers. Not everyone who ordered their vehicle will get them in their hands before the end of the quarter. Delivery is just showing how many customers got their vehicle. But production shows how many people have ordered their vehicles and how many Tesla has been able to produce, which is the end goal. But other than that, Tesla has done a great job.

While produce is saying the many people who have ordered their vehicle and the units that Tesla was able to achieve. Which is the end goal." writes Jesbaam Sanchez under Torque News Youtube channel.

Overall, Tesla's achievement is insane, considering the year and the shutdowns. Congratulations Tesla. I am hoping that 2021 will be another successful year for Tesla. Today Elon Musk wrote that Tesla FSD will soon be much safer than humans. This is another good news for Tesla and its success in the near term. Here is what to expect from Tesla in 2021.

What are your expectations from Tesla in 2021?