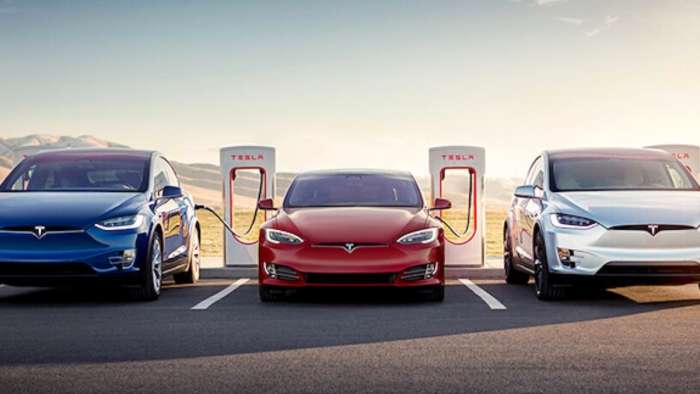 Consumer Reports (CR), the main independent organization in the United States dedicated to product testing, warned that the cameras that equip Tesla vehicles raise "privacy concerns" days after China was known to limit the use of the manufacturer's cars in certain areas of the country.
Advertisement

CR's warning comes a week after Tesla confirmed that it is studying some recordings made with the cameras located in the cockpit of its vehicles. In the case of the Model 3 and Model Y, the camera is located in the rear view mirror, as part of their research work in autonomous driving.

The director of the CR test center, Jake Fisher, stated in an article published on the organization's website that "if Tesla has the ability to determine if the driver is not paying attention, it needs to notify the driver at that time, as already other manufacturers do."

John Davidson of the Electronic Information Privacy Center (EPIC), an expert consulted by CR, noted that "there is always the possibility that insurance companies, police, regulators and others will be able to obtain that information."

Davidson also warned that Tesla may use the collected videos for purposes other than security.

And Kelly Funkhouser, Consumer Reports' car interface testing program manager, stated that Tesla appears to have already used the recordings for its own benefit.

"We have already seen Tesla accuse the driver of not paying enough attention following reports of accidents that occurred when Autopilot was in use. Now Tesla can use the recordings to prove that the driver was distracted rather than responding to prompts. reasons why the driver was not paying attention. "

According to Tesla, if the driver activates the cockpit camera, the system can record the moments before an accident or the activation of the automatic emergency braking system. The company explains that these recordings help "develop future security features and software enhancements."

But CR stressed that driver surveillance systems from manufacturers such as BMW, Ford, General Motors and Subaru do not record images, nor transmit them, but instead use infrared to detect the movement of drivers' eyes or the position of their heads and Warn the driver if you think you are distracted.

Last week it emerged that Chinese authorities have restricted the use of Tesla vehicles in some areas of the country and some of its officials and military personnel for security reasons, mainly because of the cars' ability to record video of their surroundings.

Chinese authorities fear that the sensors that Tesla vehicles are equipped with, including cameras, could send information to the United States. Musk responded that he was aware of the concern and said, “if Tesla used cars to spy in China or anywhere, we would be shut down.”

DeanMcManis wrote on March 24, 2021 - 2:41am Permalink
This looks like Tesla stock short seller fear mongering. The Chinese government is obviously going to be nervous about any uncontrolled video cameras at government installations. I worked on automotive internal face and eye tracking systems for Toyota to detect inattentive drivers. It is of course possible to record full videos for surveillance, and this privacy concern is probably why Tesla delayed having internal cameras in their EVs for so long. But realistically the simplest real time systems track points rather than face images, so most likely there aren't humans looking at internal camera videos. The video cameras, and software interprets the position of the face and eyes at a software level. Look at the what the FSD images to aid with driving. Edges, and points. And then it organizes that information to identify vehicles, curbs, objects, and people. All without humans seeing the video image. It is natural for people to think about video privacy with Facebook, Google, and YouTube openly collecting and selling personal images, videos, and private information. But most of these tracking systems simply do their processing and analysis functions internally without humans or the internet being involved. For transparency, Tesla should reveal this to customers. If only to ease their concerns.

Tsingshan's Threat to Tesla: EV Maker Is In Battery Crosshairs
Tesla-Funded Research Reveals One of The Biggest Mysteries of EV Battery
END_OF_DOCUMENT_TOKEN_TO_BE_REPLACED