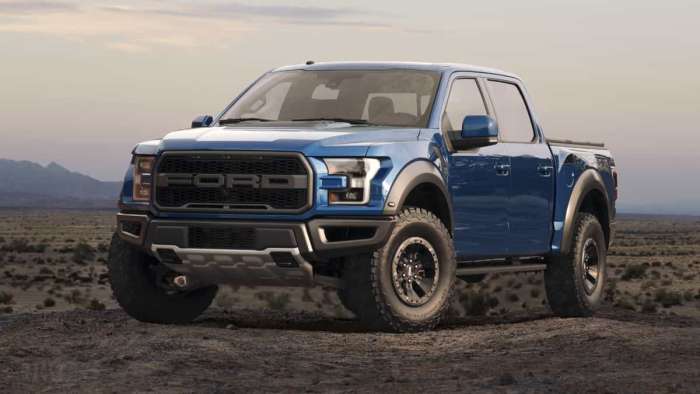 EV Versions of Top-Selling Trucks, Like Ford F-150 and Toyota Tacoma, are still not available, but There Is Good News

Canada's British Columbia last week joined 10 US States and a number of major countries, which have passed mandates to achieve Zero Emission Vehicles (ZEV) by 2040. This is the good news, but the automotive industry and governments must work overcome the obstacles and concerns to make this a reality.
Advertisement

For example, Zero-emission versions of top-selling models, like the Ford F-150, RAM 1500 and Toyota Tacoma, are still not available. This is in light of Tesla's EV Truck, which was said will be priced below 50,000 dollars.

Last week, we received welcome news from the provincial governments of Quebec and B.C. just as gas prices reach all-time highs. With new incentives for the purchase of Electric Vehicles, this new development may propel new car buyers to electric vehicles as well as major car makers to invest more in EV production and development.

"With the advent of incentives to purchase Electric Vehicles and green project funding in Quebec, Canada will not only meet, but exceed carbon target. Surely, the target of 10% zero-emission vehicles by 2025 can be achieved," said A. Paul Gill, CEO of Lomiko Metals Inc.

But concerns and challenges remain. Here are some of them.

Zero-emission versions of top-selling models, like the Ford F-150, Toyota Tacoma, Toyota Tundra, Chevrolet Silverado and Dodge Ram 1500, are still not available. There are also concerns about the impact of cold weather on battery life, especially in cold regions. The number of charging stations are yet another issue. And finally the cost of zero-emission vehicles relative to gas vehicles.

In my opinion 3 things will positively impact on these challenges. First, are the market forces. They will balance the supply and demand. 2nd, is that the governments can make more investment in terms of infrastructure other necessities to support the widespread adoption of electric vehicles. Third, is the time, which will bring more development. All these things will bring down the cost of EV production, battery life and making charging more accessible and faster.

Another issue is flake graphite production, which is widely used in EV batteries. I asked the CEO of Lomiko Metals to explain the situation with Graphite production in North America and here is what he wrote to Torque News.

As is the case with commodities, there were great fluctuations within a few years. For instance, in 2014 graphite use peaked in the USA and then declined for a few years and then went up again. This is all predicated on specific demand for products. Any oversupply of graphite was dumped onto the international markets undermining companies in North America.

For instance, the only mine that opened in the 1980s in North America was Strathimin. It fell on hard times and was then bought by two different owners until it is now owned by Imerys Carbon and Graphite, a division of International commodities conglomerate Imerys, shows the data from the U.S. Geological Society data:

One thing to note is that there are 76 Li-ion battery factories being built today. Most are in China. Much of the new production of graphite for those mines will be in Africa.

This increases the demand for the product, but also the volatility. In times of shortage, North American builders will not have enough to produce cars. Big companies want the security of supply which only China was able to supply in the last 30 years.

However, the move is on now to create North American supply so that the EVs can be made here.

In regards to Tesla, the cars made in China are for the market there, no the market here. China is going all-electric because they have to. Ever heard of the incredible pollution of Bejing streets? It's unreal. Pollution blocks out the sun most days.

In fact, the Gigafactory 3 is almost ready, shows this drone video, taken yesterday and Tesla will help the Chinese to reach the EV goals by producing Model 3s in months.

Erik wrote on June 3, 2019 - 10:39pm Permalink
Well with Ford's investment in Rivian there is a good chance that an EV F-150 is less than a few years away. GM has announced they they are developing an EV truck right now. It takes ~6 years to design and put into production a vehicle but GM has likely already completed the feasibility study into this and will likely have a new EV truck on the market sometime before 2025. Tesla is also likely already a couple of years deep on the development of their truck. So they will likely have their EV truck on the market by about 2024 ish (though Tesla might start taking deposits for it sometime next year). Tesla tends to be a little slower than the OEM's on the logistics front.