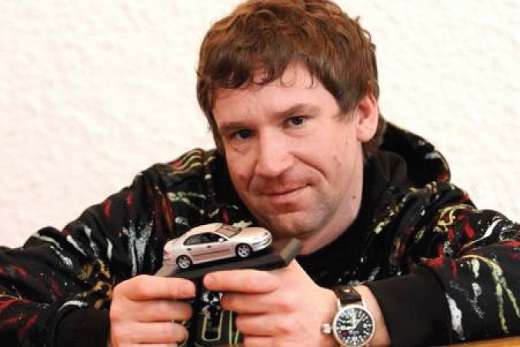 SAAB on path to slow transfer to young Russian ownership

Today's developments around SAAB further affirm the thought that the Swedish auto-pride will one day become the property of Russian financing.
Advertisement

"The government has given Saab the green light to borrow money for its daily operations," Swedish Enterprise and Energy Minister Maud Olofsson told reporters on Friday evening. Sweden, of course, has the final say in SAAB's dealings as it last year guaranteed $580 million European Investment Bank (EIB) loan for the company through its National Debt Office (NDO).

Sweden's National Debt Office on Thursday sent SAAB's refinancing program to the government and recommended approval. The proposed solution means that the auto-maker has permission to sell its real estate to Russian financier Vladimir Antonov. This will allow SSAB to use the entire loan approved last year by the European Investment Bank.

Who is Vladimir Antonov?

According to Wikipedia Vladimir Aleksandrovich Antonov is a young Russian banker, entrepreneur and investor. In 2007 Antonov’s personal wealth was estimated at $300,000,000 which ranks him as number 182 among Russian millionaires. He is only 36 years old.

However, there are three ifs in SAAB's real estate transfer to Vladimir Antonov; 3 demanding conditions that must be met. The agreement on property transfer must be signed between Saab Automobile Properties AB and the buyer. Thus, this agreement must guarantee Saab a reasonable payment for company. SAAB must retain access to the facilities and the payment for this solution must be transferred by a bank, which is not owned or controlled by Antonov. Olofsson told reporter that they want the transaction be carried out by a European bank to show the buyer is "serious."

The first installment in SAAB's cache will be 30 million euros.

In the meantime, subcontractors say SAAB has to pay its debt. Among carmaker's subcontractors the Friday news is not unexpected, but this does not mean the supply will start to roll in immediately. In fact the subcontractors are pretty firm on SAAB's paying its debt.

"I will not start delivering until we have seen the first round of transfer to enter the bank," says Svenåke Berglie to SVD.net, who is the president of FKG, the suppliers' industrial body. He says the money is necessary for the subcontractors to launch the production.

Lars Holmqvist, President of the European sub-suppliers' association CLEPA, tells SVD that Saab will also pay the paste due debt and cache on delivery. He says he does not know how large is SAAB's debt, but indicated in the range of hundreds of millions.

Here is a segment of Holmqvist's interview with SVD about what's next for SAAB.

Do you think this will solve the Saab's problems?

- No, absolutely not, "says Lars Holmqvist.

What do you think will happen?

- I would hope now that they have no plan and that they just need a little more time. But they have no funding to be held on, shall we say, six weeks, then the company is out of money again. Then this is just a way to buy itself some time. I do not understand how they are to survive, they sell so few cars so that the loss in the first quarter was a billion. What is it now that will get people to buy three or four times as many cars?

Holmes does not see the Saab's crisis as a temporary slump. He indicated Muller and Spyker may not be a good fit for SAAB.

- Since Muller and Spyker took over, sales have fallen constant and losses have increased each month," he says.