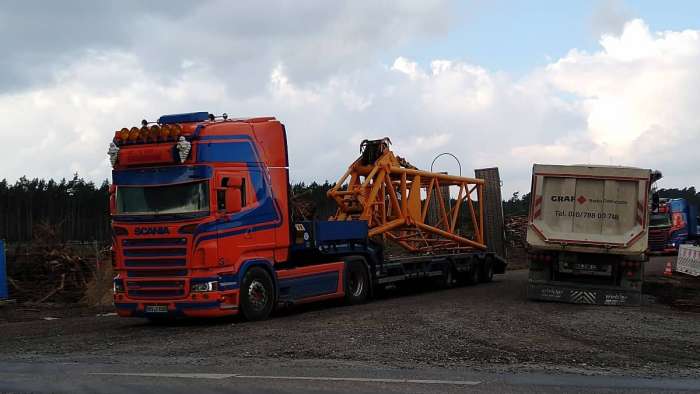 The 1st Crane at Giga Berlin Arrives with Heavy Equipment

Today’s news updates from Tesla Giga Berlin are very interesting. Tesla brought the first crane and is actively wiring the ground preparing for the groundbreaking at the end of this month.
Advertisement

Tesla Giga Berlin work is proceeding like the speed of light. You are about to see videos of the first crane is being delivered and you will see parts of cranes arriving at Giga Berlin. We also saw Tesla digging holes under the L38 road for electrical wiring. I also will show you a more detailed map with a commentary and a new drone video. All of these, from Giga Berlin, from Today, March 4, 2020.

It looks like Tesla is very confident of acquiring the building permit and the Giga Berlin Groundbreaking happening at the end of this month, as it was previously revealed by Grunheide mayor.

Watch this video showing everything that happened today at Giga Berlin and click to subscribe to Torque News Youtube for daily Tesla and automotive news reports.

So, as you see in the above video and images big trucks are bringing the first crane and tomorrow, they will raise it to start the job. This is cool, I am developing sudden fascination with cranes.

Then pay attention to the map of the Tesla Gigafactory 4, where the yellow line shows where the cables are installed. It’s the cable installation line. The red color shows the overall Tesla territory, which Tesla acquired for about 43 million euros. And the rose colored-line shows the area that is cleared from the trees. 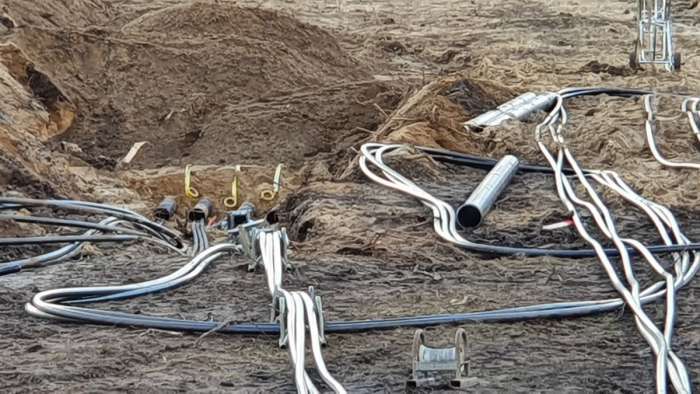 These activities suggest that the groundbreaking of the Giga Berlin site would be scheduled for the near future. According to Brandenburg Economic Minister Jörg Steinbach, the groundbreaking event will likely take place in the second half of March. The event is highly anticipated, especially considering that the Tesla CEO has already confirmed his attendance.

It’s nice to see the that the work is continuing near Berlin. Tesla must feel pretty confident about getting the building permit later this month. One activity that I am not seeing is the sewer system work. But it simply may not be visible as Tesla has been working with care toward the environment, revealed by contractor Arikon.

Also, my local friends are saying that the most machinery and trucks seem to be from local companies, as opposed to - what some people said - from Eastern Europe. So the region already benefits from building. This is true and one of the stipulations for Tesla to get that 100 million Euro grant, which I covered yesterday. Everything, including the research and development has to be from local sources for Tesla to get that funding grant from the German government with an EU node.

Giga Berlin is going to benefit Germany a lot, having a huge impact on the German automotive sector. In fact, Tesla is already actively hiring for Giga Berlin.

March is looking to be one of the busier months for Giga Berlin. On March 5, local citizens will have the opportunity to voice their concerns about the Giga Berlin site to local officials. On the 18th, the building permit for Giga Berlin is poised to be discussed by the Ministry of Economics.

See you in my next story where I am discussing how one high school student from Berlin built a stunning 3D model of the Giga Berlin and why he deserves meeting Elon Musk when the latter goes for the Gigafactory's groundbreaking at the end of this month.