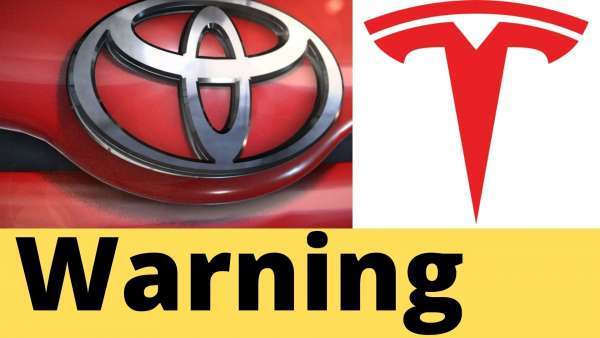 Toyota warns rivals' gasoline engine phase-out goals must overcome huge challenges and this first of all applies to Tesla, Volkswagen and then other EV makers who have a goal of phasing out gas cars.

According to Reuters, a senior Toyota executive will express skepticism before U.S. senators Tuesday about aspirations by rival automakers to phase out gasoline-powered vehicles, saying those goals must overcome many obstacles.

“If we are to make dramatic progress in electrification, it will require overcoming tremendous challenges, including refueling infrastructure, battery availability, consumer acceptance and affordability,” he will say according to an advance copy of his remarks.

Reuters reports that Wimmer will say that while rivals have made aspirational statements, less than 2% of vehicles sold in the U.S. last year were battery electric. He will also note it took Toyota 20 years to sell more than 4 million U.S. gasoline-electric hybrid vehicles.

Next month, in April Toyota is will unveil its first electric SUV.

However, keep in mind that this is not Toyota’s first EV. As Torque News EV contributor Dean McManis reminded me This definitely is not Toyota's first EV. Toyota built an all electric RAV4 in the 1990s, and again in the mid 2000s (with help from Tesla), and they also built and sold EVs in Asia already as well. So this is not Toyota's first BEV (Battery-only Electric Vehicle). But early Toyota BEVs had limited sales, and this might be their first globally available BEV.

Dean says "Even though it sounds like this EV SUV will only be sold initially in Europe, which is unfortunate. I suspect that even though this presentation may reveal a solid state battery (or not) it is unlikely that the advanced battery will be available in any production EVs for several years. And we don't know when the U.S. BEV model will be sold here. But of course it is good news that Toyota is moving forward with BEVs.

"I suspect that we will see the Prius line become the next vehicles that will move to BEVs, adding to the current PHEV and hybrid models available today. I don't really see this Toyota BEV SUV being any more competition to Tesla's Model Y than the VW ID.4, Ford Mach-E, Ioniq 5, or Nissan Ariya will be. But again it will be good news when Toyota's next BEV SUV arrives in the U.S., maybe some time next year."

Toyota may have an important point here, but some people on our Youtube Channel think in speaking out against EV adaption Toyota's goal is not to protect the public but to protect it's market share. Do you agree with this view?

I don't think gas cars will be fully phased out in our life time, but here is what may happen. As more and more people go EV, there will also be lots of people buying used gas cars. So, the gas cars will be mostly phased out. Some will remain, just like some horses remain today.

One person at Torque News Youtube Channel, named PhillBear writes "Gasoline price will be very high (the current low price is a result of high volume). Gasoline stations will probably be very few and far in between. Same as shops servicing ice cars. Parts will be more expensive. There will be no economic reason to keep an ICE car, unless it is a premium/sports/special vehicle."