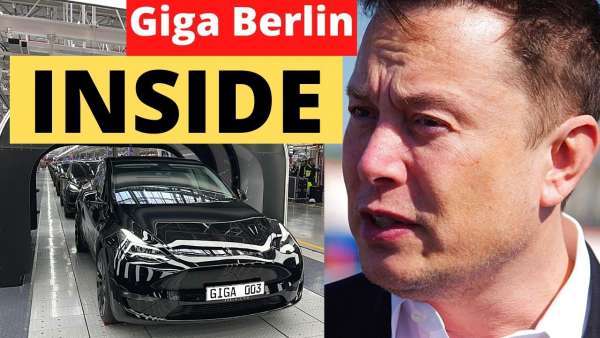 Tesla just released this stunning video of inside Giga Berlin's production of Model Y on its opening day.

After two years of construction, the first European Tesla plant was opened on Tuesday. Numerous federal and state politicians were on site. Tesla boss Elon Musk has handed over the first vehicles "made in Germany". But there was also criticism.

The first European Tesla plant in Grünheide (Oder-Spree) has officially opened after a little more than two years of construction. At the start of production on Tuesday, numerous federal and state politicians were present in addition to Tesla boss Elon Musk.

From the point of view of Chancellor Olaf Scholz (SPD), East Germany in particular will benefit from the new car factory in Grünheide. "In terms of industry, the East is at the forefront," said the SPD politician at the opening of the Tesla plant near Berlin.

Tesla Contemplates A New Strategy for China Retail even As Sales Boom
Jay Leno on Elon Musk & EVs: “I Think He Should Get ... Credit"
END_OF_DOCUMENT_TOKEN_TO_BE_REPLACED