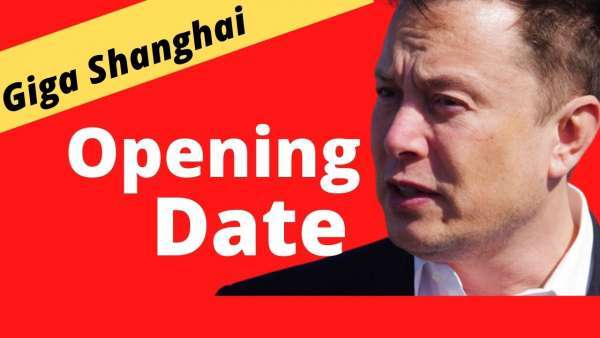 Hours ago Reuters reported that there is an opening date for Tesla Giga Shanghai, according to two sources.

According to Reuters Tesla has received the go-ahead from authorities to reopen on Monday, April 18:

“Tesla is preparing to resume production at its Shanghai plant on Monday following a three-week stoppage, having received the go-ahead from local authorities, two people familiar with the matter said.”

The clock is ticking for the second quarter. A fund company calculated this week that every day that the Tesla Gigafactory in China remains closed due to the corona lockdown and possible after-effects costs the company 0.08 percent of its total production forecast worldwide for this year or 0.33 percent of the quarter . Meanwhile, it is still unclear how long the forced break will last. Rumors about a planned date in mid-May are said to have been denied by Tesla. Recently there was even talk of a restart after this weekend.

Tesla production in China had to rest for the last four days of March and so far for the whole of April. Tesla is by no means the only one affected by the strict new corona lockdowns at the Shanghai site and in other cities - according to the Bloomberg agency , the CEO of the local electric car manufacturer Xpeng said on Thursday that if the suppliers don't work again soon, the entire industry may have to interrupt production throughout May.

Now there seems to be progress, because on Friday the news agency Reuters reported that Tesla wanted to start production in China again after the weekend. The plan has been approved by local authorities, two informed people said. Initially, a restart with only one shift and then a gradual increase in production is planned. Depending on the pandemic situation, there could still be short-term changes.

Tesla Contemplates A New Strategy for China Retail even As Sales Boom
Jay Leno on Elon Musk & EVs: “I Think He Should Get ... Credit"
END_OF_DOCUMENT_TOKEN_TO_BE_REPLACED