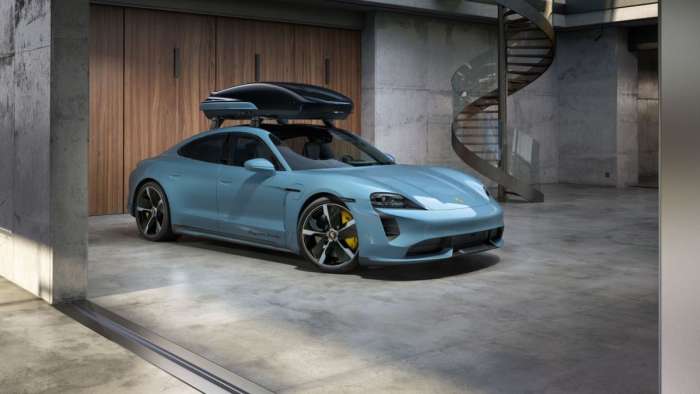 You Can Now Order A Roof Box For Your Porsche Taycan

Porsche Tequipment has announced a roof box that they designed and tested for use on the Porsche Taycan. It will be available for purchase sometime during May 2021.
Advertisement

You may have walked past a “Porsche Design” merchandise store at the airport and wondered why the manufacturer sells its own high-end apparel and luggage. Well, now the answer is clear - so you can store your new Porsche clothes in your new Porsche roof box!

Today, the company announced via its media portal that Porsche Tequipment, the automotive accessory division of Porsche, is offering a high-speed tested, aerodynamic and stylish roof box for the Porsche Taycan.

If you can take your mind back to December 2020, what feels like a decade ago, you will remember that Porsche Tequipment released two new child seats that could be custom ordered in lavish colors with race-quality materials to fit in the Taycan, Macan, Cayenne, and Panamera. And in a follow-up effort to make their family cars more sensible, the PT Roof Box joins the party. 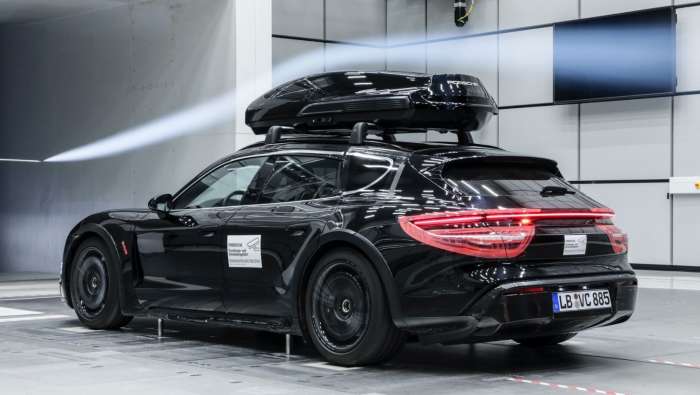 The Comically Intense Design Process For The Porsche Roof Box

Using the word “comically” may infer that we are making fun of Porsche, but that would not be the case. It takes a certain amount of dignity to take such care and effort to develop something as simple as a roof box, but that is exactly what they did.

They started out with a full-scale 1:1 clay model of the roof box, not because they couldn’t use digital programming, but because they wanted to make sure it would work with the three dimensional proportions of the vehicles.

The roof box was also wind-tunnel tested on a Porsche Taycan Cross Turismo at speeds of up to 200 km/h and hustled around test tracks for thousands of kilometers, according to Director of Porsche Tequipment, Derek Schmid. 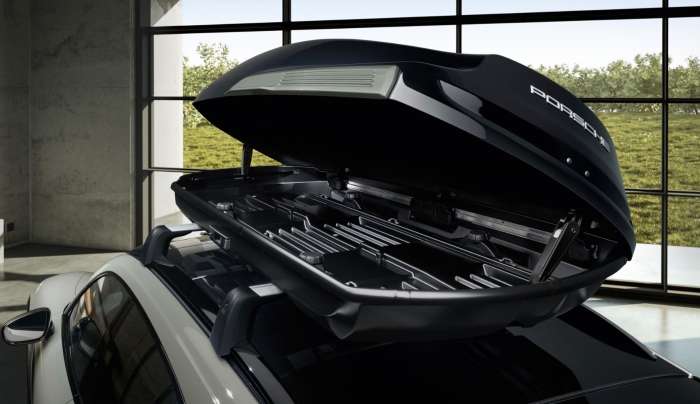 Everything from handling, to wind noise, to vibrations and even endurance conditions were tested and applied to the final product roof box. However, at the very least, it needs to store your stuff. A maximum of 480 liters of luggage and items can be stored within the rigid shell of the Tequipment box.

And this wasn’t a Taycan-specific event either. Porsche’s media outlet says that the Tequipment team will be continuing the research and development of roof boxes for other models as well. That will most likely include the Cayenne, Macan, and Panamera.