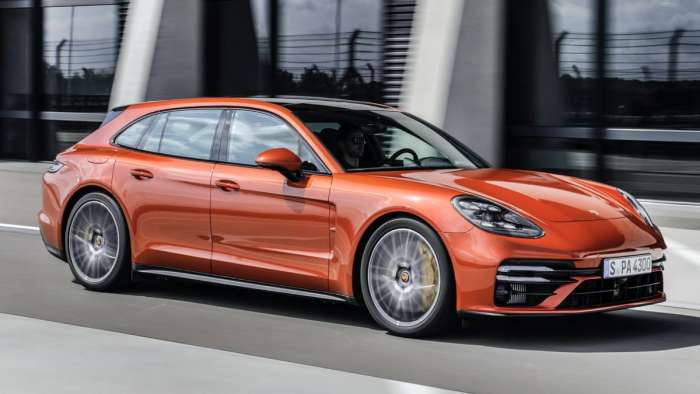 Here’s what you need to know about the New Porsche Panamera, other than how to memorize its comedically long name.
Advertisement

Holy family-car Batman! What else is there to say about this Porsche than 690 horsepower, 642 lb-ft of torque, hybrid, and wagon? Not much apparently as that’s about all we need to know about the latest German powerhouse on the market. It’s hard not to get excited about wagons in America. For years we didn’t get the cool Euro-spec wagons from BMW, Audi, and Mercedes but luckily, Porsche can’t keep its tasty wagon away from its 2nd largest market.

With Porsche’s EV development in full swing and a seemingly never-ending improvement in electric technology as a whole, the E-Hybrid aspect of this car is no doubt the focus of journalists and buyers. But there is much more to talk about beneath its shiny aluminum shell. 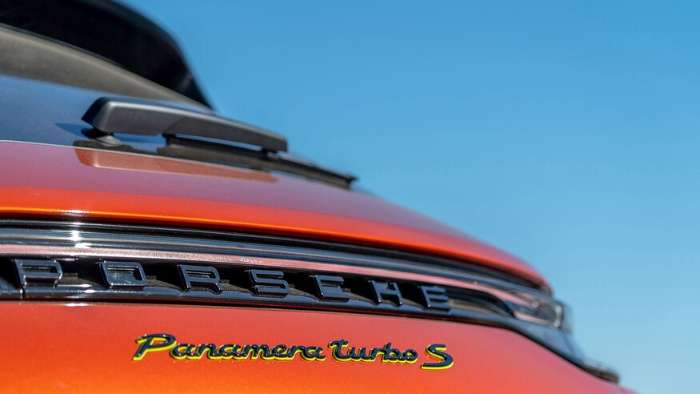 Copy and paste is a good friend when writing about this car, but just like chemistry class, it helps to know what a term means before you memorize it. You know what a 2021 Porsche Panamera is so we’ll start with Turbo S. When Porsche builds any car with this badge, firstly you know it’s the top-of-the-line car, and secondly, you know it is dangerously fast. The Turbo S name came originally from the 964 generation 911 and has made its way onto every modern Porsche except the Cayman and Boxster. It even got slapped on the back of the all-electric Taycan Turbo S.

E-Hybrid is now in the batters-box. If you know what a hybrid car is, this one is self-explanatory. But in Porsche language, the badge usually means that it is more expensive and of course has electric motors helping out the gas engine. While Porsche had hybrid cars before, the Panamera was the first to have the E-Hybrid badge, marking a pivotal point in Porsche’s electric interest.

Finally, Sport Turismo. If you could tell we’re trying our hardest to not spell out the whole name every time, you would be correct. Sounding it out like 3rd graders is more our speed. But speaking of speed, Sport Turismo. This badge is a Panamera-unique name that is fancy-European jargon for “wagon.” The term was first seen at the 2017 Geneva Motor Show on the back of a sparkly-blue Panamera. Back in the 90s, there was talk of a Porsche 928-based sedan that could have become a wagon, but that never made production, so the Panamera holds the honors of the first-ever Porsche Wagon. Now you know what a Panamera Turbo S E-Hybrid Sport Turismo means … maybe. 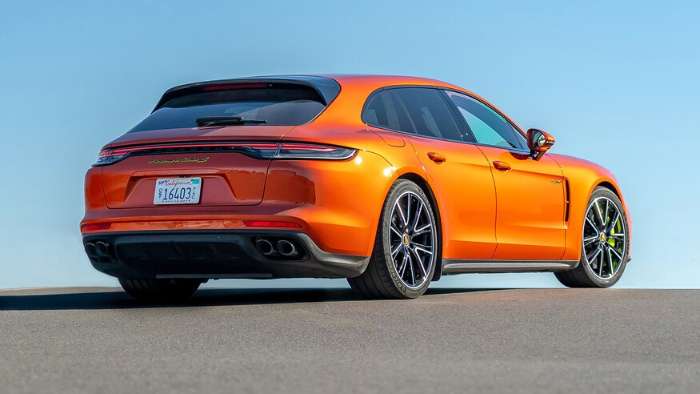 Porsche Says the Panamera Turbo S E-Hybrid Sport Turismo works best when the 17.9 kWh battery is charged at 80% or more - go figure. But when the 4.0 L twin-turbo V8 alone makes an AMG C63-shaming 563 horsepower, the battery juice isn’t much of a game-changer when you can go 0-60 in 3.0 seconds. And in reality, the wagon can go even quicker. Some of the test teams that have gotten their hands on the 2021 model got it down to just 2.8 face-melting seconds.

Real-world city driving gets the Panamera Turbo S E-Hybrid Sport Turismo about 38 miles per gallon. Not quite a standing ovation performance, but a gentlemanly golf-clap seems appropriate. Like most performance cars with more than 600 horsepower, the MPG plummets under hard driving. You could expect less than 15 after a long and windy open road. 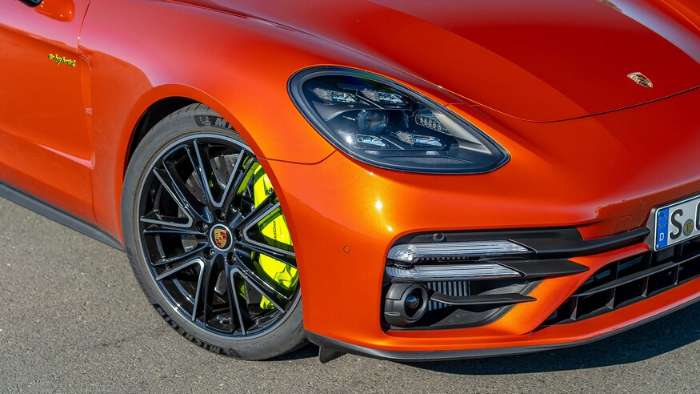 But at least you would enjoy that road. The Panamera’s Sport Plus setting gets you the stiffest of the three suspension settings, a quicker throttle response, more exhaust music, and slicker shifts from its 8-speed dual-clutch transmission. Switching the car into Sport plus turns the Panamera from “sleeper” to “wide the hell awake” in a matter of seconds. A poorly tuned car with this level of suspension stiffness and hardcore driving assists would feel nothing short of a pogo stick ride - not the Sport Turismo though. It isn’t a crazy feat to make a light car, but Porsche can make a 5000-lb car feel light, and that is what they have done with this 2021 model. Its capabilities are not begotten by discomfort. 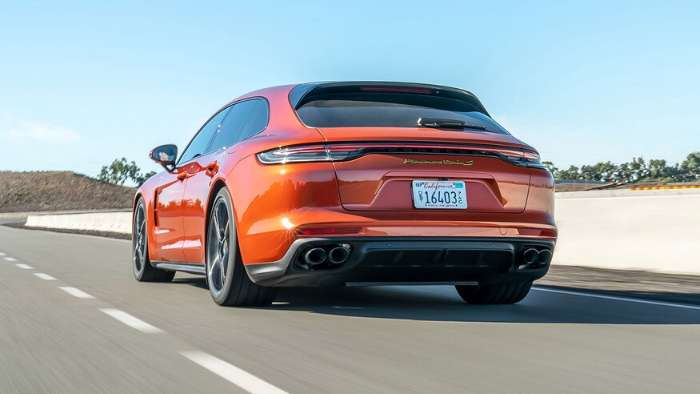 It is both refreshing and exciting to see the performance wagon set in full force. The Panamera with a name too long to think of - sets the segment’s standard very high. You may have seen the Papaya Metallic orange press car floating around the automotive universe, and may we say that it isn’t the best color for this car. We would spec it in Porsche’s Chalk color or Night Blue color but no matter your preference, the elegant lines won’t be tarnished.

Porsche has respectable design for the most part. They make SUVs look pretty damn good and their sports cars are unmissable. This Panamera is no different. The GTS variant of the current Panamera Sport Turismo generation is one of our favorite-looking cars on the market right now which helps this 2021 shine even brighter.