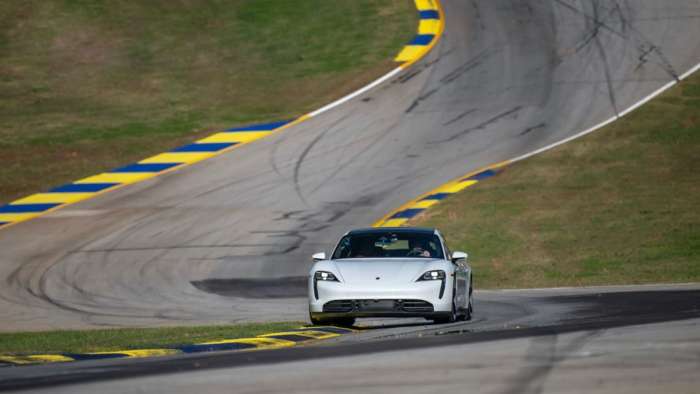 The Taycan Turbo S didn't waste a second going around Road Atlanta and only took 1:33:88 to complete a hot lap.
Advertisement

What is it with Porsche and setting records all the time? It seems as if every time a new car comes out of Porsche’s GT department, it goes and shaves a second of its previous Nurburgring time. But EVs are one of Porsche’s biggest focuses for this coming decade, prompting them to once again sit atop the king’s hill at the racetrack.

The Taycan set off to Road Atlanta to do just that, but this isn’t the first time the Taycan has set a record in its short life. Just two weeks ago, Chris Harris and Porsche took a rear-drive Taycan to the Hockenheimring and set the EV continuous drift record. The Taycan assumably also has countless streetlight drag racing victories as well, if that counts for anything. 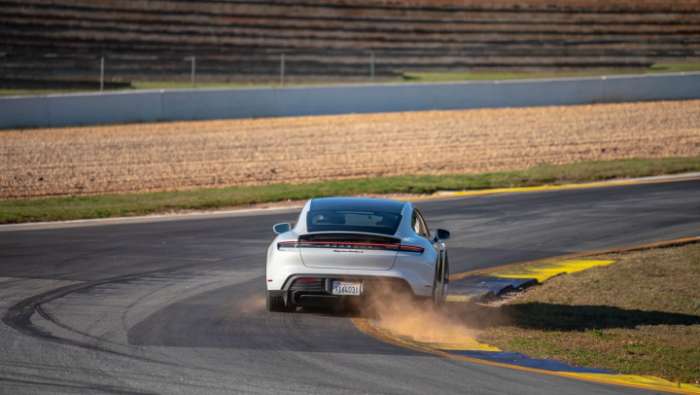 Porsche selected professional driver Leh Keen to pilot the 614 hp Taycan Turbo S around the legendary circuit. Keen is a decorated racing driver who has driven Porsche’s GT racecars before along with a long history of building privately owned Safari-style 911s.

Once Leh was in the seat, the Taycan had been equipped with the standard-issue Pirelli PZero Elect series tires, custom made for the Taycan itself. The wheels are 21 inches both in the front and rear but Porsche decided to stagger the tires - 265/35R21s in front and 305/30R21s in back.

The Taycan Turbo S lapped Road Atlanta in just 94 seconds with Keen behind the wheel, making it the quickest EV to ever put rubber to pavement at the Petit Le Mans Circuit at Road Atlanta. And of course, Porsche recorded the whole thing so we could sit in awe as the Taycan swiftly moved its hips through the high-speed corners. 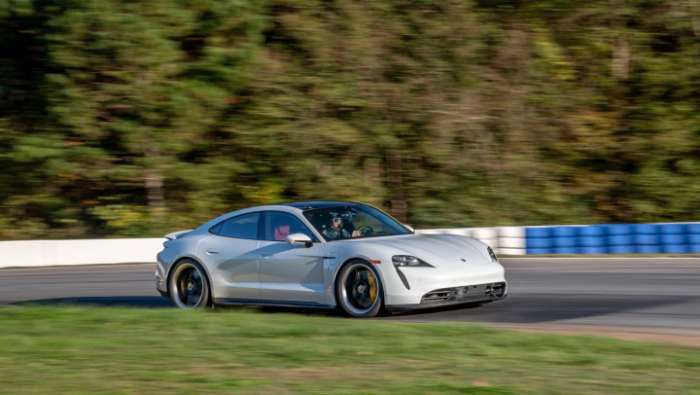 Watching the video shows us how Keen used pretty much all the available tech that was baked into the Turbo S. He undoubtedly relies on the torque-vectoring systems on the tighter corners and you can see how stable the car is through fast bends thanks to the active sway bars.

From what we could tell from the video, the Taycan’s monster torque and corner entry were Keen’s biggest obstacles. The Taycan is so inhumanly responsive and powerful that when he was going into corners, it upset the rear end a little bit. The torque-vectoring is what allowed him to rocket out of those low-speed corners even though the car wasn’t fully planted.

Regardless of the video, Road Atlanta isn’t the easiest track to navigate. Porsche and Keen together did something that we knew was coming but wasn’t a piece of cake. A 1:33:88 lap is very respectable on that particular track. The car that holds the next quickest time above Keen’s 1:33:88 is a C7 Corvette Z06 driven by none other than Randy Pobst. Randy is a seasoned veteran and pretty much sets a lap record every time he’s out on track, so Keen and the Porsche team should be proud.