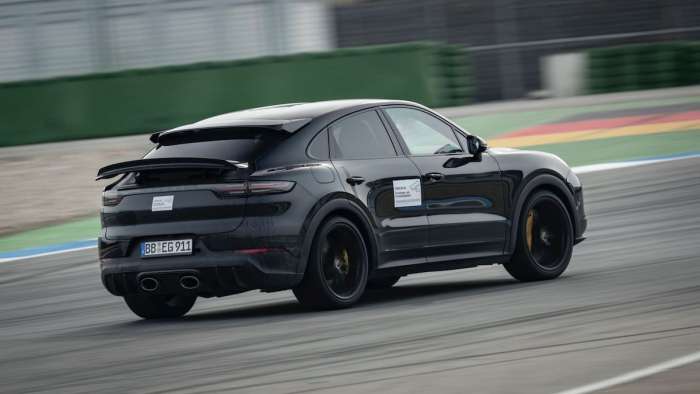 The performance SUV segment grows hotter and hotter by the year, and Porsche's 2022 Cayenne Turbo Coupe prototype is gunning for the top spot.
Advertisement

The Cayenne Coupe came out in 2019 as a sportier, performance-oriented and more aerodynamic version of the regular Cayenne. SUV customers have, over time, grown more interested in buying ultra-capable SUVs to mesh the comforts and practicality of a utility vehicle with the horsepower of a modern muscle car. But even after the Cayenne Coupe’s debut a couple years ago, the public remains hungry for higher stakes and more performance out of Porsche’s big SUV.

Set to debut in June, this new 2022 Cayenne Turbo Coupe will produce 631-hosepower (90 more than regular Turbo coupe) from its 4.0-liter twin-turbo V8, passing all the other Cayennes accept the 670-horsepower Cayenne Turbo S E-Hybrid 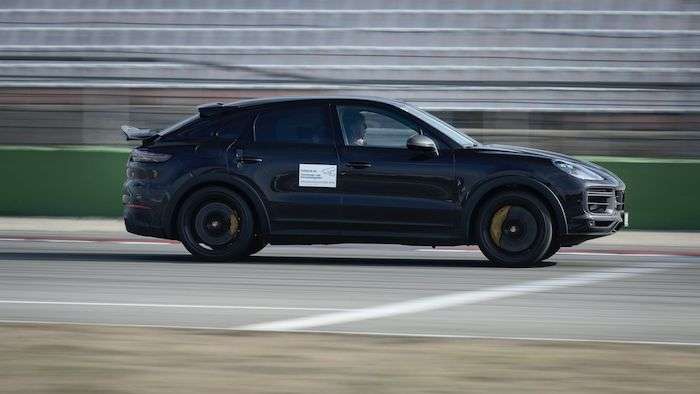 Though not a ton has changed for this mid-generation refresh of the Cayenne, Porsche put them where it counts. The front facia has been changed to accommodate a new splitter and larger air ducts that feed into the engine and brake rotors. The brakes in question will be carbon ceramic, and judging from the existing Cayenne Coupe, it could have the 10-piston front calipers and 4-piston rears.

The Turbo Coupe’s roof-mounted spoiler gains extra surface area for aerodynamics and the separate active rear wing has gotten larger too. The rear-end party continues with a redesigned diffuser that is claimed to increase high-speed stability and decrease wind turbulence. The prototype that Car And Driver piloted had 22-inch Neodyme wheels fitted with Pirelli P Zero Corsa summer tires. 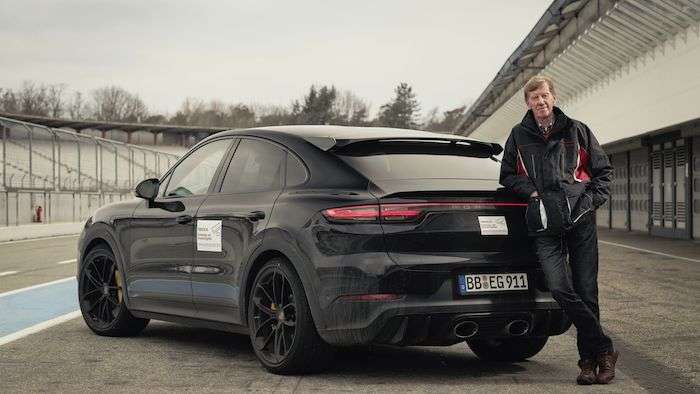 The only major interior change is to the rear seats which now only seat two rather than the three that the bench seat could handle. There are some additional contrast-stitched alcantara trim pieces and a thicker leather steering wheel to add to the car’s sporty enigma.

The new Cayenne Turbo Coupe will have an all-wheel-drive system fed through the industry standard ZF 8-speed torque-converter automatic transmission that received a programming update for the launch. The AWD system will be capable of shifting its front to rear power bias from a 40/60 ratio to a 20/80 ratio for more ‘spirited’ driving. 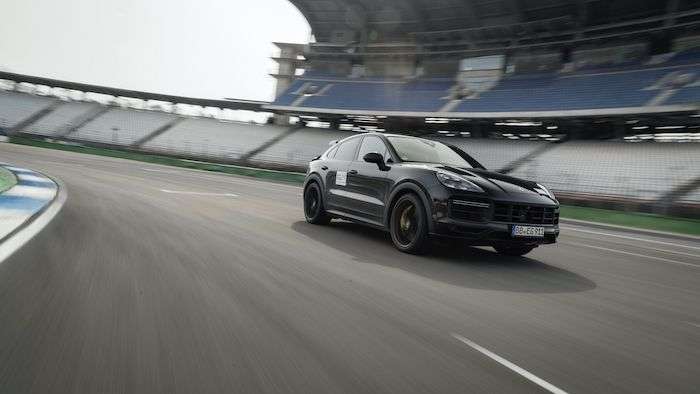 Public commentary would have you believe that this new Turbo Coupe version is a not-so-subtle spit in the direction of its VW Group sibling, the Lamborghini Urus. And they would be correct. The Cayenne Turbo Coupe’s spontaneous refresh is nothing more than a 1-up to the segment’s most outrageous sport utility vehicle in the Urus. We know that the Urus can get up to 60 mph in just 3.1 seconds and sometimes even quicker thanks to its 641-horsepower twin-turbo V8 and AWD. The Lambo’s raked back roofline is most certainly resembled by the Cayenne Coupe and it's no secret that this inter-company rivalry will push both models to their limits in the future.

Mark Day wrote on May 21, 2021 - 7:50pm Permalink
I'm still waiting for a domestic, or Asian, manufacture to offer an interesting high-performance compact SUV (preferably non-electric). Currently, I'm not aware of any, so I'm not in the market for anything new. One of my current rides - a 2012 RAV4 V6 4-wheel drive Limited.
DeanMcManis wrote on May 23, 2021 - 4:17am Permalink
Porsche (and Lamborghini) definitely know their loyal buyer base, and this looks like a solid evolutionary improvement in design and performance over previous models. In terms of acceleration, nothing is going to be quicker than the Tesla Plaid Model X, with a 0-60 time under 2.5 sec, and 1/4 mile time under 10 seconds! This will not affect traditional Porsche buyers at all, because they are driven more by all the other Porsche attributes like design, sound, feel, superior build and materials quality, and of course status. But it will be interesting to see Porsche's upcoming Macan EV, and the eventual Cayenne "Turbo" EV due out in a few years time.