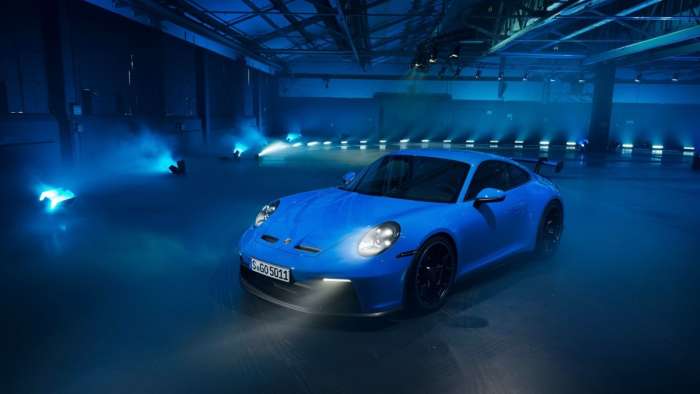 Two days ago, Porsche revealed the new 992 GT3 to the world, and continued the naturally aspirated dynasty of its GT division.
Advertisement

When Andreas Preuninger cooks up a Porsche GT3 car, it usually follows a strict ingredient list: big wing, no rear seats, fast Nürburgring lap time, and hold the Turbos. And for the 992 generation, this legacy still hasn’t dared stray from those core commandments.

The basics of the car as a whole will lay out on the table as 502 horsepower, 346 lb-ft of torque, an estimated dry-weight of 3262 lbs, and a complete front end from Porsche’s own 911 RSR race car. Of course, this is nothing new - since the 996 generation 911, Porsche has been developing the GT3 variant with this similar vision in mind. But over 20 years since then, this German attack dog has learned some new tricks. 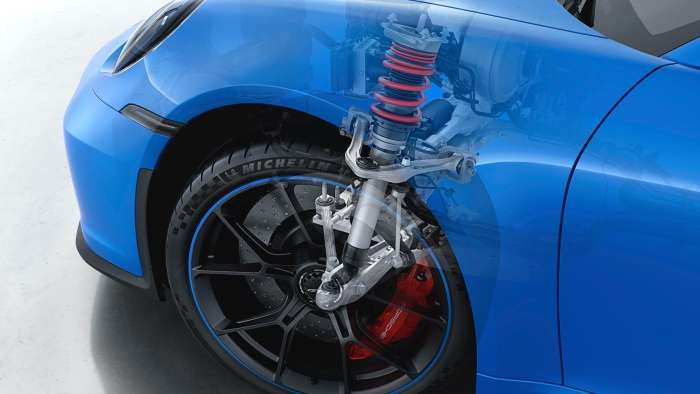 The front suspension has been a key focus of the automotive community in the two short days it's known about this car. So what’s all the fuss about? To put it in a few words - ‘unequal-length control-arm front suspension.’ For those with lives, it means the front suspension is derived almost directly from the design of the 911 RSR’s front end, a motorsport weapon and legend that was developed nearly 8 years ago and is finally now seeing its fruits used on the street.

This front-end setup is beneficial as it helps with the negative camber and the way the angle is used to get the power to the ground and generate maximum G-forces. The GT3’s new active dampers are something of a marvel as well with their capability to change valve pressure once every 10 milliseconds. That’s 100 times per second. 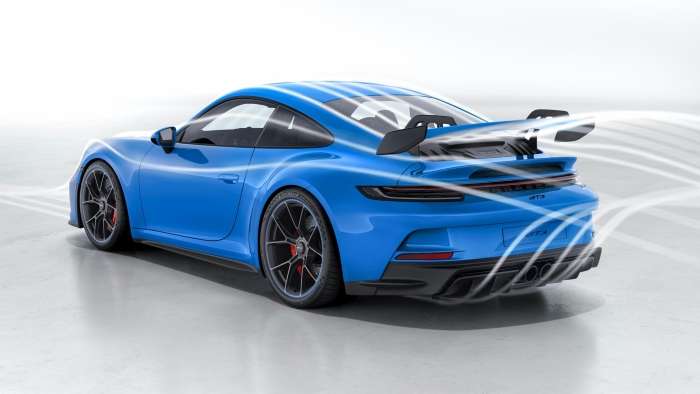 Going around the Nürburgring in under 7 minutes, as was officially posted yesterday, requires substantial improvements in drag coefficients and downforce. Luckily, Porsche utilized the aero department to its full capacity for the 992 GT3.

As seen before, the swan-neck rear wing, which eliminates any vacuum effect underneath itself, has been affixed onto this model. Porsche says it acts like an airplane wing but flipped upside down. Air moves quicker across the underside of the wing and slower on top creating a reversed lift, a.k.a downforce.

The wing, along with the aerodynamically-improved front-end, gives the GT3 a 150% increase in downforce from its predecessor. 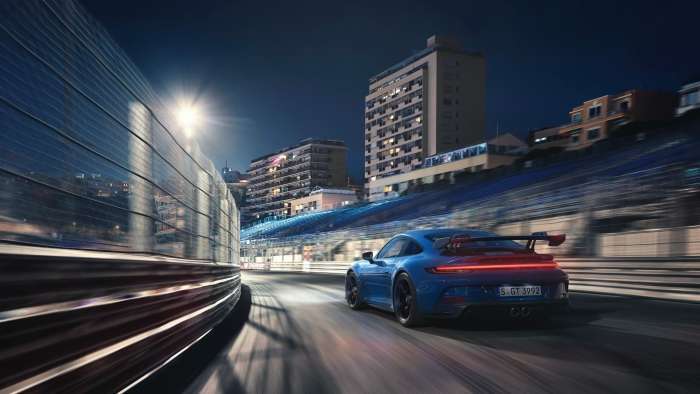 The 2022 911 GT3 uses the 4.0 liter, naturally aspirated flat-six that gave it its reputation years ago in the ever-so-popular 991.1 version GT3. Power is up 27 horses since then, and the throttle body setup has changed as well. Customers now get 6 individual throttle bodies feeding into the plenum, and more than likely, creating a sound that only 9,000 German rpms can make.

The 7-speed PDK and 6-speed manual will get the GT3 from 0-60 mph in 3.2 and 3.7 seconds, respectively, Porsche says. Top speed comes out to 197 mph for the PDK and 198mph for the manual. A half second may be a big difference in today’s supercar universe, but the manual is the clear driver’s choice. 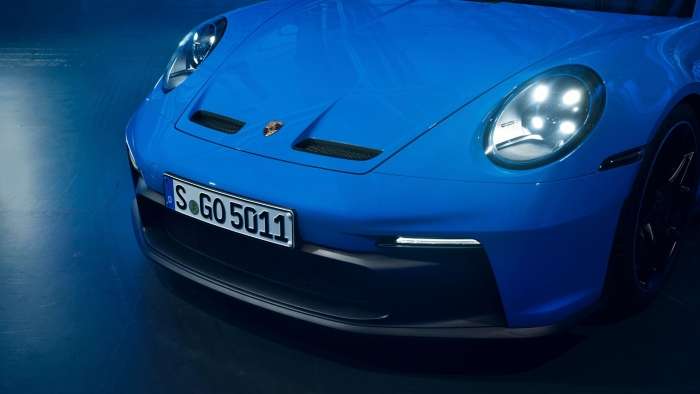 According to Car And Driver, they predict the new GT3 will be priced as close to $145,650 as possible. After options and other fees, the new GT3 will be well over the $150,000 mark, but still cheaper than a Taycan Turbo S, showing us once more that Porsche’s EVs are gunning for the flagship position.

However, the GT3 is a long-running nameplate that undoubtedly has the cult following and popularity to sell like nobody’s business, and we can’t wait to see them on the road. 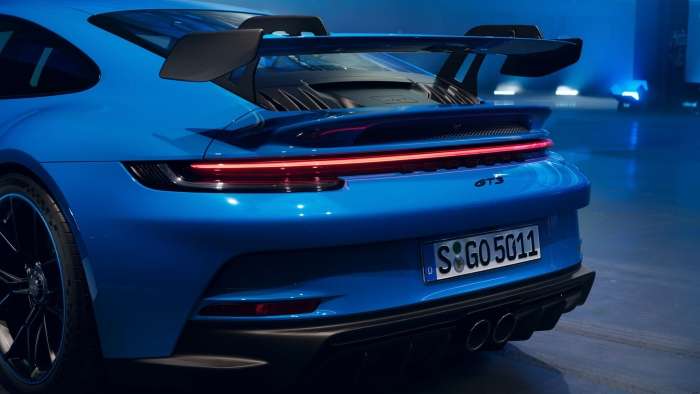