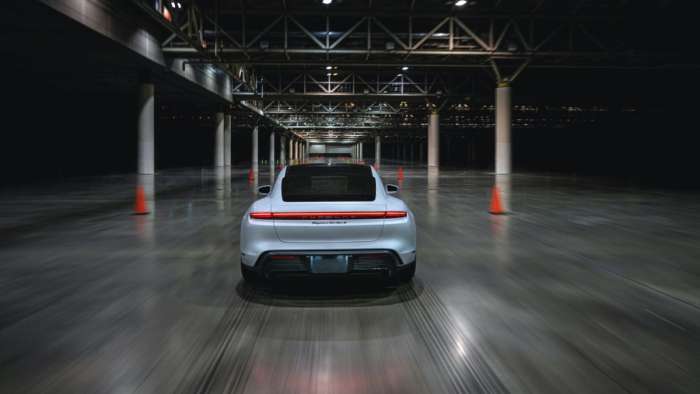 Porsche is wasting no time racking up records in the last few months, and the Taycan Turbo S is now the fastest indoor car.
Advertisement

Doing 100 mph doesn’t sound too impressive at the surface. But doing it within the confines of a singular building, now that is something new. On Wednesday, Porsche announced that they had once again teamed up with pro driver Leh Keen and broken a record with the Taycan. But the driver-manufacturer duo didn’t go to Laguna Seca or Road Atlanta, they went to the Ernest N. Morial Convention Center in New Orleans.

Keen was able to get the 2021 Taycan Turbo S up to a Guinness Book of World Records-verified speed of 102.6 mph, and then slow it all the way back down all inside one building. And yes, the building is huge. The New Orleans convention center had about 1 million square feet of space for the Taycan to run its course. But even with that amount of space, 102 mph is painfully difficult. 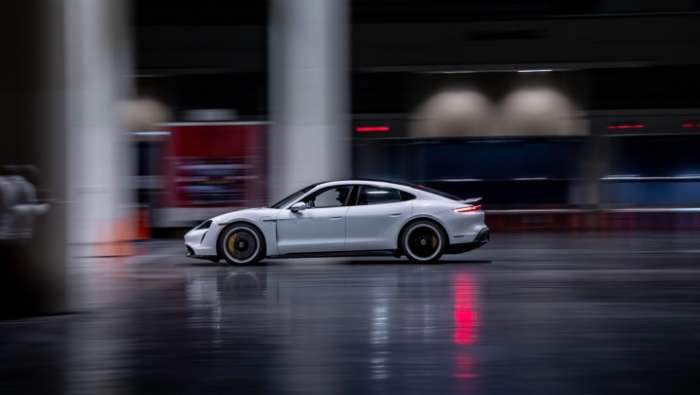 A typical land speed event doesn’t involve an actual manufacturer or company. In fact, it usually involves a bunch of older guys and gals with 1500 hp firebirds doing death-defying speeds on a salt flat. It's even more thrilling than it sounds, I promise. But on a salt flat, the courses are a couple of miles in each direction, and there’s a lot of room for slowing down, that’s why Porsche’s 102.6 mph inside a building is insane.

After Porsche and Keen got the verified record, Keen said getting used to the surface of the floor was a challenge. “I didn’t really appreciate the scale of the record attempt until my first exploratory run. The surface is so unpredictable, so slick, that you have to have complete trust in your car,” Keen said. “It truly was like ice – and you’re accelerating flat out, facing a really hard wall at the end. Suddenly, even in a massive space like the one we had, it seems very small.” 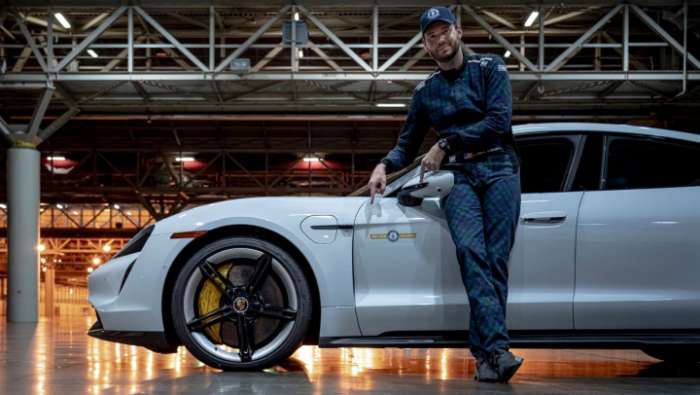 Porsche says Keen's strategy was to do several practice runs at low speed and build up his confidence to do a big run, or two. To get the record though, it took Keen just one try. “I used the car’s launch control and the Taycan just hooked up – the sensation of speed indoors, even in such a big space, is enormous – that wall rushed up fast,” Keen said. “I was gentle on the brakes in the end – the Taycan’s brakes were more than up to the job.” 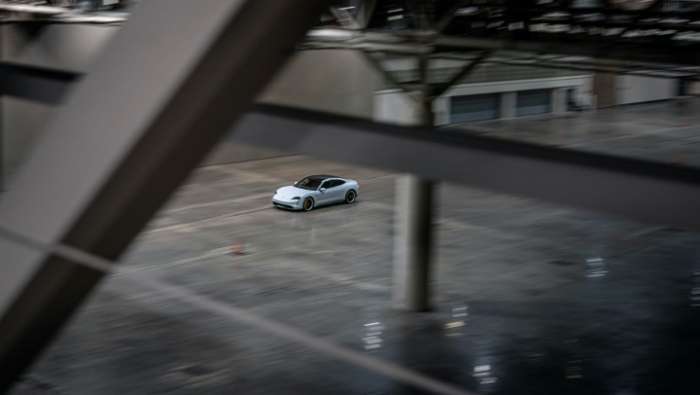 Of course, we’re glad that the Taycan Turbo S has those big carbon-ceramic stoppers, for if they were any less effective, Leh may have taken that Taycan through a wall.