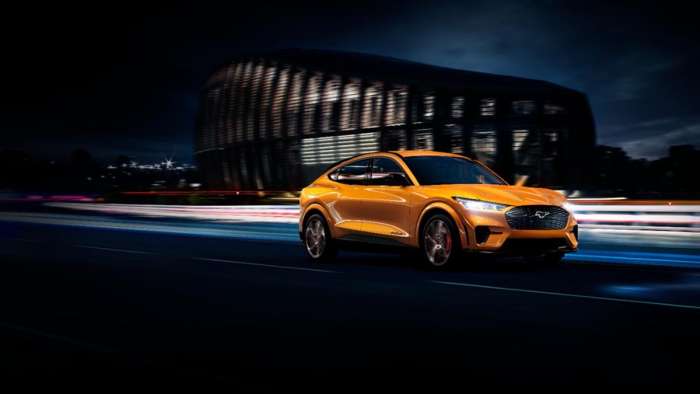 I’m not going to rehash my issues with the Mustang Mach-E. I’ve said my peace, circulated my petition and have not changed my opinion, despite what some people may think. I’m moving forward, just as Ford is, that the Mustang name will be on a crossover and probably other non pony car iterations.

And it also appears that Ford is fully planning on the Mustang name to be a sub-brand. Again, I’m not sure how I feel about that, and I know many, many Mustang enthusiasts who are wholly opposed to such an idea.

One rumor circulating is that Ford will offer a four-door muscle car version, similar to what Dodge did with the Charger. The Charger has proven to be a great seller and good idea for the Dodge brand, without damaging the persona of the muscly Challenger. There's also talk of an all-wheel drive hybrid Mustang coming for the 2022 model year.

I do think Mustang will survive, despite some of the unfortunate direction Ford has taken the pony brand. That being said, Ford was proud to announce a new, exclusive color option for the GT version of the all-electric Mach-E that might interest some of the Mustang community. 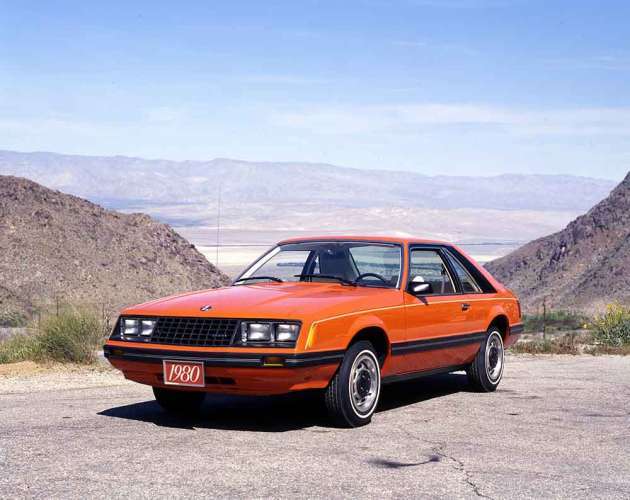 Ford has used this color during previous generations of Mustang including the original 1965 year, the Mustang II generation (1977-1978) and the Fox Body also got Cyber Orange version in 1980. Kudos to Ford for trying to preserve Mustang heritage, even if doing so on an all-electric crossover rubs many enthusiasts the wrong way.

In other more exciting true pony car news, we now know a little more about the 2021 Mustang Mach 1. 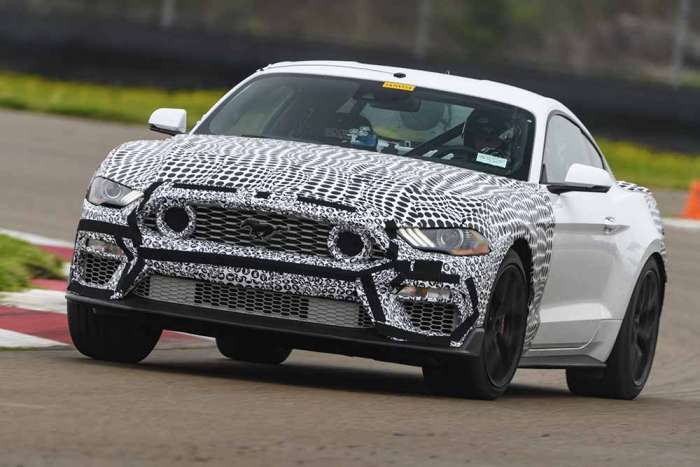 True enthusiasts will crave the manual transmission option and according to a source at Ford, the Mach 1 will have that option. Of course this raises questions since there’s now a class action lawsuit over issues with hard, violent shifting regarding the manual transmissions in earlier generations of Mustang. Ford doesn’t seem concerned with that and will proceed (for now) with a manual option for the upcoming Mach 1.

Also, The Ford Authority speculated how much horsepower will be generated from the Mach 1’s Coyote engine. While the naturally-aspirated 5.0-liter V8 is impressive, some enthusiasts (again) were left feeling it might fall short of their performance expectations for the Mach 1.

Hey folks, at least there will be a manual transmission to appease some of the old-school Mustangers.

I realize it’s unusual times in general at Ford, and the loyal Blue Oval fans are frustrated. They feel (rightfully so) that Ford isn’t respecting their passion, or respecting Mustang heritage enough. I get it. I stand with you in this cause. Remember, I was the guy who started the #NotAMustang movement and the petition to remove the Mustang name from the Mach-E.

That came with a price as I upset many in Dearborn and find myself on the outside looking in often when it comes to news and inside information (blacklisted?). But I don’t regret, and I still stand pat that the Mustang Mach-E is #NotAMustang. That being said, I’m resolute that Ford is going forward with it and will likely create a sub-brand out of the Mustang logo. In a way that’s the most respectful thing they could for the Mustang.

Now it’s time for you to weigh in. I love hearing from the Mustang community. What do you think about the Mach-E? Are you satisfied with the Coyote engine in the Mach 1? Leave me your comments.

Gary wrote on June 10, 2020 - 6:00pm Permalink
In the second sentence, you wrote ‘said my peace.’ The correct phrase is ‘said my piece.’ One ‘holds their peace’ at a wedding. Good article though!
Rocky Roberts wrote on June 11, 2020 - 1:00am Permalink
Personally have no issues with the Mach-E. As a Mustang fan for as long as I remember and being born just 11 days after our beloved pony car, extending the name to other types of vehicles honestly seemed like a logical business decision. As long as the actual Pony Car exists, what’s the harm? Some say the Mustang II isn’t a pony car. “A 4 or 6 cylinder engine shouldn’t be in the cars.” Or they aren’t “real” Mustangs. Have no desire to own another crossover. (Wife has one). But putting the Mustang name on one would get me, a lifetime Mustang person, to look at them while we didn’t look at other Ford crossovers before buying her current one. Could care less what others think of my eco boost S550. Its my Mustang, and I love it.
Jimmy Dinsmore wrote on June 11, 2020 - 12:34pm Permalink
I understand the dislike and the hatred. I get it. I can't discount that or dismiss it. But I also am now resolute that a Mustang sub brand is happening, and as I said in the article, that only makes the Mustang stronger and more likely to be around longer.